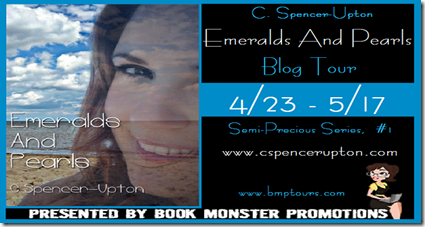 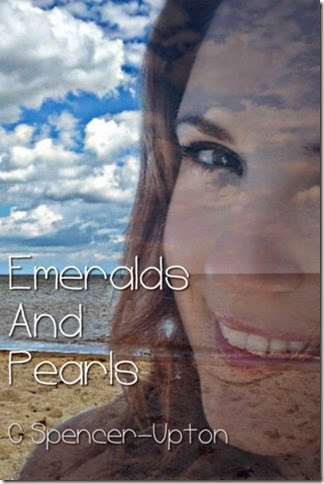 I've spent seventeen years being a wallflower. Seventeen years, watching people live their lives, while mine stood still. I was happy for those years, nothing new happened because I never let it, every day was the same and predictable.
When my parents told me we were moving...to another state, I freaked.
I spent the first week, after the move, wishing I could move back. But then something changed, I became a someone, and to begin with I enjoyed it, but I soon learned, some things aren't always as they seem.
I have two lives now. Both of them are testing me, pushing me to my limits.

I was lost. I had no idea what was happening, or when I would stop. I felt like I was flying at the speed of light – only through the ocean – with a brick wall behind me and a steel bar across my stomach, pinning me too it. The only sound was the voice of the angel, keeping me calm. Telling me “It's okay. Don't panic Chel’s.” Dying didn't feel that bad. My eyes remained squeezed shut, and I continued to hold my breath, just in case there was still a chance that I'd make it.

I was quickly whipped round, and was shooting towards the surface, that tiny glimmer of hope latched onto my heart. Maybe I would make it, and all of this would be like a bad dream.

My head broke the surface water and I gasped the biggest breath I could. I was panting uncontrollably as I tried to regain my composure, oxygen never tasted so good. Or did it?

It was eerily quiet, there was no wind, no atmosphere and the sea air smelt damp and musty. I slowly tried to ease my eyes open, rubbing them with the heel of my hands. Peeking through my lashes I found darkness. I rubbed my eyes again and opened my eyes wider and still, it was just darkness.

My mind wandered back to the bar that barreled into my stomach, not long after the pain had subsided. It was still there, pushing me against the wall. I calmly moved my hands and placed them on the bar, preparing myself to break free. As I adjusted my hands on the surface I felt... skin.

My breath hitched in my throat, goose bumps bubbled up under my skin, out of fear. Who or what was it? I was unable to remove my hands, too scared to move.

“Are you okay?” The male voice asked from nowhere. It wasn't threatening or scary, in fact it made me feel calm. Calmer than I was a few seconds ago.

I took a deep breath, trying to keep my voice calm and steady. “Yes. I think so,” was all I could muster.

“Good. I need you to do me a favor” his voice was closer to my ear than before, it made me jump slightly, surprised by it's proximity.

I wriggled slightly, to see if I could break free. I couldn't. Instead, the grip tightened. “Sure, anything.” I wasn't in the greatest position to reject a favor.

“I want you to hold on to this” The 'bar' removed it self from my stomach, and two hands carefully grabbed my hips, spinning me around and lightly pushing me against a hard, slimy surface. “Hold on here, I’ll be back in a sec'.”

My hands gripped tightly around something, like a protruding rock high above my head. The water splashed in the darkness a couple of times before silence fell again.

His voice in the darkness startled me “Close your eyes. It'll sting if you keep them open”

I gulped loudly and nodded, which was pointless because whoever was there, couldn't see me. I squeezed my eyes shut, clamping them together, before burying my head under my arm. My baggy shirt was clinging to my body and my hair was dripping a slow river down my back, I was getting colder by the second and wanted nothing more than to shower, bury myself in my pajamas and dive into bed.

The sound of something scraping against rock, brought me back to my current dilemma. There was a click and suddenly I could see light creeping in through my closed eyelids. I raised my head slowly at the sound of more scraping.

The water splashed a few more times, then two warm hands gripped my shivering body, around my waist. I instantly stilled. I felt my body being dragged away from the wall, reluctantly I released my grip and allowed whoever or whatever was holding me, to move me. The light became brighter the more we moved, but I was too scared to open them. I didn’t want to confront this nightmare.

I felt a stone-cold wall come in contact with my abdomen, shocking me yet again. The hands slowly turned me, so my back was pressed up against it. My breathing was slowly becoming more erratic, my heart was close to beating out my chest and I wanted nothing more than for all this to be over with.

“Slowly open your eyes. You don't want to make them sting.” The mystifying voice was so close, and yet beginning to sound so familiar, minus the echo.

Slowly but surely, I peeked through my lashes, sure enough the bright light stung as my eyes readjusted after seeing the darkness for so long. I tried again, opening gradually and allowing them to adjust before opening any wider. My vision was still slightly blurry, but eventually, everything came into focus. I skimmed over the cold, damp cave, fear gripping at my body. I noticed the ledge that I’d been gripping onto, it being the only thing that protruded out the walls, everywhere else was smooth and slimy. Then I noticed the light. It was perched on a shelf in the cave, like a little dugout. It was a cheap, plastic looking battery lantern that you'd probably buy a child, camping for the first time. Lastly, I looked at the person holding me.

My heart pummeled against my chest, as I took in the bare chest, the strong muscular arms and strong hands that were gripping tightly at my waist.

His bright smile had my breath catching in my throat. It had been so long since I’d seen it “How you feeling?”

“Cory?” the question a mere whisper as it left my lips

He chuckled. “In the flesh. Now seriously, how you feeling?”

I glanced around at my surroundings once more, “Confused. Definitely confused.”

“Is that all? You didn't hurt yourself or anything?”

He took a moment to glance around the cave himself, looking as if he was trying his hardest to find away of telling me without scaring me. “We're in the rock?” his eyebrows muddled together apologetically and he gave a halfhearted smile.

“In? In the rock? How the hell do we get out?” I scanned the cave once more, looking for an exit. Nothing.

I watched as Cory's eyes drifted to the water “Same way we came in?”

“No. No. No. I'm not swimming down there.” I pushed at his bare arms, trying to free myself from him. I wanted to get out another way and I’d do it without him.

“Stop panicking” he caught my wrists and pinned them to the wall, away from my body. I continued to squirm, but it was useless. “We need to talk.”

“And look where that’s got you. I told you not to jump in and now your here. If you'd have let me talk and had listened to what I had to say, none of this would have happened” His breathing was becoming heavier, as he became angrier, but he looked like he was trying his hardest to calm himself down. I stopped squirming and stared into his eyes. Not wanting to break contact, to prove I was just as mad as he was.

“When I jumped in, I became tangled. Can you at least get the net from my legs so I can swim?”

His body eased up slightly and his face became sorrowful. He seems to have the ability to

Born and raised in a small mining town in Derbyshire. Caroline (The C in 'C Spencer-Upton') has spent her adult years building a home and a future based on what's in front of her, and for a while, that was all she needed. Family, friends and the dog.

In 2012, that all changed. Her new love of reading became a drug. Living in a fantasy became her happy place to escape from reality. Her imagination came to life and ideas that had laid dormant for years, came rushing back to the surface and Emeralds And Pearls was conceived, her debut novel.
In October 2013, that new chapter in her life started and Emeralds And Pearls were introduced to the world.

Caroline works a normal 8-5 job which has nothing to do with literature. When people discover that she has written a novel, the look of shock on their faces is enough to bring a smug smile to her face, knowing that people underestimate her.
Writing is her escape. She loves reading about you guys enjoying something she loves.
This is the start of a new story of her own and can't wait for you guys to be a part of it.