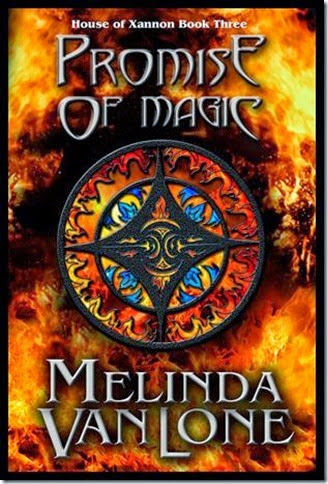 On instinct, Tarian bowed her head in return, shocked. “Dulra. Welcome.” She breathed the words, awed by the presence of creatures she’d only known through legends. What is the Balance Court doing here?

“Tarian A’marie Maitea Xannon, of the House of Xannon, Keeper of the Water Artifact, you are summoned to the Balance Court.”

She’d been summoned, and every particle of her being cried out to answer it.

Despite the advanced stage of her pregnancy, Tarian has some explaining to do. Fulfilling her Agreement with the Carraig was an issue of honor—but it led to complications. The Keeper of the House of Xannon is called to account, and Tarian must embark on a dangerous mission which could cost her the life of her unborn daughter, end in disaster for all planes of existence—or save the world.

Some promises are deadly to keep. Will the promise of magic be one of them?

Tarian forced her eyes open to focus on the rock in front of her. Earth as dense as anything she’d ever seen, more power than she’d ever experienced. The feeling of old that surrounded it. The sense of longing as if the stone itself wanted freedom from the long and arduous task it had been set. She grabbed onto the longing and let the stream of energy pour into it, into the Stulos, then twisted it as she’d done once before. Another twist, and the flow of power into the Stulos reversed. Three streams of colored light became one solid column of white.

A thousand voices sounded in her head. High ones, low ones, her sister’s voice, dolphin cries and emotion, all around and through her. The energy bound them into something greater than mere humans and Ancients. They were timeless. Eternal. It was almost like she felt when she made love with Daric, but…different. At once more intense and at the same time more encompassing. Less personal. More global. As though the universe spoke through her, and she through it. The awe of it. Tears spilled onto her cheeks.

The voices rose in her head. Everyone joined in as the power flowed around and through, around and through, until she, the Caraigg, her sister, the baby, and the dolphins were all one with it. The crack in the Stulos widened, a giant lesion extending from the floor all the way up until she couldn’t see the end. Cold retreated, heat entered. A loud snap. The Stulos shattered into a million pieces that hung suspended in air for a flash of eternity before rushing outward to the edges of the cavern.

A dolphin cry sounded, triumphant, exalted, as the world exploded in a rain of cold fire, magic power, ash and lava.

Tarian Xannon is the Keeper of the Dolphin Throne, though she was hoping to wait a lot longer to inherit the title. But due to the untimely death of her mother, she’s now the leader of the magical Society, and in the process of providing the next heir, along with picking up the pieces from the epic battle that stole her mother’s life. She’s 25 years old, and would much rather be either in the ocean swimming with the Water Ancients, sparring with her best friend in the Arena, or hanging out in Philadelphia at her favorite coffee shop.

This interview took place before Tarian launched into the chaos of Promise of Magic. I never really thought about it before. My mother would have told you I’m stubborn, quick to act, and too independent. Those seem like good qualities to me. But I doubt she’d agree.

I’m okay with people not knowing much about me. Knowledge is power, I’ve been told.

*Rubs belly* The baby. I had to make deals to save my family that resulted in…well. Let’s just say that as much as I fought against it in the beginning, I’m glad I had to go through the Succession Ritual, because the world will never know exactly who her fathers are. I used to think it was a ridiculous way of providing an heir, but now…well. It’s better this way.

I’m not easily scared off. Though lately, being pregnant has made me a little more cautious. I’m not afraid of it. Not exactly. Just not sure I’m really great mother material.

I want to keep my family and friends safe. And I want to be a good leader. *Laughs* Not sure that’s possible. I’m not my mother. Calliope is really much better suited for the title of Keeper, but I’m stuck with it so I’ll muddle through. Somehow.

You mean like marriage? *shakes head* As the Keeper and leader of the Society, I won’t ever be married. Our family is matriarchal, both the title and the responsibility are passed from mother to daughter. I do have Daric, though. He’s as close as I’ll ever get to a stable relationship. He’s my lover and my friend. And one of the men who helped produced this child.

Non existent? *laughs* Calliope is much more the fashionista. Give me jeans and a tank top any day.

I’m sure my mother thought I was a rebel of the worst kind. But I wouldn’t call it that. I see the need for rules. I just don’t agree with all of them.

I’m not sure I have one. Yet. I know some would call motherhood their greatest achievement, but…I’m not so sure about that. Maybe you should ask the baby when she’s grown up.

Happiness is being in the ocean, surrounded by my strongest element, riding the freedom of the waves. It’s the only place I can be alone, except for the Water Ancients of course. And I love visiting them.

Uh…I don’t know. Irritated? Pregnancy has slowed me down, and I don’t like that. I’m not used to my body being this shape. I can’t fight. I can’t run. And she kicks me all the time! It’s like a soccer match going on in my stomach. It’s just not natural.

The Dolphin Throne. It links me to the Water Ancients, and protects the house and my family. It’s been passed from mother to daughter for thousands of years. It’s why I was born, to keep and protect it.

Probably my ability to harness Water, Air and Fire. Nobody’s been able to manipulate three elements in hundreds of years. Even my mother could only tap two. Though she was much stronger in those two elements than I am, with the third I could definitely come out ahead in a fair fight.

Losing control. I’ve been under the effects of a dominion spell and it was the worst moment of my life. I don’t ever, ever want to feel that way again.

The last person I despised is no longer among the living, so I don’t currently despise anyone. Though I’m sure that’ll change. There’s always someone trying to piss me off.

Regret. Funny word. I never really knew the meaning of it until a few months ago. But now…now I know. I guess the biggest one would be that my mother will never know my child. It’s my… I don’t want to talk about it. Can’t change the past. No point in digging it up.

Nice change of topic. I like men who are confident and able to match me in the Arena when we practice fighting. I like a man who’s comfortable being around a woman in charge. A nice smile doesn’t hurt.

As a lover, or as a friend? I don’t swing that way, so…yeah. As a friend. Huh. I don’t have many…any…women friends. At least…well there’s the potential for one, but I don’t really know Macari well enough to call her friend. I have my sister. She’s my rock.

I don’t really do much reading. I leave that up to Calliope.

Alex, for his loyalty. Daric, for his passion and friendship. My sister Calliope, for being so much like my mother it hurts sometimes. Daric’s mother…because she’s everything a mother should be.

If you’d asked me a few months ago, I’d have said…never mind.

Hah! I’d get this pregnancy over with. Seriously, she won’t stop kicking me. 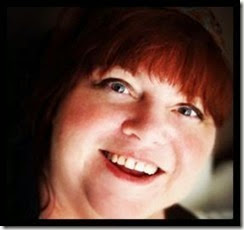 Melinda VanLone writes fantasy and science fiction, freelances as a graphic designer, and dabbles in photography. She currently lives in Rockville, Maryland, with her husband and furbabies. When she's not playing with her imaginary friends you can find her playing World of Warcraft, wandering aimlessly through the streets taking photos, or nursing coffee in Starbucks.