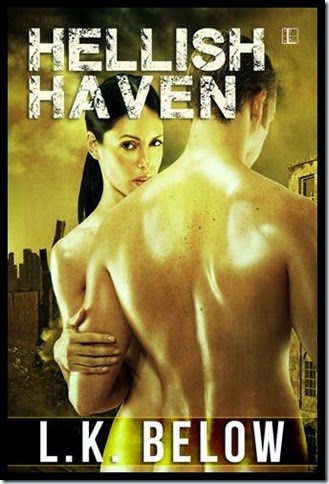 Two lives. Two realities. But only one truth.

The Senator reigns all-powerful in a manifested picture-perfect world. No worries. No wars. Only the unspoken threat of oblivion if you step a toe out of line. On the other side of the divide, the rebels face a debilitating war against an invulnerable robotic army. Every day is a struggle to earn back their freedoms. Freedom to feel. Freedom of speech. Freedom of thought.

Sergeant Grant Baker is pivotal to the war effort. But ever since his wife’s abduction, he’s been walking around in as much of a daze as the Senator’s brainwashed citizens. Then Eva reappears—without memories of him or their son. And he’s willing to do anything to keep her. Even if it means jeopardizing the war.

Eva doesn’t know which side to believe. Her predictable life as a single nurse, or the man claiming to be her husband. All she knows is she needs to discover how to end the war, quickly. If she doesn’t choose sides soon, she may lose the man—and the life—she never knew she wanted.

Acting as vanguard for the injured squad, Grant turned a corner and froze. A hulky man carried a limp woman over his shoulder.

Grant automatically reached for his gun. Even if they weren’t yet across the divide, he couldn’t stand idle as a man accosted a woman. Or worse. He aimed the rifle at the criminal. “Set her down nice and easy.”

The man froze. He glanced over one meaty shoulder, his unshaven mouth set in a scowl.

A gold tooth flashed as the criminal grinned. He hurled the small woman at Grant and dashed for the slim space between two buildings.

Grant moved without thinking. His gun clattered to the ground as he lunged forward to catch the woman before she split her head open on the sidewalk. He grunted as he caught her with her weight against his bruised forearms. He shot a flickering glance her way. A riot of brown curls obscured her face. He set her gently on the ground.

He dashed for the opening the shady figure had disappeared into, but saw no sight of the man. The delinquent was long gone.

Ashland panted as he jogged to Grant’s side. “What happened?”

If Grant never heard that question again, it would be too soon. He shook his head wearily. “Mugging, I guess.”

“They still have those here? I thought the Senator brought an end to violence.” Ashland drew sarcastic quotes in the air as he spoke.

Grant didn’t bother to answer. He turned to the woman and where his squad was now gathered. A horrified private glanced from the woman to Grant and back again. “What do you want us to do with her…sir?”

If they left her, the Senator’s people might find her and stick her back in the pen with the rest of their brainwashed sheep. Then again, that same goon might double back to continue what he started.

He crossed to the woman and crouched to lift her into his arms. Her tangled hair fell away from her face. He nearly dropped her. “Eva?”

Frantically, he pressed his ear to her chest. Her breathing was shallow, but her heartbeat steady and strong. He clutched her tighter. He couldn’t believe it.

Character Bio: Born in the Bronx, Eva was a straight-A student who put herself through nursing school. When the impossible happened and the government began brainwashing its citizens into compliance, she joined a resistance movement in Manhattan, where she met and fell in love with her husband Grant Baker. She now lives with Grant and their son, Miguel. 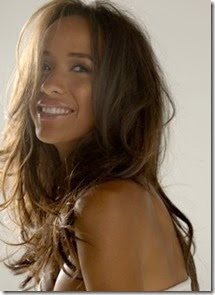 I can get a little cranky in the morning, especially without coffee. If you threaten to do something to my family, I will travel to the ends of the earth to stop you.

I loved my job as an emergency room nurse. At one time, I hoped to go back to school to become a nursing administrator or a nurse practitioner.

I’ve always felt awkward around my young nieces and nephews. I worried it would be the same with my son, Miguel.

My family dying. We’re in a situation where this is more likely to happen every day.

Peace. Freedom. I want the white picket fence with my husband and Miguel. You know…without the war attached.

I used to be a lot more fashion-conscious. These days, I wear whatever is comfortable and combat-ready, usually military fatigues.

Depends who you ask. If you ask the American government, I’m pretty sure my husband and I have made their Most Wanted list.

Miguel. I don’t know how I would keep going without my son…and his father, too.

A quiet picnic, lying on the grass and picking shapes out of the fluffy clouds.

Alert. I have to be, these days.

The Senator, though we’ve never met face-to-face. That is, if he truly is a person and not a figurehead.

That I was careless enough to be captured by the government. If I could, I would go back and stay in bed that day.

I like men, especially my man, to be considerate. The little things remind you how wonderful a person is -- like if he gives you the last cup of coffee instead of keeping it for himself. That is marriage material.

I’m no believer in damsels in distress. If you find yourself in a bad situation, get yourself out of it. Don’t wait for a man.

I used to love masked vigilantes like Zorro or Robin Hood. Now, it seems like we would need an awful lot of those to make a difference.

I admire my husband for the strength he has shown in the face of all that has happened to us. He tries to hide it, especially from Miguel, but I know that my abduction has taken a hard toll on him. On all of us.

I would give up anything if I was able to regain the memories the government wiped from me. Grant tells me stories -- about how we met, about Miguel’s infancy -- but they only serve to hurt me more. I will never remember what it felt like to hold my son in my arms for the first time, I won’t know his first smile or his first steps. I have him now, and I have my husband, but I do wonder what our life would be like if I was whole, and able to recall these precious things.

Take one day at a time. 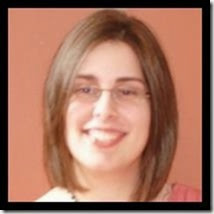 L.K. Below wrote Hellish Haven to bring her love of Orwell’s classic 1984 into the modern day…or near future, as it turns out.

She reads as obsessively as she writes and likes to Tweet about both at @LBelowtheauthor.