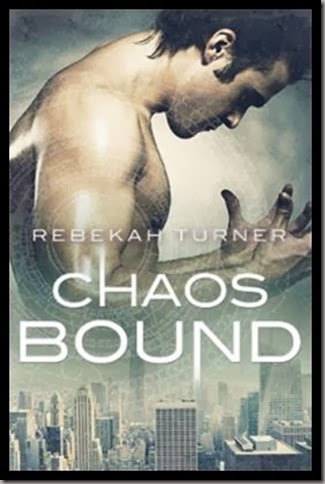 Chronicles of the Applecross

The long-awaited sequel to Chaos Born takes us back into the Applecross, where Lora faces increasing threats to her survival and her chance at love.

Lora Blackgoat — mercenary and smuggler — has only just recovered from the last threat on her life and hasn’t even begun to sort out the mess of having both a nephilim warrior and a reborn hellspawn as potential lovers. Work should be a refuge, but a job finding missing persons puts her in the crosshairs of a violent gang and a merchant with a taste for blood sport.

Reluctantly, Lora turns to the two men in her life for help. Roman — the nephilim — professes to be her soul mate and turns to her when he feels the darkness of nephilim madness descending. But though Lora is drawn to Roman, it is Seth, ex-lover and reborn hellspawn, who Lora must ultimately ask to protect those she loves. Can she trust Seth to save Roman and her adoptive family, or will this be a fatal mistake?

No one had liked Rae Dowler. His nickname had been Captain Chunky, and that was from his friends. He'd been a greedy bastard in life and now, in death, was a weight on my conscience. This was the second co-worker to die on a job with me. The first one I’d had to behead after he'd become infected at an exorcism with a demonic entity, along with the client. Thankfully, my sword had been nowhere near Rae Dowler when he'd dropped dead of an old-fashioned heart attack. Still, people liked to talk.

Spring had bloomed in the bustling city of Harken, and instead of the usual rain, or tepid fog, the narrow, crooked streets had been flooded with gentle, golden sunshine. For a city used to constant downpours and overcast skies, the unexpected weather was viewed with some suspicion and considered most unseemly.

A warm afternoon wind was blowing though the cemetery, ruffling black skirts and sending hats sailing. I watched as the coffin was lowered into the ground, only half listening as a priest of The Higher Path faith droned on about eternal life.

Dowler had been in the Runner industry for over forty years. He was the only other Runner at Blackgoat Watch that didn't mind being sent on jobs past The Weald's guarded entryways: out into the modern world, with its buzzing technology, flashing neon lights and all things deep fried. Transporting anything from the Outlands back into the hidden Weald was illegal, but somehow Dowler always managed to return with a tray of Winkie Bill's Crème Donuts. A tray he never shared, mind you. Just sat in the kitchen of Blackgoat and scoffed the lot before he had to go home to his wife. In light of his less than stellar diet, I guess the heart attack that killed him wasn't a complete surprise.

Gideon, my benefactor and owner of Blackgoat Watch, stood to my left, reeking of stale whisky and boredom. Cloete, another runner at Blackgoat, was on my right. A five-foot dynamo, Cloete was otherkin: her bloodline a mixture of succubus and goddess-knew-what other interbred, mystic race. Today she was wearing leather pants and a suede coat, her petite horns hidden under a bowler hat. Her inky-black tail wrapped around one leg, the end tapping impatiently against her thigh. Tails were tricky things, always giving away the mind of their owners. Tails never seemed to lie and I was thankful I didn’t have one.

The priest said 'amen' and people dutifully took their cue and began shuffling away. Dowler's widow, a heavy-set woman with coarse hair and fleshy jowls, tossed wilted roses into the open grave, her expression a mixture of sadness and regret, with a pinch of what looked like suspicion.

‘Thank Kianna's sacred tits that's over.’ Cloete yawned, tail unravelling from her leg. ‘Who's up for a brew at Growlers?’

‘That was the most boring funeral I've ever attended.’ Gideon copied Cloete's yawn, covering his mouth with a hairy hand. He was decked out in a long frock coat with a red carnation tucked in the lapels and a natty yellow necktie. Gideon was a full-blooded satyr, and though he made every effort to look human, today he'd forgotten a hat, and his tangle of steel-wool grey hair revealed the tops of his horns he'd had amputated years ago in an effort to fit in. He'd also forgotten the contacts that changed his slit pupils to round, and his fancy-made shoes didn't match. All this, and his hangdog expression, suggested he was struggling with a hangover.

‘It wasn't that boring.’ I tried to sound indignant on Dowler's behalf, but came off sounding guilty. I was busy praying the wife didn't notice me.

‘Before I forget, Lora,’ Gideon paused to yawn again, ‘I need you to come in to Blackgoat tomorrow to talk about a new job.’

‘You've already got me babysitting the theatre bimbo,’ I reminded him. It was a simple bodyguard gig. No real threats...low stress...limited chance of beheadings.

‘Please.’ Gideon looked pained. ‘Nicola Grogan is an actress, and a fine one at that.’ He sniffed and flicked a finger at his carnation. ‘And I must say, that doesn't sound like gratitude from where I'm standing.’

My lips tightened, but I had enough smarts to pause before I spoke, giving my brain a chance to kick in. After being passed over for jobs because other Runners refused to work with me, I was in no position to turn my nose up at any opportunities. I'd only attended one other successful exorcism job since the beheading incident. That client had been high profile: the daughter of the Lord Mayor Corelli. Unfortunately, the Mayor was a staunch advocate of the Church of Higher Path, who frowned upon things such as spells and magic, seeing them as blasphemy. Blackgoat Watch had been hired by Mayor Corelli's wife, who'd sworn Gideon to secrecy, all of which meant I couldn't put the job on my brag sheet of clients I hadn't killed. As things stood now, Gideon had been forced to strong-arm Rae Dowler to work with me on a stakeout of a suspected cheating husband. The fact that the job hadn't ended well for Dowler was now going to make me a social pariah. Again.

Gideon grunted and made a beeline for the rickshaw he'd hired to chauffeur him to and from the cemetery. Despite his dishevelled look this morning, Gideon liked to think most people couldn't pick he was a satyr, and that he was a master of disguise. No one had the heart to tell him he wasn't.

I rubbed my right lame leg and leant heavily on my goat-headed duelling cane, jealous of the rickshaw. After downing two espressos and three pastries from a local bakery, I'd walked to the cemetery as an act of contrition. Orella Warbreeder, my adoptive mother, had been lecturing me on how walking would do my joints wonders. But after standing in one place for so long, my hip had seized. I had half a mind to beg a lift with Gideon when a wink of light caught my eye, coming from the line of pine trees hedging one side of the cemetery. The light blinked again. I was no super spy, but had enough smarts to know when someone wanted my attention.

‘Eh?’ I realised Cloete had asked me a question.

‘Drink?’ She mimed throwing back a tankard of beer.

Her eyebrows lifted. ‘Self-pity is an ugly emotion, Lora.’

Cloete pursed her lips. ‘You won't be bringing your boyfriend, will you?’

‘Boyfriend?’ My eyebrows arched. ‘Who would that be?’

‘Are you serious?’ Cloete snorted. ‘You think people aren't gossiping about you making goo-goo eyes at that fire and brimstone Regulator?’

I flushed. ‘His name is Roman, and we're just friends.’

One side of Cloete's mouth jerked up. ‘How very teen drama.’

She began to stalk off, then paused, glancing back at me. ‘Just make sure you come to Growlers tonight, yeah? I want to talk to you about something important.’

‘Fine, fine.’ I gave her a surly look. ‘I'll make sure my teen drama doesn't follow me.’

Cloete chuckled as she left, striding towards the city with a smattering of other burly-looking Blackgoat Runners. I'd heard she'd flat-out refused the protection detail for Nicola Grogan. I wish I could have done the same. Spoilt actresses were bad for my health. There was another flash from the woods and I got the impression someone wanted me to hurry up.

The hairs on my neck prickled and I turned to see Dowler's wife. Her lips peeled back and she hissed at me, sounding like a kettle on the boil. I opened my mouth a couple of times before managing to mutter condolences about her loss.

‘This was your fault.’ Her eyes were slits of fury, face dry of tears. ‘My husband's blood is on your hands.’

But the widow was already leaving, an elderly man escorting her away. She let herself be led, back stiff with anger. I watched her go, feeling miserable. How was Dowler's death my fault? A small voice told me I was a jinx, so that kind of made it my fault. I balked as the widow pulled away from her escort and stabbed a finger at me, spit flying from thinned lips. ‘You're the angel of death, Lora Blackgoat. You bring nothing but misery into people's lives.’

Her escort tightened his grip, threw me a scowl, and hurried her from the cemetery. I was the only one by Dowler's graveside now. Even the grave attendants had retreated for a break, leaning against headstones and smoking tobacco pipes.

I unbuttoned my coat and adjusted my work-belt with its heavy pockets, loaded with knick-knacks most useful in a fight. This included pouches of salt, the one medium guaranteed to act as a conduit to the ley-lines that ran under the earth and fuelled all magic. It wasn't hard to cast; took a few years of training to get the concentration right, then chuck a bit of salt, shout a few words of power in the language of your choice, and hey presto, you could set your own hair on fire. My belt was well stocked with salt, including one pouch of my own special mixture: powdered consecrated silver, salt, and half a teaspoon of gunpowder. I called it my Sucker Punch Special: guaranteed to rock your socks when you needed it. Feeling prepared, I braced my cane against my bad leg and strode towards the line of pine trees. 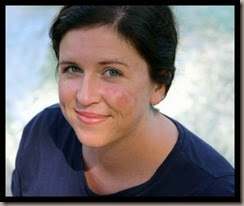 Rebekah lives in sunny Queensland and has worked in the past as a graphic designer. She now does freelance work when her kids are looking the other way. An avid writer since she could scrawl in her dad’s expensive encyclopedias, she has progressed from horsey stories to tales of dark fantasy with lashings of romance and a sprinkling of horror.