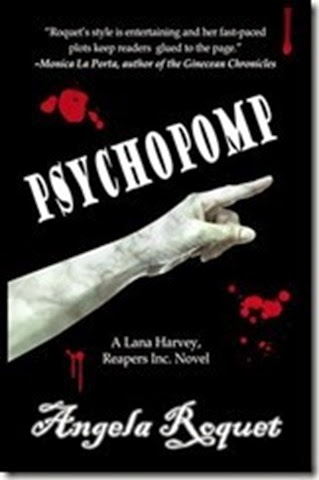 In war, everyone loses...

Reaper Lana Harvey is finding out the hard way. When Grim's new second in command, Jenni Fang, recruits her for a special mission, the biggest victory over the rebels is tainted by a crushing and immediate reprisal. The rebels have a new general working in the shadows of Limbo City, luring gods, reapers, demons, and souls to the dark side.

The Afterlife Council’s orders to locate the new rebel base are overshadowed by a desperate and mysterious plea from Grim to find the abducted Greek god of sleep, Hypnos. Where Lana and Jenni find one, they hope to find the other. But some discoveries have a way of bringing one to their knees.

Caim’s ship hadn’t changed much, except for the addition of a few dozen hell spawn scaling the masts and railings of the black boat. The main deck was an overflowing mass of leathery flesh and barbed tails. A herd of satyrs paraded around the quarterdeck, puffing into wooden panpipes, while sirens and succubi danced to the haunting tune, spinning frenzied circles around splintered mast poles. The wind ripped at their hair and grazed their naked bodies, leaving chapped patches along their thighs and breasts.

Caim lounged along the edge of the stern deck. His pale skin looked sickly and transparent. Despite the heat and the abundant nudity, he wore a thick, dark robe. His black wings were oily, almost sparkling in the broad daylight. Where his chin and jawline ended, the flesh peeled away, leaving the length of his neck raw and tarry. The sight of him made me cringe. I couldn’t imagine what it did to Jenni.

Caim reached out to fondle a siren as she spun by, clawing at her flesh with his blackened fingertips and leaving deep cuts that quickly welled with purple blood. He cackled, flashing sharp teeth and black gums. The siren hardly spared him a gasp before falling under the spell of satyr pipes once again. She swayed and rubbed against a succubus, smearing the forgotten blood until they were both coated. A leathery winged demon dipped down to steal a taste with his forked tongue.

Gabriel’s grip under my arms tightened. “This is a terrible idea.” He grunted under the weight of me and my axe. The paint on his wings probably wasn’t helping either. One slid up my arm and I hissed from the roughness of it.

“I agree, but it’s a little late to turn back now.” My heart accelerated in my chest as I scanned the ship, desperately searching for an opening. It was looking more and more like a crash landing would be our only option.

A few seconds later, Maalik rounded the stern with Jenni in tow. It had been a smart move putting me with Gabriel. Maalik would have never dropped me on Caim’s ship, and the plan would have been shot all to hell. He glanced across the chaos to find Gabriel and me, and I could tell that I was still getting top billing on his worry list. I could live with that today I decided, taking in the scene unfolding beneath us.

Gabriel sucked in a tight breath. “Show time.” Then he dropped me on a pile of napping hellcats on the forecastle deck.

Lana is an eighth generation reaper. She is currently the captain of the Posy Unit, a division of reapers who harvest large quantities of souls from natural disasters, battlefields, epidemics, and the like. Lana’s best friend is the archangel Gabriel, and her current boyfriend is Beelzebub, the Lord of the Flies. When she’s not escorting souls to their afterlives, Lana enjoys having a drink at Purgatory lounge with her reaper roommates or floating down the Styx in Beelzebub’s houseboat. 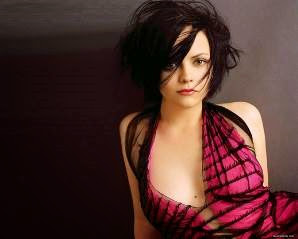 Hmmm. Best quality? I’m pretty good in a crisis. I’m still alive anyway. My worst quality would have to be my taste in men. Dating guys from hell is just a recipe for disaster. There’s the media, the commuting, the hellfire and brimstone.

Heh. I think there’s more that I wish people didn’t know about me. Blackmail is a bitch.

I’m the only reaper made exactly in Grim’s image. I even have all of his fancy powers, like the ability to see the potency of a soul… and the ability to reach inside someone and completely undo their existence. To erase their very history. That’s not something I’ve shared with many. It’s too scary.

The council finding out that I was made special-order, which would be considered a breach of the Peace Treaty of Eternity. It could mean my execution. Or Grim finding out that I helped replaced the soul on the Throne of Eternity right under his nose. That could get me dead in a real hurry too.

Peace. I don’t mean to sound all Mother Teresa, because I’m really not. I’d like to see the rebels fry in a vat of boiling oil. They’ve taken so much from me. It’s personal now. The peace that will follow, once I destroy them all, will be blissful. I hope.

Beelzebub seduced me, and now I’m grading essays for his demon defense course at the Reaper Academy. So lover’s toil isn’t all fun and games, but I think it’s worth it. Besides, he buys me the very best battle accessories.

I dress to kill. Sometimes literally. I range from jeans and tank tops to leather and lace. Three hundred years yields an impressive wardrobe. But my combat boots go with everything.

I am NOT a rebel. I swear. 100% loyal to the Afterlife Council. Cross my heart and hope to die.

Staying alive. That never gets old… or does it?

Sugary coffee, boat sex on the Styx, a naked run up a desert trail. Followed by a big meal prepared by Jack, Bub’s butler. Fetch with the hellhounds, stargazing on the mountain observation ledge. That’s a typical day off spent at Bub’s summer manor in Tartarus.

My battle axe is pretty amazing. It was hella expensive, but boy, was it worth every coin. On the more nostalgic side, I do cherish the crystal headbands that my mentor gave me when my apprenticeship ended.

Probably my big mouth. It’s always getting me in trouble.

Meng Po’s nasty tea. It gets the job done, but gawd does it leave a bad taste in my mouth. For days.

Seth, the Egyptian god and leader of the rebels. This whole mess we’re in is all his fault. He’s at the top of my hit list.

I watched someone I care about die recently. I regret that I didn’t act quickly enough to prevent it. I can’t think about that right now. Vengeance is all I’m left with, and I plan on making the most of it.

Loyalty. Not just to me, but to the Afterlife Council. My life is complicated enough without sleeping with the enemy.

I sometimes think it would be nice to be an average reaper without this dark, lethal secret. Life was a lot simpler back when I thought I was nothing special. 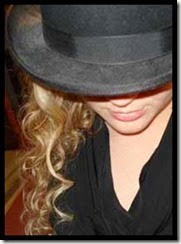 Urban fantasy author Angela Roquet is a great big weirdo. She collects Danger Girl comic books, owls, skulls, and random craft supplies. Her obsessions include the Wizard of Oz, over-sweetened coffee, and all things Joss Whedon. She's a fan of renewable energy, marriage equality, and religious tolerance. As long as whatever you're doing isn't hurting anyone, she's a fan of you, too.

Angela lives in Sedalia, Missouri with her husband and son. When she's not swearing at the keyboard, she enjoys painting, goofing off with her family and friends, and reading books that raise eyebrows. GRAVEYARD SHIFT, the first novel in Angela's Lana Harvey, Reapers Inc. series, is now available for FREE on Kindle, Nook, & Smashwords.

You can find Angela online at www.angelaroquet.com