The citizens of Leola live in fear of the dense, dark forest that borders their town. Men disappear into the brush or are found dismembered as if they were attacked by a rabid Beast. But fear of a different kind also breeds in the citizens of Leola. For Valerie Mason, starvation is worse than potentially disappearing. With her former guardsman father drowning his troubles in spirits, it’s up to Valerie to keep them afloat by any means necessary…even if it means breaking the law.   Young Aubrey, the future Lord of Leola, fears that once he dies, the pages of his personal history will be left blank. When he hears of the dangers threatening his town, he knows the only way ensure that he lives on in the memory of his people is to venture into the forest and defend it himself…even if it might cost him his life. Valerie and Young Aubrey must each breach the veil of trees again and again on their own quests. Will Valerie or Young Aubrey emerge victorious, or will they fall victim to their own demons and The Beast? 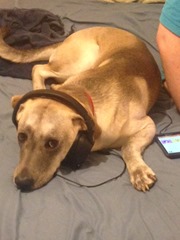 A.R. DAVIS first picked up writing at age six after getting annoyed that the characters weren't right in a Donkey Kong Country novelization. She loved it so much that she went on to graduate with a BFA in Creative Writing at UNCW. Visit her site: http://pencilprofessional.com/ to learn more and connect. 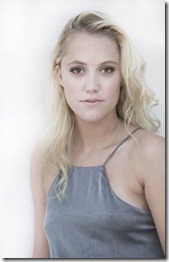 Age: 17 years old at the time of this interview
Town of Birth: Leola
Known Whereabouts: Unknown
Parents: Deceased
Hair color: Brown
Eye color: Hazel
(This is the last known interview Ms. Mason was willing to give. As you can see, she offers no explanation of where she had been for the last year. We know she was living with someone and was possibly involved romantically, though she denies it. She was found by a group of Lord Aubrey’s men, and it is speculated that she had been wandering in the woods for several days. She had been held at the Aubrey estate for about three weeks. During the time of the execution, she had escaped. No one has seen or heard from her since.)

I think my best quality is my perseverance. Even when things get rough, I try to keep going. I do my best to care for others, even setting aside what I want because I don’t want to be selfish. And I always try to see the good in people. My father killed many in the war, but I still think he’s a good man.

My worst quality would have to be that I care too much sometimes. It sort of . . . well, it didn’t go well for me. That’s all I’ll say.

I wish other people knew about my life before . . . well . . . before everything happened. After I lost everything. Most people look at me with pity now. But all that, I was normal and happy and relatively unknown. I wish I could go back to that time.

Was that really so wrong of me?

I’m afraid of the future. I’m honestly not sure what’s going to happen to me now. I’ve had this worry ever since my mother died, and I don’t know if it will ever go away. But I have to keep going, right? I have to see things through, even if I’d rather just stay in bed sometimes.

I just want to be happy and live a good, full life. I want to see the world and stop being so ignorant of the things I don’t know.

It’s over. Though, I suppose it never really started. I think he loved me. And I think I wanted him to. But maybe that was all a lie.

I wear whatever is convenient and whatever I can afford.

I don’t think I’ve quite gotten there yet. Wouldn’t it be sad if the greatest thing I was ever going to do happened right now? Then what would I have to look forward to? Right now, I live my life. I’m trying to figure out what I’m moving towards.

Getting on a ship and traveling the world. Also reading all of the Saxon Matthew books in existence. You haven’t heard of it? You can borrow one of mine. But only borrow. I would like to have that back.

I have a lot of regret. And I think . . . I think I miss him. Is that strange? How could someone like that be the most important person in my life? And yet that’s how it is. Sometimes I wonder if he even thinks of me.

Probably not. It’s not like I really meant anything to him.

The figurine of The Beast. It was the only real possession my father owned. That, and the book I’m going to let you borrow.

How did I get it?

You’ll have to ask him.

I have my mother’s hair. It’s curly to the point of being unruly. It doesn’t matter how many times I brush it; it still insists on poofing out like a little brown cloud.

Dishonesty. People keeping me against my will. People thinking they know what I want in my life. People not telling me how they feel.

Are you really asking me that? After all I’ve told you? I would think it would be obvious.

You can miss and hate someone. Feelings are complicated. They don’t have to be neatly categorized like books.

It’s funny because if you had asked me before all this, I would have said my father. Sometimes I blame him just as much as myself. But he’s gone. Has been for a while. It wouldn’t be fair of me.

That I wasn’t there for my father when he needed me most.

I . . . uh, I don’t know. Honesty. He has to like reading, at least. He has to be kind. Understanding. Do you think you could be my type? Or does my past disarm you?

You don’t have to answer that. I was only kidding with you.

Here’s a handkerchief to wipe the sweat off your brow.

I like your way of forward thinking! I’ve never actually thought about being with a woman. I suppose I would value the same qualities as I do in a man. It all depends on if I would be ready for a relationship with either. If I could rid myself of my lingering feelings, it would be easier.

No, I never said I loved him. I said I missed him. There’s a distinction.

Saxon Matthews. I hear there might be a new book soon.

Captain Jonasson. He is a good, honest man. I appreciated what he’s done for me while I’m here.

“It is better to travel well than to arrive.” –Buddha

Posted by authorkarenswart at 7:27 AM