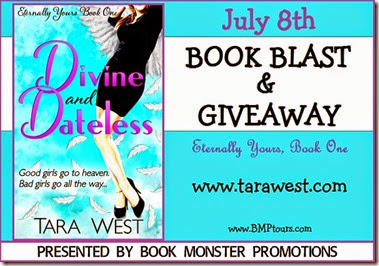 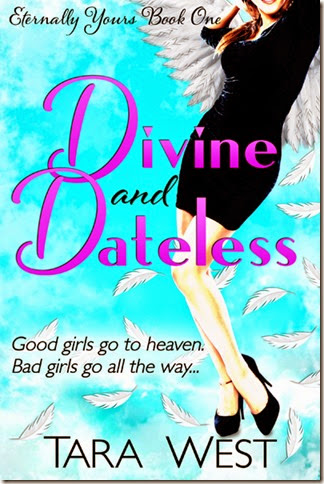 What can be worse than electrocuting yourself while getting ready for your internet date? Realizing the hot stud you’ve been fondling is the grim reaper? Being chased by a sex-crazed bloated, naked corpse?

How about an eternity of more bad hair days and horrific dates? Or lusting after the one guy in all of the afterlife whose hydrophobia rivals his fear of commitment? 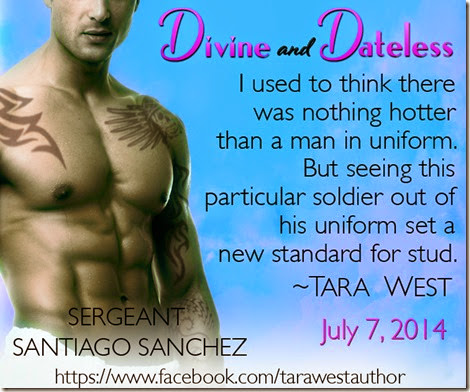 "Are you flirting with me, Ashley MacLeod?" I loved the way my name rolled off his tongue like warm chocolate sauce melting all over vanilla ice cream. Mmm. I was suddenly in the mood for a hot fudge sundae. I had the vision of me lapping ice cream and chocolate sauce off his abs, which I suspected were as rock hard as the rest of him.

I shook my head, trying to clear it of this lust-induced fog. It had been a while since I'd gotten laid by something that didn't run on batteries. A long while. That had to be why my slut sonar was stuck in overdrive. What was with me getting all hot and bothered over this guy who’d clearly lied on his profile? Disregard the fact that I’d lied on my profile. I was actually looking forward to flirting my way into free teeth whitenings and cleanings (since my cheap health insurance had a five hundred dollar deductible) but this stud could have been a serial killer for all I knew.

Oh, please, God, don't let him be a serial killer. He's too sexy to be crazy.

I got a good long look at Fake Roger, and much to my embarrassment, I noticed he was sizing me up, too. But not in the way I wanted him to be looking at me. No, he had this impatient look in his eyes as his heavy boot tapped loudly on my linoleum floor. "We need to get going, ma'am."

Crud. Another old lady reference. This will not do.

I didn't give a damn about his schedule. I was not stepping foot out of the apartment until I (A) fixed this mop on my head and applied a generous amount of anti-ma'am foundation and (B) made sure Fake Roger was not a serial killer, or at the very least, that he had a job somewhat related to dentistry.

I took a step back, and then another, needing to put some distance between me and Mr. Hot Fudge Stud. "Give me a minute to fix my hair," I said. And double-check Roger's profile, I wanted to add, but decided to leave that part out.

"Relax," Fake Roger said with perhaps too much ease in his deep southern drawl. "You're going to The Penthouse. You can have any hairstyle you want there."

"The Penthouse? I haven't heard of it." Instinctively, my hand went to my stomach at the thought of trying someplace new. I had been very clear with Roger that I could only dine at certain restaurants. I'd even sent him a list of safe places to eat. "Do they have a gluten-free menu?"

Little fun fact about me. If I so much as ate a crumb of wheat, barley or rye, I turned into a cross between Godzilla (only the flames came out the other end), a gremlin (not the sweet, cuddly kind) and a rabid dog. To put it mildly, me and gluten did not get along, which is why I had to be very, very careful where I ate. Because just in case Fake Roger turned out not to be a serial killer, and I decided to let him get past third base (who was I kidding? I was so desperate for a real penis, I would have slept with anything with a heartbeat) it would have really, really sucked if I was forced to trade in an explosive night of passion for an explosive night on the toilet.

"You can eat whatever you want," Fake Roger said with a touch of annoyance. He motioned toward the front door. "Come on, let's go. I've got a heart attack victim waiting."

"Heart attack?" I gasped. "So you're a doctor?" Maybe his profile said oncologist and I'd read it wrong. Even so, if he did have heart attack patient, what was he doing going on a date when he should have been saving this person's life?

"Angel of Death, Grim Reaper, Gabriel, Yama, Azrael, depending on your religion."

Shit! Fake Roger is a weirdo.

I should have known. Despite being raised in a very religious household, I’d started to question if there even was a god. Because if there was a god, surely he wouldn't have deprived me of sex with a real person for almost a year, only to have set me up with the world's hottest psychopath. 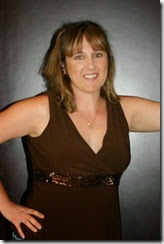 Tara West's young adult and new adult romances have been Kindle bestsellers. A former high school English teacher, Tara is now a full-time writer and graphic artist. She enjoys spending time with her family, interacting with her fans, and fishing the Texas coast.

Posted by authorkarenswart at 4:18 PM