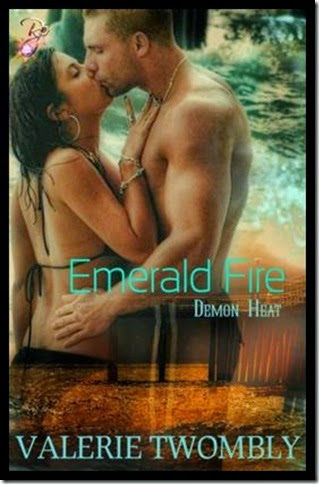 Ever since Brock lost his mate and son in a tragic murder, he’s been unable to move on. When urged to go back home and bury his past, he never expected to meet Sarah. The demon is strong, sexy, and kind-hearted. Everything a man could want in a woman.

Sarah has longed to discover the mate who completes her and finds herself wondering about the demon who left the house next door shrouded in magic. After he appears in her camera lens, it’s an instant attraction and doesn’t take long to realize he belongs to her.

When Elias steps into the picture, Sarah must fight the urges he stirs inside her. She can’t believe fate has given her two mates. Now she is faced with a decision. Choose the one who promises nights of passion and undying love, or the other who can only offer her his broken heart.

Available at Amazon Resplendence and ARe

Sarah stood outside the house and watched while Brock unraveled the magic woven around it. The demon fidgeted and paced, and on more than one occasion, she worried he would run from her. She hoped, once inside, he would be able to find peace. Something in her gut told her his jitters were not all due to the opening of old wounds. She realized she actually made him nervous. When she’d caught him admiring her assets, she’d been anything but angry. His roving eyes had sent moisture between her thighs and a longing that nearly had her shoving him to the floor to sate her desire. Hot, inviting, he made her mouth water. She wondered if he tasted anything like the spicy cinnamon scent she inhaled every time she got near him and decided she needed to find out. Would it be in poor taste to seduce him when he was at his weakest? For some reason, she didn’t care, and that was really out of character for her.

She looked up and met his dark, brown eyes, noting a twinkle of mischief in them.

Shit. She’d been caught staring at his ass. Well, it wasn’t her fault he filled out a pair of jeans like nobody’s business. Not to mention he was standing two steps up from her which put the muscular perfection right at eye level. She curled her lips upward. “As a matter of fact, yes. Yes, I did.” There, let him chew on that! She hoped he’d take it as a hint of her interest.

He tipped back his head in laughter. “Well, I guess I deserve that after I gawked at you.”

He pushed the door open, his features immediately schooled. Her heart ached for him and longed to see the sexy smile again. Her new goal was to get him through this and help him move on. She wanted to get to know the real Brock. The one who wasn’t in pain. “I’ll go first just to make sure it’s safe.” He slipped past the threshold and disappeared. Sarah remained on the first step, waiting for him to give her the all clear. Minutes later, he stuck his head out, his face ashen. “You can come in.”

She made her way up the remaining steps and through the doorway, not sure what she would find inside and half expecting her senses to be assaulted. She took in a deep breath and found the air to be crisp and clean. She must have had a puzzled look on her face.

“The spell kept everything out so there’s no mildew or mold,” he stated matter of fact.

She glanced around the spacious kitchen and felt as if she’d stepped back in time. The white porcelain refrigerator and gas range with its side storage compartment were state of the art for the period when the house had been previously occupied. Everything glistened as if freshly cleaned, waiting for the museum patrons to walk through the time capsule. She noticed Brock no longer stood next to her so she moved across the linoleum floor to the beige carpeted living room. She found him standing in the center, staring down at the floor.

“Brock?” She walked up and stood next to him. He didn’t respond and almost seemed to be mesmerized except that his hands balled into fists then released, only to repeat the process. Her heart fractured. Clearly, this was where he had found his mate. She reached out to touch him but hesitated unsure how he would respond. “Brock, maybe this wasn’t a good idea. I think we should leave.”

He lifted his head and glanced around the room. “No. I need to face my ghosts. I guess I wasn’t expecting it to be this difficult.” He ran his fingers through his short, blond hair. “Hell, I’m not really sure what I was expecting.”

It was heartbreaking to see him so vulnerable. This time, she didn’t stop herself from placing a hand on his arm.

“Is this where…?” She couldn’t finish the question without her voice giving away her emotions.

When I was little, I actually wanted to be a vet. I realized later in life I hate blood. So no, I didn’t want to be a writer until very late in life.

After my first publication, Eternal Flame.

From the start of the story to release date, it was approximately 18 months.

I actually work in an office as an Admin.

A seductive, steamy read that involves, lust, love and chocolate, and ends with a happy ever after.

It depends on the length. A novella I can do in about 3 months. A novel takes a little longer. If I really push, I just completed a novella in about 8 weeks.

I love vampires and when I started reading this genre I fell in love with all of it. It’s also a genre where you can build your own world and make your own rules.

I have to say that Brock, from Emerald Fire is a huge favorite. He is so wounded and willing to give up the woman he loves because he feels she can do better. He is a gentle alpha, when he wants to be of course.

A little over 2 years. My husband actually when one day he asked me why I didn’t try writing my own stories since I loved to read so much.

I used to require absolute silence. Now I can pretty much write any place. I don’t really have a routine.

I read as many as I can.

I have done both, but pretty much now I do the title first.

Google, lol. Depends on what I’m looking for. I’ll use baby names for the characters and for places I often use some of the many generators you can find for writer online.

I have to have all that done before I write, otherwise I get stuck if I don’t have a name for something. It messes with my muse, lol.

Each character is different. Some I know right away who they are and how the will act. Others I get a better feel as I write the story.

It is whatever a reader takes from the story. As far as do I plot hidden messages? No.

I love ebooks. Would never read near as much if not for my Kindle. There is something to be said for paper especially when it’s signed by the author.

Acheron, by Sherrilyn Kenyon. I was such an emotional wreck at the end of that book and impressed that she was so talented to leave me in that state. I don’t usually read books more than once since I have a huge TBR list.

The only one I can think where I read the book and saw the move was ET. No, it’s hard to convey many of the emotions and images you get from a book. I never go back either and read the books after I saw the movie.

I don’t really have one favorite. I like a blend of music.

I have so many, but…Rebecca Zanetti. 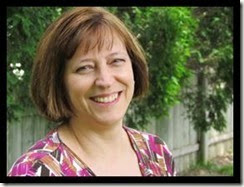 As a child, Valerie would often get into trouble for peeking at her mother’s favorite TV show, Dark Shadows. She can still hear her mother saying “It will give you nightmares.” She was right of course, but that did not stop Valerie from watching. As an adult, her love of the fanged creatures never waned. She would watch any vampire movie she could find.

Being a true romantic, Valerie was thrilled when she discovered the genre of paranormal romance. Her first read was one of Lara Adrian’s, Midnight Breed Series and from there she was hooked.

Today, Valerie has decided to take her darker, sensual side and put it to paper. When she is not busy creating a world full of steamy, hot men and strong, seductive women, she juggles her time between a full-time job, hubby and her two German shepherd dogs, in Northern IL.