Cover Reveal: A Shift in the Water - Elemental Shifter # 1 by @patricia_eddy Mara Taylor is dying. A mysterious blood disorder is taking her life and her doctors can't seem to stop it. Only her daily swims offer her any relief. Resigned to her fate, she heads to Orcas Island for one last swim.
Cade Bowman leads a small werewolf pack in Bellingham, Washington. Or he did, before a fire elemental intent on revenge traps him as his wolf. His pack gone, held prisoner by the elemental's charms, he knows death is coming for him.

When Cade's wolf finds Mara, he knows instinctively that she's the key to freeing him from the fire elemental's charm. She's more than that. She's his.

Can Mara free Cade his wolf and save her own life in the process? And if she does, can they survive when they learn the identity of the fire elemental hunting them both?

The figure emerged from the water. Clad in black, her lean legs ended in curved hips. Gentle swells under the rubber, a blue swim cap, goggles. Long red hair spilled out of her swim cap as she tugged it off. Water trailed down her cheeks. She reached under the bumper and withdrew something small and black. A high-pitched beep came from the car. The hatchback opened and the woman sat down on the edge of the trunk and stripped off her wetsuit. A green bikini covered a body that was too thin—almost as emaciated as his was—with a bluish tinge to her skin that he neither understood nor liked. She moved carefully, as if a sudden step or jerk would shatter her. Beautiful. The word came to the wolf, though he wasn’t even sure what it meant. He only knew that he wanted to get close to her.

The wolf sniffed from his hiding place. A storm of emotions washed over him, thunder in his ears, lightning against his skin, giving him a spark of energy to stumble closer under the bushes. Spring rain, coconut, almonds. Scents he recognized. Weakness. A bitter, bloody tang. It wasn’t him. It was coming from her. Dark smudges shadowed her eyes. Her lips were pale. Sick. She tugged on a pair of fleece pants and a sweatshirt over her skimpy bikini. Wool socks, shoes, and a towel around her wet hair were all added before she rose and hurried over to the building. She disappeared inside. She’d left the trunk open.
Instinct drove him forward, a pull he couldn’t ignore. Mine. It took him two tries to launch himself into her trunk. Blanket. Home. Safe. Good. Thoughts he didn’t understand raced through his battered mind.
Nothing made sense other than the deep feeling of safety that spread over him like the blanket he’d burrowed under. Pain stabbed at every part of him, but he didn’t care. Sleep. 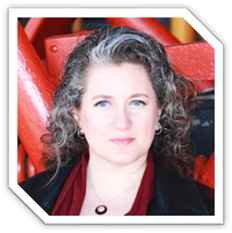