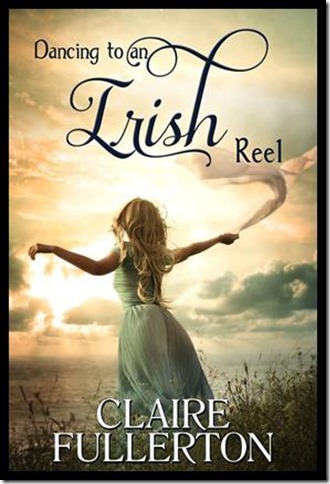 Dancing to an Irish Reel

Twenty five year old Hailey Crossan takes a trip to Ireland during a sabbatical from her job in the LA record business. While there, she’s offered a job too good to turn down, so she stays.

Although Hailey works in Galway, she lives in the countryside of Connemara, a rural area famous for its Irish traditional music. When Hailey meets local musician, Liam Hennessey, a confusing relationship begins, which Hailey thinks is the result of differing cultures, for Liam is married to the music, and so unbalanced at the prospect of love, he won't come closer nor completely go away.

And so begins the dance of attraction that Hailey struggles to decipher. Thankfully, a handful of vibrant local friends come to her aid, and Hailey learns to love a land and its people, both with more charm than she ever imagined.

Available on Amazon for Kindle and Print

There’s an energy that hangs between strangers even in a crowd. Call it interest, or attraction, or the knowledge of things to come. It is awareness, and I was aware to the exclusion of all activity around me that Liam Hennessey was watching me. He was sitting at the corner of the bar by himself, and because I could feel his gaze upon me like an electrical current, I froze. I did not move an inch because I sensed I didn’t have to, that something would come about with little prompting from me. I don’t know how I knew this, but I was right, it came about within the hour. It began as a series of introductions to people near Liam, and drew itself closer until Liam was introduced to me.

Right before Leigh left, claiming she had to get up early the next day to drive to Cork, Kieran pointed out that the Irish traditional musicians playing in the corner were the father and older brother of the lad sitting at the end of the bar.

“That’s Liam Hennessey at the bar there,” Kieran gestured to my right. “He’s the best box player in Connemara – even in the whole of Ireland, many say. His family is long in Connemara; they’re all players, so. That’s Sean Liam, his da, and his brother Anthony there on the guitar.” Kieran seemed proud to know the facts. He next took my arm and led me straight to Liam.

“I’ve the pleasure of knowing this American here, her name is Hailey,” Kieran announced to Liam.

I had an uneasy feeling. It’s one thing to suspect you’ll cross paths with someone again, and quite another to be fully prepared when it actually happens. For some unknown reason, I kept thinking it was strange to see Liam this far out in the country from Galway, but then again, what did I know? I didn’t know anything about him.

Liam looked at me with large dark eyes and smiled brightly. He was different than I had imagined: he was friendlier, more candid. I assumed because he looked so dark and mysterious, there would be a personality to match. I assumed he would be reserved, aloof, perhaps arrogant in an artistic sort of way. I was paying close attention, and there was none of that about Liam. In seconds, I realized he was a nice guy. I moved a step to my right as an older man approached the bar.

“Would ye give us a hand there,” the man said to Liam, and for the next few minutes, Liam handed pints over his head to a group of men too far from the bar’s edge to grab the glasses themselves. Just then, Kieran said something that set off a chain of events and put the rest of the night in motion.

“Liam, will you watch Hailey for me, I’m off to join the sessiun.” With that, Kieran produced a harmonica from his shirt pocket and walked off to join the musicians in the corner.

I stood at the bar and waited for the next thing to happen. The world seemed to operate in slow motion. All the noise in the room subsided, and the only thing I knew was I was looking directly at Liam Hennessey. I searched his face for imperfections. I had never before seen such beauty in the face of a man. I hoped my thoughts didn’t show on my face. He was so good looking, I wondered why other people in the room weren’t staring at him, then I realized most of Hughes’ patrons knew him and were probably used to the way he looked. I was reticent, unsure of how to speak to Liam, unfamiliar with how provincial he may or may not have been. Words tend to get in the way in moments like this, but they lay in wait just the same.

“You’re an American, yah?” he asked in that way the Irish have of answering their own question. “I’ve been to America,” he said.

“Where in America?” I encouraged.

“Boston, New York, Chicago. My cousins live in Chicago. I even went all the way to Niagara Falls.”

“Believe it or not, I’ve never been to Niagara Falls. What’s it like?”

“Not much, mind you, it’s a nice enough place, but ten minutes after I saw the falls, I was asking where I could get a nice cup of tea.”

“I imagine it would take a lot to be impressed after living here,” I said.

“I’d never want to live anywhere else. Everything you could ever want is here in Connemara.”

And it is, I thought. Connemara has a sense of peace I’ve never felt before.

“Are you long in Ireland?” he asked.

At 27-years-old, Liam lived with his parents in the house in which he grew up.He was a world-class Irish traditional musician that traveled often to places like Germany, Austria and New Zealand. He was in demand as a player in touring bands because he was a master at playing the button accordion. As such, he was more than a musician: he was the bearer of a torch that represented the history of an old culture. He brought the language of Irish music to regions that otherwise would have never been enlightened.

Being an Irish traditional musician is a feat not easily arrived at. Rather, it is a feat painstakingly achieved. Most of the tunes in a traditional player’s repertoire have been memorized through listening and repeated execution, as opposed to memorization by reading musical scores. Traditional music has been passed down through generational lines, and with Liam’s family, there had been no interruption. His father was a player, and the world in which Liam grew up was one of constant exposure to traditional music as if it were a language. I came to realize much later that Liam’s first language was music, his second language was Irish, and his third was English.

“So, you must be another American looking for their roots, then,” Liam stated.

If that was a question, then it’s a fair one, I thought.

“Actually, I’m working at the Galway Music Center,” I said, then I followed with my poetry aspirations, hoping to impress upon him I was not just passing through.

Character Bio: Hailey Crossan is an American living on the west coast of Ireland. She brought her experience in the Los Angeles record business to her job at the Galway Music Centre, where she represents Irish musicians along with a vibrant cast of Irish characters who work beside her in the historic, small city of Galway. Her entire Irish experience can be found in the book, “Dancing to an Irish Reel.”

I am very sensitive and have deep insight.

That I am in love with Liam Hennessey and absolutely overwhelmed. I’ve never seen a man more beautiful- his “black Irish” looks and courtly ways undo me! I am also so confused over Liam Hennessey’s behavior that I can’t see straight!

That Liam Hennessey will always be confused over me, and our relationship will never go any further.

For Liam Hennessey to get over his fear of love and admit he’s in love with me.

I am single, but in the throes of new love. At least I hope I am!

I left my fashion sense behind when I moved from Los Angeles to rural Ireland. In Ireland, nobody cares about fashion! It’s all about dressing for the weather! I wear jeans, sturdy, waterproof walking shoes, a wax jacket, and an Aran Island cable knit “jumper” (they call sweaters jumpers in Ireland.)

I am not a rebel on purpose, just confident in my own way of being in the world.

All I did was walk into the Galway Music Centre to look around- to see what this music centre was all about, and amazingly, within twenty minutes, I was offered a job right there on the spot because of my experience in the Los Angeles record business! It was incredibly fortuitous.

Happiness, wonder, amazement, hope; all of these combined.

The Celtic ceramic plaque inspired from the Book of Kells that I bought yesterday in a little antique shop on Galway’s Mill Street called The Dragon’s Liar.

Physically, I have very long blond hair. As for personality, I am easy going and quick to humor.

The Irish way of avoiding conflict by talking in circles! Why won’t the Irish just come out and say what they mean? This seems to be a cultural malady, and is very frustrating for an American.

Any living person who would ever hurt a dog!

That I didn’t ask Liam Hennessey to just say what was on his mind! I should have swallowed my pride and drawn it out of him.

Tom Wingo, from Pat Conroy’s The Prince of Tides”

The author Donna Taart, for handling her incredible career with humility and grace.

My propensity to jump to conclusions! Maybe if I didn’t have that, Liam Hennessey and I would understand each other a lot better!

“Never lay down, never give up!” 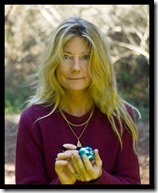 Claire Fullerton is the author of Paranormal Mystery, A Portal in Time. She is an award winning essayist, a contributor to numerous magazines (including “Southern Writers Magazine) a former newspaper columnist and a four time contributor to the “Chicken Soup for the Soul” book series.

She hails from Memphis, TN. and now lives in Malibu, CA where she is working on her third novel.