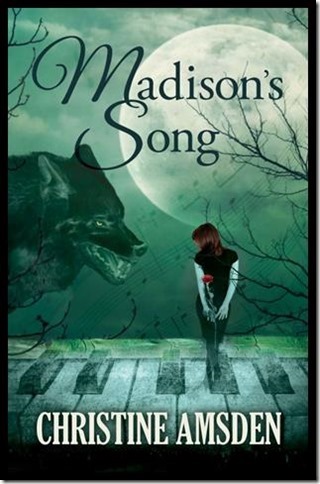 Her voice is enchanting; his soul is black…

Madison Carter has been terrified of Scott Lee since the night he saved her from an evil sorcerer – then melted into a man-eating monster before her eyes. The werewolf is a slave to the moon, but Madison’s nightmares are not.

Despite her fears, when Madison’s brother, Clinton, is bitten by a werewolf, she knows there is only one man who can help. A man who frightens her all the more because even in her nightmares, he also thrills her.

Together for the first time since that terrible night, Scott and Madison drive to Clinton’s home only to discover that he’s vanished. Frantic now, Madison must overcome her fears and uncover hidden strengths if she hopes to save him. And she’s not the only one fighting inner demons. Scott’s are literal, and they have him convinced that he will never deserve the woman he loves.

Madison couldn't move. The only muscle in her body capable of stirring at all was her heart, and it felt like it was trying to make up for the rest. No ropes bound her. Nothing visible pressed her back and legs into the coarse beige carpet of her new rental home. Yet even as she writhed and twisted against unseen restraints, she knew she was trapped. Tied to the ground in a way that made her feel like a virgin sacrifice atop an altar.

The man looming over her, chanting spells and arranging crystals, didn't look like a powerful sorcerer. David McClellan had too weak a chin and beady little eyes. Those eyes, brown as mud and just as compassionate, told her without words that they would be the last thing she saw.

She didn't even understand why! Not that it would make a difference if she did. But she wasn't anyone special. She wasn't important. She was just an elementary school music teacher – or would be after she finished a semester of student teaching. This kind of thing didn't happen to her. To her friend, Cassie, scion of a powerful family of sorcerers, maybe. But Madison had no family connections and almost no magic aside from her beautiful, subtly enchanting voice. Why would anyone hurt her for a song?

A tear fell sideways into her sweat-dampened hair, joining countless others and doing exactly as much good. How long had she lain here, helpless? Minutes? Hours? It might only have been seconds. The box of “Card and Board Games” she had been carrying into the house lay on its side a foot or two away, some of its contents now strewn across the bare living room floor. There hadn't been any warning. One second she was on the way to her new bedroom to unpack her tenth or eleventh box, the next instant she was on the floor. Immobile. Helpless. Confused. Terrified.

Oh Lord! Why hast thou forsaken me?

There was magic in the air, growing stronger with each new crystal David arranged into a pattern only he could see. Cold, deadly magic that reinforced her every childhood fear. Her father had told her that magic was from the devil. Was this what he'd meant? Was this her punishment for brushing up against the world of sorcery, no matter how lightly?

David placed one last crystal before ceasing his chant. The silence felt ominous, like a lull before the storm, and when he moved away, out of her sight, a fresh wave of panic seized her. She strained anew at her bindings until the scent of incense filled the air. She had a sudden, vivid memory of Palm Sunday Mass, and of Father Owen making the sign of the cross as he wafted the same scent over his congregation. Father Owen didn't believe magic was evil; he had told her more than once not to listen to her father's “superstitious nonsense.”

The time had come to pull herself together. To think. She wasn't helpless. She had a little magic of her own, even if the thought of using it made her feel sick inside. God had not forsaken her. He had given her a tool if only she could rein in her stampeding heart rate long enough to search her memory for what little knowledge she possessed.

First, she had to find her quiet place. Madison drew in a deep, shuddering breath and started to close her eyes, when a glint of something metallic caught her attention. She stared at the long, lethal dagger in David's hands, an ornate golden hilt largely hidden within his iron fist. His eyes drifted up and down the length of her bound body before settling on her midriff. He lowered the blade.

He was going to cut her. She squeezed her eyes shut, bracing herself against the expected pain. Or worse.

Her concentration snapped when cold metal bit into warm flesh. Her eyes popped open, her muscles strained once more against invisible bonds, and she screamed.

Wait, she could scream? She had a voice?

Her throat continued to work, but no sound emerged. She felt like a fish being gutted, choking and spluttering as David returned to the work of cutting into the soft, sensitive flesh of her belly. Yet even as tears refilled her eyes and fear devoured her heart some part of her recognized that her guts remained intact. Whatever David was doing to her with the dagger involved tracing shallow patterns across the surface of her skin.

Fight the pain. Take deep breaths. Ground and center. She was not in the empty living room of a house she had not quite moved into yet, she was at church, singing in the choir. Above her, Jesus hung from a cross, a crown of thorns atop his head, a soft glow surrounding him. She usually found the magic within that glow. She reached for it...

“Stop that!” David slapped her hard across the face.

Once again her eyes flew open. She saw the dagger dripping with blood – her blood. Had her feeble grab for magic actually made a difference? David seemed to have noticed something, but what?

“You're just making this harder on yourself,” David said.

“What do you want?” Madison tried to ask. Her mouth moved, her lips forming the question, but no sound emerged.

She didn't think he would answer; he couldn't even have heard the question, but to her surprise he only hesitated a moment before saying, “Your soul.”

Describe yourself: what is your worst and best quality?

The best thing about me is my voice, although sometimes I'm afraid it's the worst thing too. My dad forbade me to sing growing up and when I rebelled, he disowned me. He thinks it's from the devil, the way I influence people's feelings when I sing. I'm not sure. Father Owen doesn't think so, and he's a priest.

Sorry to get off track! Maybe I should have gone with something simpler! Best quality: I'm smart. Worst: I don't have a lot of self-confidence.

This is going to sound really corny, I'm almost afraid to say it … but I wish people knew how much love I have in me to give. I'm a little shy, so it's hard for people to get to know me; a lot don't even try and I can't blame them. But I wish they knew that I really want people in my life to love.

I have a secret fascination with red underwear. I can't believe I just said that!

A family. Children. Because of my voice, a lot of people think I should become a professional singer but I'm honestly happy to be a music teacher. I didn't get a degree in music education so I could have a fallback; it's what I honestly want to do – share the joy of music with the next generation.

I'm no rebel! Well, hmm … I did defy my father when I want off to college and studied music instead of math. But look how that turned out. He betrayed me, disowned me, said he was never really my father in the first place and then sold my identity to me “real” (biological) father's enemies for the bargain-basement price of $10,000.

I'm still working on it … a song that's all my own.

A little nervous. I haven't heard from my brother Clinton in weeks, and it's not like him to just disappear like that.

Well, I tend to chew my nails and bite my lips.

The fact that I chew my nails and lips!

My dad. Well, I guess I should call him Phillip now.

I had a miscarriage a year-and-a-half ago. It was right after my fiancé betrayed me. (Long story, I don't want to go into it right now.) Anyway, he never even knew I was pregnant so I guess it wasn't his fault. It was mine. Because when he betrayed me, there was a moment when I wished it gone.

Cassie. She's my best friend and she's so confident. She always seems to know what to say; she has great comebacks! 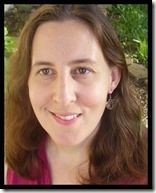 At the age of 16, Christine was diagnosed with Stargardt’s Disease, a condition that affects the retina and causes a loss of central vision. She is now legally blind, but has not let this slow her down or get in the way of her dreams.