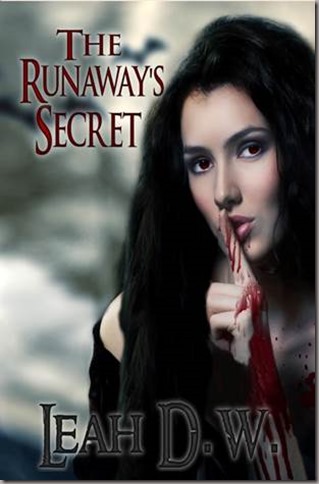 Running from the past…

To protect those you love, some secrets should never come to light.

My life changed the night I became the same monster I had been forced to serve all my human years. As a fanged freak, I took to running away from my troubles rather than facing them head-on.

I should have kept running...

If only that had been true.

How long before the nightmares catch up to me? I’d hated myself for the monster that I’d become and the life I had been forced to leave behind. Sometimes I wished that she would find and kill me, ending this nightmarish existence, but that would mean leaving everyone I had come to know and love as well. Could I possibly do that?

...time is running out, I must make a choice.

...until then, I must keep running.

...must become the monster even I have come to fear. 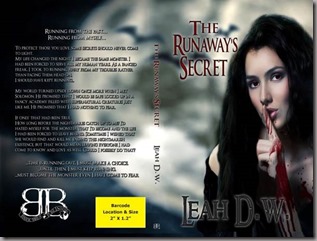 “What the hell?” I raised my hand to bang on the door, but a chuckle made me stop and spin around.

“The new girl and already in the principal’s office,” the girl smiled mischievously. “We could be great friends.”

Her eyes shone silver and a chilling howl rang in my mind from far off. Her smile widened and small sharp canines peeked out from her glossed lips. She held out her hand to me, nails painted black.

The Runaway’s Secret by Leah D.W

Skye is different, she is freak but most of all she is a danger to all with blood running through them. She has been on the run for long time, trying to hide from the woman that murdered her father and turned her into a monster. Her master.

Everything was going great until one night when she runs into tracers from a supernatural school. She is taken against her will and forced to attend their school and graduate. But with her master still out there, she can’t afford to stay trapped in this place.

I loved this novel. It reminded me so much of Vampire Academy. Skye is feisty, strong and doesn’t take any crap. Being only half a vampire doesn’t make her weak; it only makes her even more unpredictable. Solomon was broody and protective, which is perfect for the runaway Skye. I loved his pushy nature, and liked the sparks that flew between them when he pushed Skye. Vee is the wacky and crazy girlfriend with a big bite. She was a great addition and I really hope we get to see more of her n the next edition.

The characters and plot was weaved together perfectly. Each turn revealed more about the characters and what they were really hiding. Leah’s writing style was fresh and well written. It was an awesome read, and I highly recommend it to all. A whopping 5 Stars from me. 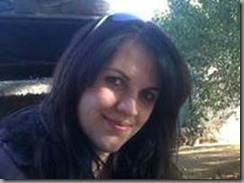 I am 21 years old and currently a journalism student at my local university. I live in South Africa in a town called Bloemfontein with my family and two beloved dogs. I have been writing since the age of 13 and my first published work is a short horror story titled Dracula’s Mistress. I am busy working on a number of novels and I am an editor/proof reader for Bayou Brew Publishing.

I love writing in the genres of paranormal romance, fantasy fiction and historical fiction and I am a proud bookworm with a mountain of reads stacked up in my room. I am also studying criminology in order to be able to write mystery horrors.

The book that has been published is Unnatural, a collection of paranormal short stories that are full of action, adventure and amazing characters.

I also have short stories in various anthologies. Love Kills, Unhappily Ever After; fairy tales with a twist and Soul Games. My novel The Runaway’s Secret, a vampire paranormal romance, will be released in May.