Like most things that start out with the best of intentions, I feel Goodreads and Amazon’s Listmania have begun to try on the nerves of many writers. We are used to people categorizing our books into a genre, but some of the lists individuals come up with are just short of astonishing. When one sets out to write a novel, they never imagine a day where they end up in the “best books with no story whatsoever” list.

But categories proposed on Goodreads seem to have taken the list thing to a new level. With the ever-present review bullying, the uptick in solicited reviews, and the exploding use of ads clogging the site, the use of lists to categorize books has become yet another in a long a list (excuse the pun) of offenses that has turned Goodreads into a network site many writers dislike using. When we start creating lists like “aggravating female leads who get on our nerves” or “books I have no intention of reading,” then the list epidemic has begun that slippery slide toward oblivion. When you trivialize what was once useful, you make it no longer palatable to those readers and writers who are seeking genuine opinions, and not fodder for foolishness. Which is the problem with any site that strives to be commercial and in the end only becomes a mere shadow of the professional and well-intentioned vista it started out as.

I have watched Goodreads and Amazon grow into the powerhouses of book promotion. Rivaled by no other sites, Goodreads and Amazon perhaps need to start curbing the overzealous ardor of its members and helping readers and reviewers stick to the facts of a book, and steer clear of the fluff. I’m not advocating either site change everything, but perhaps execute a little more discretion when it comes to silly lists, and go back to the book-oriented sites they once were.

But don’t get me wrong, I am all for the use of lists on these sites. As a Southern writer whose books are usually based in and around New Orleans, I do treasure lists that allow me to highlight the individual flavor of my work, but do I need a list that touts best “awful sex scenes” or “books a sex stalker can relate to” or my personal favorite from Listmania, “Nude photos UFO aliens erotica + classic Shakespeare.” Really? I wonder what Bill wouId think of that list? I understand 50 Shades of Grey has changed the sexual landscape of books, and trust me, my books have a hefty dose of panty dropping in them as well, but how much is too much? When does the list pass the point of being useful and become comical and almost offensive.

In the end, I guess the lists that are started on these sites are in a strange way a reflection of the world we live in. It seems the rise of the social media has allowed everyone to voice those once silent thoughts, and even given them the opportunity to make lists glorifying their varied viewpoints. After all, freedom of speech is in our constitution, but somehow I wonder if our founding fathers had to publish their work on Goodreads or Amazon what kind of list would they have ended up on? “Hot men in wigs do destiny?” It boggles the mind. 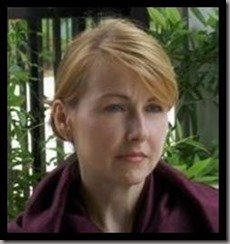 Alexandrea Weis is an advanced practice registered nurse who was born and raised in New Orleans. Her first novel, To My Senses, introduced readers to the world of Nicci Beauvoir and garnered numerous awards and rave reviews. Her popular second Nicci Beauvoir novel, Recovery, won the Gold Medal for best romantic suspense from The Reader’s Favorite Book Awards 2011, and was named best Romantic Suspense novel by the Spring 2011 NABE Pinnacle Book Awards.

Diary of a One-Night Stand, was released in August 2012 and was named a Paranormal Romance Guild’s Best Reviewed of 2012. Her last novel, Acadian Waltz was a Readers’ Favorite Book Awards finalist for Best Contemporary Romance and Best Southern Fiction.