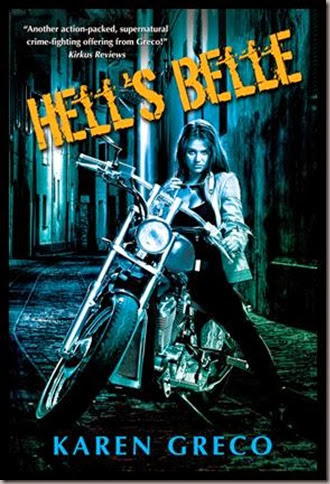 Half-vampire, half-human, Nina Martinez spent most of her life underground as part of an elite secret team of government agents who quietly take down rogue monsters -- the human world none the wiser.

She moves back to her hometown of Providence, RI to keep an eye on the recent uptick in supernatural activity, and to help run the bar she co-owns with her aunt. Her attempt at a “regular” life, not to mention a budding relationship with smoking hot FBI agent Max, is cut short because of a string of ritual murders targeting the city's community of witches.

But Nina's investigation unearths deadly secrets from her long buried parents. Now the target of supernatural assassins, could Nina be the most dangerous vampire hybrid to ever exist? No wonder she can’t get a date.

An urban fantasy set in a decaying Providence, Rhode Island, HELL'S BELLE is a fast-paced, adrenaline-fueled roller-coaster ride through a city on the cusp of becoming an urban wasteland. An energetic, expansive, and cinematic, HELL'S BELLE was called "captivating" by Kirkus Reviews.

Book Chick City gave it 5-stars, calling it "one of the best urban fantasies I have read this year!" 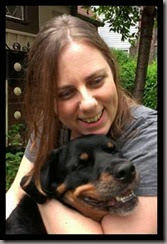 An award-winning playwright, Karen Greco has spent close to twenty years in New York City, working in publicity and marketing for the entertainment industry.

A life-long obsession with exorcists and Dracula drew her to urban fantasy, where she can decapitate characters with impunity. HELL'S BELLE is her first novel.