Today on the blog we have Melantha Caldwell from Catching A Sorcerer for an interview, so sit back and let’s get to know this awesome girl.

Character Bio: I'm fifteen, a math geek and a spell-turner—or I will be a spell-turner when I turn sixteen. I was homeschooled my whole life, so basically I have no friends. And now that both my parents are dead, I have to live with my Gran. She'd like to keep me sheltered for the rest of my life, but she also wants me to get my high school diploma. So you see my problem? Now I have to go to high school and I have no friends. And I wish that was the worst of my problems.

Six weeks ago, a sorcerer killed my mother. And just when I thought things couldn't get any worse, the Magic Council wants me to help with the investigation. Me! They're supposed to be powerful spell-turners and elves, and I don't even have my powers yet! What can I do to catch the sorcerer? As it turns out, they want me to play a small but pivotal role: I just have to get into the sorcerer's house and then invite the Magic Council inside. To do this, they want me to befriend the son of the sorcerer, Savion Lebrun, the wimpiest, most picked on kid in school. Right. The girl who's never had a friend in her life, now has to make friends with a social outcast who happens to be the son of her mortal enemy. Can you say "Mission: Impossible"? But I also want justice for my mother's murder. And there's only one way to find out if Savion was involved… 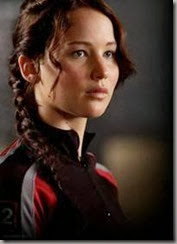 I wish other people could understand what it's like to be a blood turner. Not even other spell-turners understand what I'm going through. Yes, the power courses through my veins, just as it does for them, but they get to use a focus, an object that helps them to channel that energy. For a blood turner, there is no focus. The power jumps from our fingertips, and sometimes, like arcing electricity, the power can jump to another turner with fatal results. That's a hell of a burden to carry.

Only my family knows I'm a spell-turner. No one at school can know. They wouldn't believe it, for one thing, and they'd only think I was crazy, for another. I'm already a social outcast for being home-schooled, let's not make it worse, shall we?

Going through life alone. My parents won't be there when I graduate or get married. Who is going to be there to help me get through life? Gran is already ancient; she won't live forever.

I want my parents back. Since I can't have that, would it be too much to ask for people to stop killing each other?

Did I mention that I don't have any friends? Yeah, how many boyfriends do you suppose I had while being homeschooled? * sigh * Still, there's this guy. I like him. And he likes me. But then there's my warden—I mean, my Gran. Kind of hard to have a boyfriend when your grandmother won't let you out of her sight, you know? So, yeah, relationship status? Single. Probably for the rest of my life.

Jeans and a t-shirt. We didn't exactly have a lot of money after my father died.

I'm a rebel, but I'm not stupid. I know my world is dangerous and I don't know enough about it to navigate it on my own. So I'm cautious. I'm a cautious rebel, trying to get away with what I can.

I could tell you, but I've already told that story in CATCHING A SORCERER.

Being part of a family that loves me.

You might say I'm deeply grieving the loss of my mother, but it would be more accurate to say I'm totally pissed off with the world for making me an orphan.

A locket that has a picture of my mother and father inside.

Gerard Lebrun. The sorcerer that killed my mother.

My greatest regret is not that I didn't have more time with my mother, but that I didn't make better use of the time I did have. I wish I'd had the chance to get to know her better because as it turns out I hardly knew her at all.

Posted by authorkarenswart at 9:15 AM