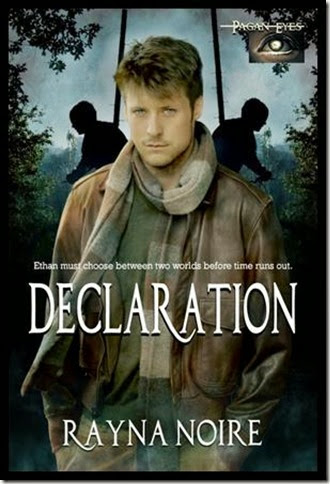 Ethan finds himself trapped between the world he knows and the world that could be. A sadistic bully, an unsympathetic principal, and an unreachable love interest make high school difficult for Ethan. He feels like he’s living a lie, trying to blend in at school in an effort to keep his head attached to his body.

The support his Wiccan family provides is negated by fear of not being the son his father wants. An impromptu trip into the future saves him from an enraged bully while instilling doubts about where he really belongs. Somehow, he has to find a way to survive in his own world tossing aside his mask and doubts.

Ethan hid in a dark doorway, panting, while he considered his options. No way Caulb and his felons in training would give up once they figured out he outsmarted them. Shouts echoing in the cavernous hallway alerted him. Danger was closer than he’d thought. Great. Weren’t schools supposed to be crawling with staff members looking out for the welfare of the students? Yeah, right. Too bad, he’d left his cell phone in Leah’s car. Not that it would have done him much good since the school used a dampener to keep students from texting in class.

If high schools were a theme park, then tenth grade was the roller coaster. It started uneventfully. The most stressful part had been fending off all the helpful staff members, who wanted to redirect him to the middle school, assuming, since he was shorter than a good portion of the girls, he wasn’t old enough for high school.

The voices veered off to the left, down the science corridor. A window of opportunity opened up. Ethan shot up the hallway to the gym, where the wrestling team practiced earlier. His father had nagged him to try out for the wrestling team. Even the coach asked him to give it a go, because they needed someone in his weight class. Most of his matches would forfeit due to not having anyone in his class or he’d end up wrestling a girl, the coach said. No thanks. He already had enough things to be teased about.

The dimly lit hallway stretched as if it were endless. Maybe this was a dream and he’d wake up soon. Caulb’s voice filtered down the hallway. His bass timber was menacing enough without the eerie quality of it bouncing off the metal lockers and taking on an almost mechanical quality. Caulb was a deadly droid, on the mission of annihilating anyone who didn’t conform to his standards. Unfortunately, no tip sheet existed to specify what his standards were. All Ethan knew was, he didn’t meet them.

The gym doors came into view. Sanctuary. He swung the door open with a gasp, unsure what he was going to say. All he had to do was stick close to the coach. Maybe he could say he needed to use the phone to call home. His eyes darted around the empty gym. Where was everyone? An image of the wrestlers in their spandex suits came to mind. They were dressed in their team apparel when he’d seen them earlier, which meant they were probably at an away meet, and why no one was in the gym. The lights illuminated the wooden floor and abandoned mats.

He took a few steps into the gym, stopped, and turned slowly, seeing no sign of following bullies, or an almost friend who stabbed him in the back. His lips pulled down into a frown, remembering the different expectations he’d had for the night, much different.

The colorful matriarch of The Carpenter/Hare clan. She’s an outspoken fortuneteller who can claim Romany gypsy ancestry. She watches over her daughter’s family with both eyes, and the occasional spell and charm. 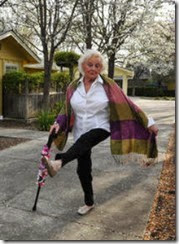 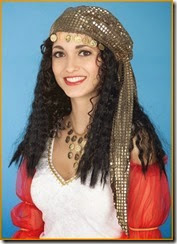 I am sixty-six years young with the backbone of an elephant. In other words, I do not suffer fools gladly. There are plenty of fools. My best quality is I have sight. If I tell you something is going to happen, then you best believe.

My worst quality, hmm, that’s a hard one. My daughter thinks I am a tad impatient.

I am always right. Why do they come to me to have their cards read, when they doubt or continue on their course after I warned them?

Before I met my husband, Buell, a prince was in love with me. At eighteen, I was a beauty with attitude. That trait appealed to him since he was used to people bowing and scraping to him. I read his cards and as I sometimes do, I chose to not reveal all. People don’t always want to know the bad things. I did know he was not my future

I’m not afraid for myself, but I fear for my grandson, Ethan. A major trial and strange journey await him. If he survives, it will be the making of him.

I want my grandchildren to embrace their destiny. Each one has a very special role to play.

I am married to my soul mate, Buell. Life is good since he has returned to me from the fifteenth century. Living all those years without me has made him a little headstrong, but nothing I can’t fixed.

I am part Romany Gypsy, full Wiccan, and a former hippie. My clothes not only reflect my beliefs, but also contain magick.

Are you kidding? They coined the term after me. It used to be, to Esmeralda as opposed to rebel. As you can see that was a mouthful.

My family is my greatest achievement. They are also my happiness.

My Buell bestowed a pair of emerald earrings on me when we were dating. He could ill afford them. Got by on one meal a day and sleeping outdoors to save enough to buy them.

Haters, as Ethan would call them, people who know nothing about you, but still despise you because you’re not like them.

I can advise people via the Tarot cards or the Runes, but I can’t make them do the right thing.

I like a man with boldness and dash.  A noble man who stands up for his beliefs. I also enjoy a man who can dance. My Buell has all these qualities, which is the reason I married him. (She laughs.) Whom am I kidding; I read his cards I knew he was for me. I let him court me enough to let him think he won me.

I would tell myself that Buell would come back to me. It would have saved a lot of heartache and expensive bourbon.

Anyone who hurts my family will regret it. Karma works fast when a Hare is involved. 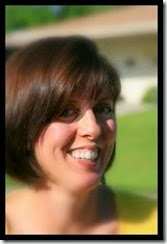 Rayna Noire is an author and a historian. The desire to uncover the truth behind the original fear of witches led her to the surprising discovery that people believed in magick in some form up to 150 years ago. A world that believed the impossible could happen and often did must have been amazing. With this in mind, Ms. Noire taps into this dimension, shapes it into stories about Pagan families who really aren't that different from most people. They do go on the occasional time travel adventures and magick happens.

Posted by authorkarenswart at 9:20 AM