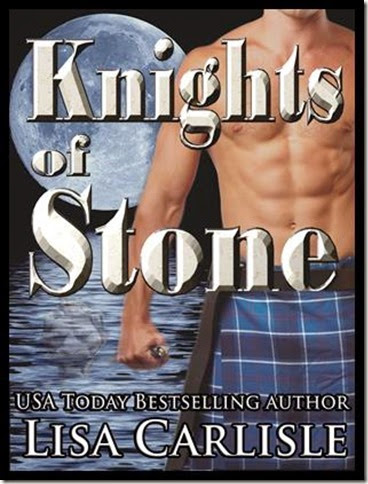 Gargoyles, tree witches, and wolf shifters have divided the Isle of Stone after a great battle twenty-five years ago. When Kayla, a tree witch, hears about the unconventional rock concerts in the gargoyle’s territory, she sneaks from her coven and into their territory to see for herself. Night after night, she returns to see one in particular shift into human form and play guitar at these unconventional shows.

For several nights, Mason has kept watch for the pixie-like female. He plans to seduce her, thinking she’s a visitor from another island. When he discovers she’s one of the tree witches, he retreats, attempting to keep his distance. The temptation is strong, but forbidden.

Kayla and Mason attempt to meet in secret, but other elements on the isle command their attention. A magical cloak created by the three clans on the island is thinning, leading to repercussions for all the clans. Kayla and Mason are caught in the middle of it, and their actions may change the fate for all.

Five torches blazed on the stage all at once, lit by an unseen force. The audience erupted in cheers as the dancing lights from the flickering fire basked the statues. The flames lowered, casting the gargoyles in an eerie, almost reverent glow.

Movement. So slight, Kayla wondered if it was simply a play of light and shadows in her anticipation for the change. She fixed her gaze on the statue in front of her, the one she’d gravitated to each time she’d had snuck out to see the show. Its massive gray form stood straight on two legs built for sturdiness. Its chest jutted out proudly. Gray wings with detailed feathers etched in the stone arched from a point below its shoulder blades. Eyes cast straight ahead on a face that appeared to be a mixture of canine and lion. Its right hand twitched, so slightly she would have missed it if she hadn’t stared so intently. Then a clawed foot inched forward.

Murmurs of astonishment burst from the crowd as the transformation began. Their cries of fervor grew louder as the monstrous statues transformed into taller, slimmer figures with the bronzed skin of warriors who battled under the midday sun. The tartan fabric fell over their thighs as they stood erect, covering their nudity.

Kayla barely blinked, mesmerized as always, as the statue before her stood to full height, taking on the form of a human male, but with beautiful raven wings. Hair just as black snaked rebelliously past his chin. The stony eyes flickered with animation, turning to a mossy green. His deep gaze seared the audience, seeming to burn anything in the path. When he found Kayla, he stopped.

His expression was unreadable, but the intensity in his unblinking eyes made her swallow. She froze under the scrutiny as if hypnotized, unable to break eye contact. Her stomach lurched, heart pounded, and every muscle in her body tightened, fueled with blood now scorching through her veins. His penetrating appraisal affected her so. When his eyes took on a smoldering glint, her skin tingled and a red-hot awareness grew between her thighs.

He broke the stare and continued to assess the audience. She gasped, not realizing she had been holding her breath, and panted while she tried to breathe at a normal rate. He turned on robust legs and strode to a guitar stand. She tore her eyes from him to note the other gargoyles. They, too, had shifted into the form of striking males. One had black hair draped further down his back, one had long blond hair, and two had reddish-brown hair—one wavy and shaggy, the other straight. They took their place at other instruments. She sought the guitarist again and caught the first sound of the pick striking the strings. On hearing the guitar projected through the amp, the crowd roared again, pressing Kayla forward.

The freak show was about to begin.

Spotlights flooded the musicians, powered by solar panels near a massive amplifier. The guitarist continued playing and the others joined in, playing a raucous crossover between hard rock and heavy metal. The one with long blond hair grabbed hold of the microphone and belted out a shattering cry that sounded like a call to battle. The crowd went pin drop silent to listen and then cheered in unison as the band played on. The front man sang piercing growls and low croons about the Knights in Stone, the protectors of the ancient forests, battling against the evil tree witches.

I’ve wanted to be a writer since sixth grade. My teacher gave us a writing prompt and that weekend I wrote a short mystery story. I loved thinking “what if” and revealing new layers.

I’ve always written, but I guess I didn’t consider myself a writer until I had my first article published.

My first book was non-fiction and was published just before I turned 30, which was my goal. It took about six years to write and then several months of looking for a publisher.

My day job is writing for and managing a corporate web site. While writing non-fiction all day, it’s nice to switch to another part of my brain at night to write fiction. Of course, it means I’m always attached to a laptop!

I enjoy being a hybrid author and write for Ellora’s Cave, Red Sage, as well as self-publish.

This varies greatly. I participate in Nanowrimo and get out a rough, rough draft in a month, but the rewriting then takes months. I’ve also been working on a novel for years. Almost finished. One story I started ten years prior and then picked it up and finished it a decade later. There are more like that I need to finish.

More paranormal romance as I have multiple series in this genre. Also more military romance and suspense are in the works.

I love writing about dark isolated heroes or heroines who fall in love with their  one true match.

Oh my, I love Maya’s quirky outgoingness. She’s a firefighter in Fiery Nights and often appears in other books. I love the hero, Tristan’s, dark brooding nature. But then there’s Nico in Rock Me Tonight and Mike in Rock My Senses, both multi-faceted characters I adore. And then Antoine and Dante in the Chateau Seductions series, the gargoyle Mason in Knights of Stone... Forget it, it’s too tough to choose!

I often sit on my sofa and listen to music, but I also like the ambiance in cafes.

Titles are hard. Often they come after I’ve written the book.

Rough drafts are rough, with names that often change as I develop the story. So the names usually come after I’ve written more about the character.

Hmm, I’ve listened to and loved the Doors for 25 years, so probably them. 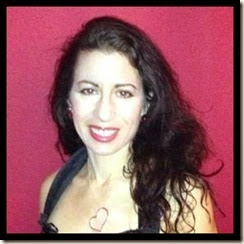 Lisa loves stories with dark, brooding heroes and independent, caring heroines. She feels very honored to be a multi-published author since she's wanted to write since the sixth grade. Her travels have provided her with inspiration for various settings in her novels, including deployments while she served in the Marines. She lived in Parris Island, the California desert, and Okinawa, Japan. She also backpacked alone through Europe, and lived in Paris, France, as an au pair before returning to the U.S. and buying a book store. She now lives in New England with her husband, two children, a cat, and many fish.