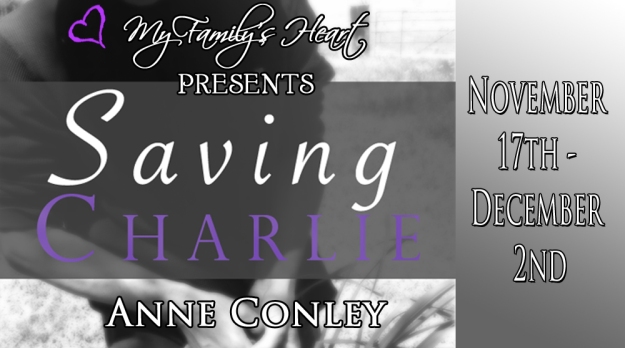 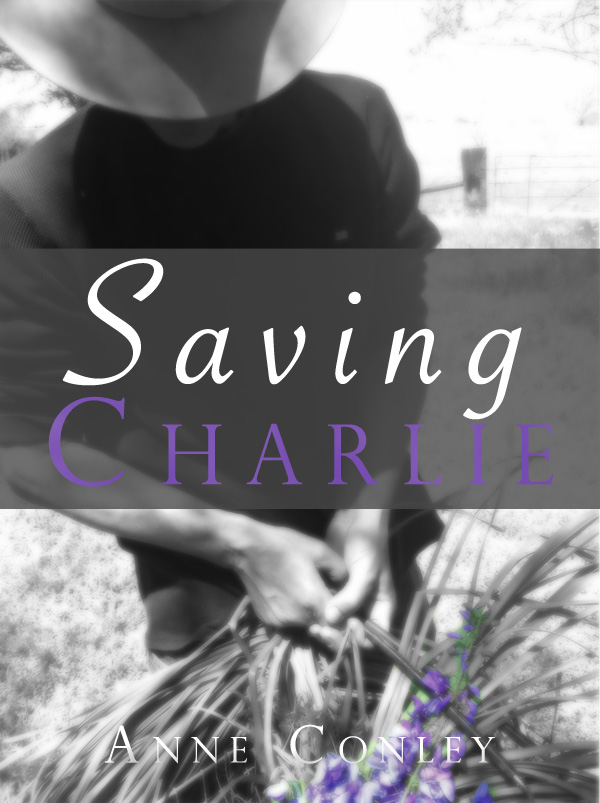 100,000 children are sexually trafficked every year in the US. In the 1990s, Charlie was one of those children. She’s spent her adult life getting past that, trying to become a successful business owner in Serendipity, TX. Relationships are not goals for her. In fact, she’s not even sure she has what it takes to be a part of one.

Les is a fool for love. All he’s ever wanted was a girl. Now that every last one of his friends are married, and in happy relationships with families, he can’t stop thinking about the sexy lady who sells house parts, even if everything about her screams at him to stay away. He just can’t.

When they are thrown together on a cross-country road trip, Charlie’s past comes back to her full-force, long-buried memories inundating her. Les seems to be the only thing grounding her to the present, when everything else seems to be trying to tear her apart.

While it has a HEA, the road getting there is long, rough, and dark. Enjoy the ride. 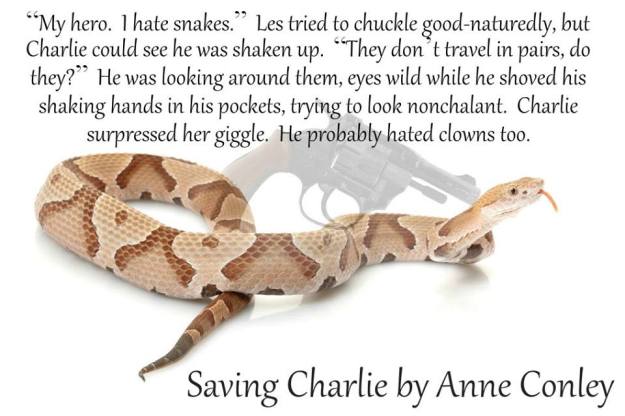 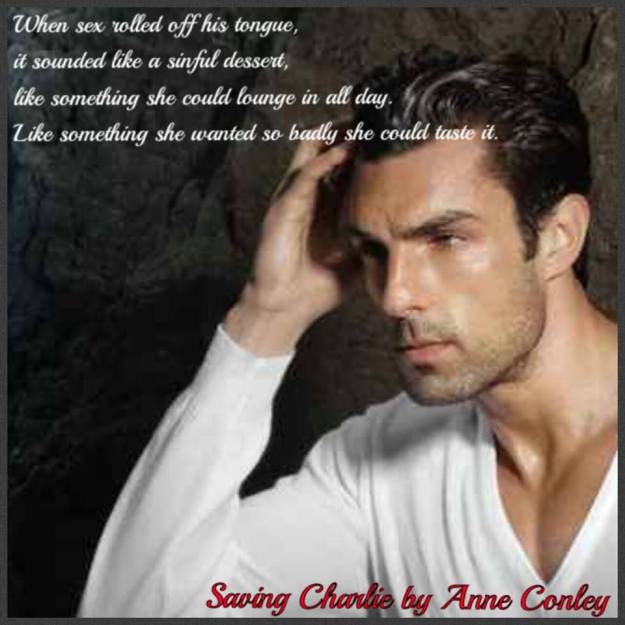 They were passing a sign for White Sands when Les tugged gently on a piece of her hair. “Let’s stop here for a little bit and stretch.” She agreed and when they pulled into the national monument, Charlie was overwhelmed. “Wow…It looks like a beach with no water.” Les climbed out of the truck and walked into a pristine patch of sand, unmarred by footsteps. She laughed as he proceeded to mess up the unadulterated landscape by doing cartwheels and whooping. She watched his transformation with blatant amusement and a little bit of jealousy. He was so carefree in almost everything he did. It was breathtaking to watch this grown man play in the desert like a child. “Hey, Charlie! Come here!” He called her over to where he was making a snow angel in the sand, flapping his arms and legs wildly. She couldn’t help herself. She stood next to him and fell back with a thud, making her own angel in the sand. She was close enough that her hand brushed Les’s when she flapped, and he grabbed it and clasped. She turned her head to look at him and saw his face breaking into a smile that matched her own. They gallivanted around, Les piggy-backing her around the park, having sand fights, and stealing kisses. Charlie couldn’t stop the giddy feeling erupting from her. Her entire adult life, she’d tried to stay away from being a part of something like this, and now that she’d finally let herself do it, she felt like a teenager. She wanted to touch Les all the time, walking hand in hand, or better yet, with her arm around his torso. She stole looks at him, and the best were the kisses he pretended to steal from her when she wasn’t expecting them. She was a part of something special with Les, a half of a whole, and the possibilities she allowed herself to ponder filled her with an unfamiliar longing. They snapped photos of each other clowning around, and themselves together. Charlie couldn’t remember when she’d had more fun, just laughing at herself and someone else. Les deposited her on a hill, with her back to him and told her not to look until he said so. She closed her eyes and nodded, then with a mysterious grunt, he was gone. She waited, a small smile on her face, wondering what he was up to. When he finally called to her from some distance, she looked. Les was at the bottom of a hill in an enormous heart he’d made by shuffling his feet in the sand. Inside the heart were the initials, C + L. It was an impossibly juvenile endeavor, and it brought a tear to Charlie’s eyes. She pulled out her phone and snapped a picture. Back at the truck, she watched, amused, as Les tried to shake all of the sand out of his clothes before climbing into her truck. He stripped off his shirt, socks and shoes before shaking everything out. She ignored the flutter in her belly at the sight of his shirtless chest, and instead poked fun at him slapping at his jeans. “Are you always so anal about dirt in vehicles?” He looked at her, his eyebrows waggling, an impish smirk on his face. “Why, Sweetness, did you just suggest Anal?” She blushed furiously, “No.” Getting into the truck, she was suddenly worried. Did he do that sort of stuff? He seemed so sweet, like a missionary type guy, maybe doggy-style, but anal? Was he into the hard-core stuff? Would he want to tie her up? Charlie didn’t do bondage, in any form. Back on the road, the silence was uncomfortable for Charlie as she tried to wrap her mind around the alarming thoughts racing through her head. Finally, she decided to just put it out there. “Are you into stuff like that? Anal?” He snapped his head around, shock evident on his face. “It was a joke, Charlie. I didn’t mean anything by it.” His fingers reached over for a tendril of her hair, and she rested her cheek on his hand. “I was just checking. I don’t...” she took a deep breath. “I don’t like sex like that.” His hand drifted down to her leg. “I just like sex, Charlie. And I have an idea if it’s with you, it’ll be amazing, no matter what kind it is.” He squeezed where his hand was on her thigh. “I don’t need all that other stuff, blindfolds and toys and stuff. I just like your basic sex.” Just the image in her mind of the two of them together had a warm pool of moisture coating the inside of Charlie’s panties. “So, you’re a missionary man?” He chuckled and adjusted his crotch while an adorable blush crept up his neck. Charlie liked that the conversation was getting to him, too. “Missionary, cowgirl, doggy-style, I like it all, but I like using the correct holes, and have never felt the need for aids in the bedroom.” Charlie heard the exhale of relief from her mouth, as well as Les’s soft chuckle, but she couldn’t concentrate on the relief she felt, she was too busy tamping down the images of Les making love to her in ways she didn’t really want to think about right now. Oh hell, who was she kidding? She totally wanted to think about them. 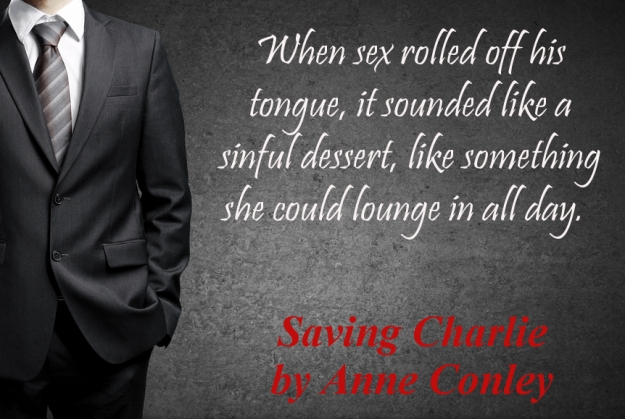 Anne has written her entire life and has the boxes of angst-filled journals and poetry to prove it. She's been writing for public consumption for the last four years. Currently she is writing two romance series. In Stories of Serendipity, she explores real people living real lives in small town Texas in a contemporary romance setting. In The Four Winds, she chronicles God's four closest archangels, Uriel, Gabriel, Raphael, and Michael, falling in love and becoming human. She lives in rural East Texas with her husband and children in her own private oasis, where she prides herself in her complete lack of social skills, choosing instead to live with the people inside her head. 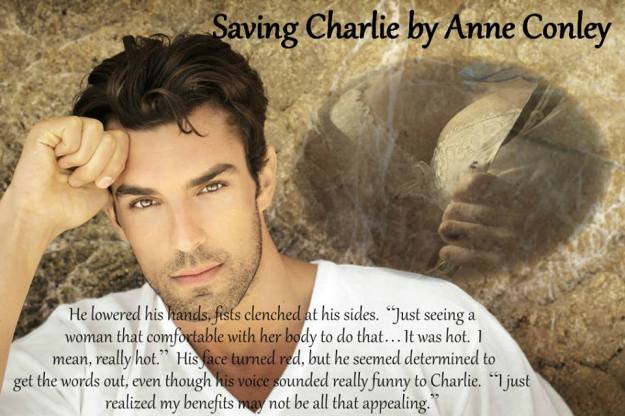 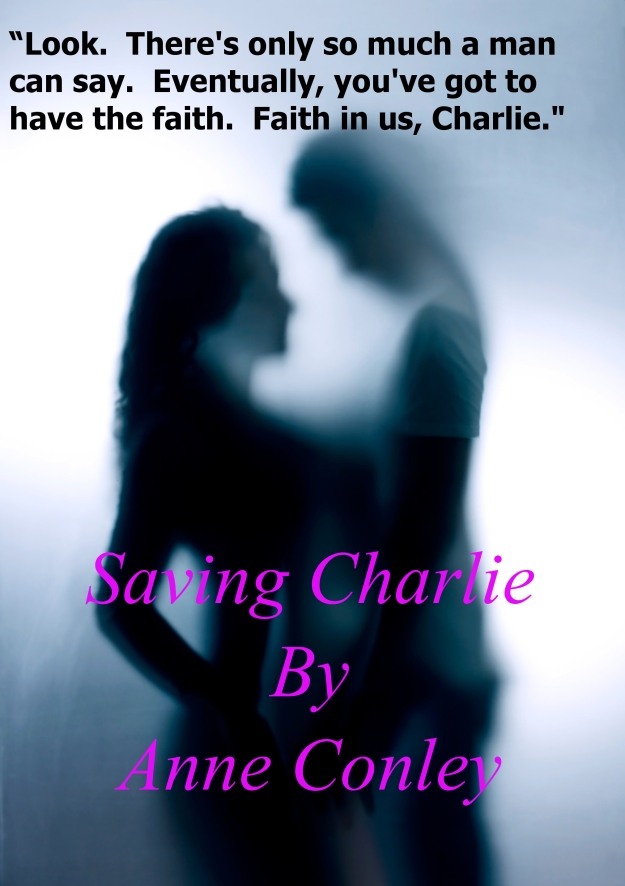 Tour has been Organized & Hosted by