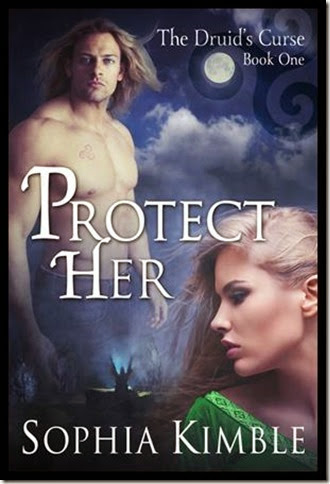 Golden Alexander is trapped in a nightmare.

Trying to flee her hallucination of a demon, she runs heart first into the brooding alpha male she’s been dreaming about for years, and then her nightmare really begins.

Kris Pietka is done with women...he’s broken. But when he meets Golden, an overwhelming need to protect her tests everything he thought he knew about himself, and the paranormal.

A bond forged centuries ago thrusts them together as they search for a way to break an ancient Druid curse prophesying their demise. Racing against the clock, they travel from Vermont, to the Carpathian Mountains in Poland, and the Scottish Highlands in search of answers and a way to break the curse.

But something evil watches—it covets, and time is running out.

Will fate allow love to prevail against unbeatable odds, or will Golden wake to find it was all a delusion?

The side door to the house opened behind her.

The deep male voice filled the kitchen. Filled her. Her muscles tightened, her arms vibrated like she’d been doing yard work for the last hour and had just turned off the weed whacker.

Mary raised an eyebrow in her direction before looking past her to the door. “Kris, proszę meet Golden. Come, come.”

Heavy boots sounded on the wooden steps. The loud thumping stopped as if in mid-step and an invisible electric current slammed into her back. Heat spread through her and settled in her belly.

“Golden is your Babci’s new caregiver.” Mary enunciated as if she were speaking to a five-year-old. “I told you last week she answered the ad and was coming today. She’ll be starting on Monday.”

Mary glared at Kris and then turned to Golden with an apologetic smile on her face. Kris moved around the table and stood next to his mother.

He narrowed his piercing blue eyes at her, and a lock of sandy brown hair fell from behind his ear.

He looked exactly like the man she’d been dreaming of for years.

The once cozy kitchen felt tiny. Airless. Too hot. Using the table as a lever, Golden forced herself to stand and shot a glance in Mary’s direction, worried she was hallucinating her dream man and looked delusional. It wouldn’t be the first time she’d acted crazy. Okay, Mary didn’t act like her new employee was tripping her ass off. Good to know.

Words in a language she didn’t understand flew out of his mouth, his unfriendly gaze fixed on her. Wow, angry much? He was obviously talking about her in a not so nice way, which pissed her off. Combined with her confusion, she was a hot mess. And all the while her emotions were ping ponging, her body pulsed, begging for this jerkoff to touch her.

His brows furrowed, and he ranted as though she weren’t in the room. Rude. New plan. She’d figure out how she’d dreamt of him later. First, she wanted to know what he had against her and why she reacted to the jerk like he’d brought her a dozen roses while hanging out the sunroof of a limo.

Mary cut him off with a single word. “Dosyć!” She closed her eyes and whispered, “Enough.”

Kris sucked in a breath, and without another word, pivoted on his heel and walked deeper into the house.

What was wrong with him? Ever hear of anger management classes? And what was wrong with her Benedict Arnold body? Pick an emotion and stick to it. Anger, that’s what was called for here. Not, gee you’re hot, I’ve been dreaming of you for years. Want to hook up?

Figures, the one guy that finally made her wake up and say hell yes was a total turd.

Character Bio: Twenty-year-old Golden sees demons. Her psychiatrist explains her hallucinations with a diagnosis of sleep paralysis, but Golden is sure they’re real. When an opportunity arises, she jumps at the chance to flee her crazy life, and move across the country to rural Vermont. But she finds her new start isn’t the normal she’d expected. The ‘visions’ have followed her, and when she meets a stranger she’s dreamed of for years, déjà vu doesn’t begin to explain the instant desire and love she feels for him. Feelings that don’t fade in spite of the fact her dream man is kind of an asshole. 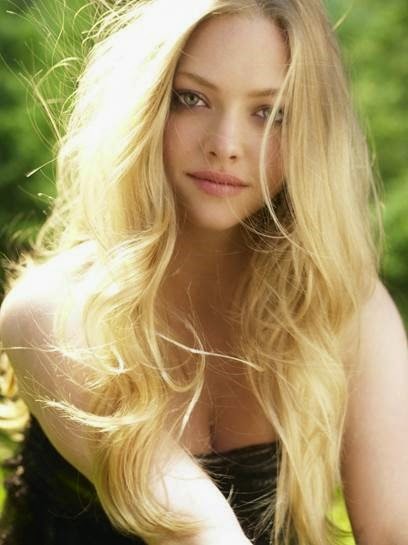 I wish everyone would believe that I’m not really crazy.

I dream of a man I’ve never met who comforts me.

I fear the demon is real, but also that it’s not and I am actually crazy.

To turn back the clock to the time when my parents and younger brother were still alive.

Casual. Live in jeans and T-shirts.

Ha! If you ask my overprotective older sister, she’d tell you that I live to be a rebel. However, I really just want to fit in.

Having the guts to move across the country to Vermont, and leave all the sorrow of my crazy life behind me in Southern California.

Being surrounded by people who don’t look at me like I’ve lost my mind.

Well, it kind of contradicts my previous answer as I think I might really be insane.

When I’m pissed off, I tend to squeal and stomp my foot. Yes, I know…but I’ve been doing since I was little and can’t help it

Lailoken, the Druid High Priest. He is really the bane of my existence, with his trickery and curses that span centuries. I mean, really? Get a life and get out of mine!

Not finding out about my ancestors when my parents were alive. It would have really helped me now.

King Author…he epitomizes strength with the ability to love deeply.

The women who bravely fight in our military

I would love to live my life without fear.

The truth will set you free! 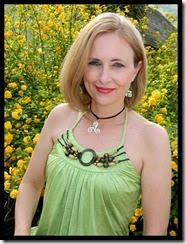 Sophia Kimble has always wanted to be an author, but for years, life got in the way. She wouldn’t change a thing about how her life turned out, though. Her family keeps her laughing and loving. Her wonderful husband and two extraordinary children stand beside her every step of the way and make this journey called life worth living.

Sophia has worked as a nurse for twenty years, but has put that career path aside to devote her time and imagination to writing down the stories that keep her up nights.

She takes her love of the paranormal, history, and genealogy, and weaves them into tales of family, fated love, and supernatural occurrences.

Connect with Sophia at the following sites: