With gorgeous custom covers and a clean, sophisticated design, the SilkWords site offers a secure, upscale reading environment. In addition to content on their web site, they offer stories for purchase in the standard e-book formats.

SilkWords is owned and operated by a full-time mom with a background in genetics and an RWA RITA-nominated, multi-published sci-fi romance author.

Their technology guy and site designer was the founder of Microsoft Xbox Live.

SilkWords features two formats that allow readers to choose how the stories will proceed.

Will she or won't she? With which man (or woman) in which location? With Pick Your Path romance, you decide. Romance and branched fiction are made for each other, like picking your favorite flavor of ice cream...positions, partners, and paraphernalia, oh my!

Readers vote at choice points and decide how the story will continue. These stories are a great way for readers and authors to connect. It’s exciting to be part of a developing story! 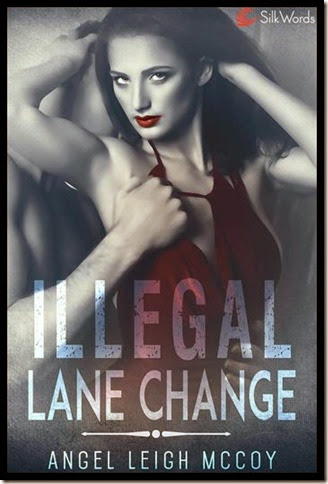 Chicago lawyer, Adele London, has worked hard to get where she is, but when her misogynist boss makes it clear she won't be allowed to excel, she decides she needs a change. With the help of her best friend Karen, Adele considers her options, and only one solution keeps rising to the top: the radical one. It will require that Adele forego societal conventions and stretch into new territory. Once she commits, there's no going back! The time has come for her to make an illegal lane change.

At 2:04 A.M., Adele London left her office. Her briefcase felt even heavier than usual, filled as it was with files for the next day's court case—a divorce that was threatening to stretch out into legal Hell. She carried her high heels in her other hand, to save her sore feet, and made her way through the deserted law offices of Berger, Dachina, and Smith toward the elevators. The halls were long, lined with dark, empty offices. There were only the emergency lights to illuminate her barren path.

Adele appreciated the silence. It was one of the reasons she liked working late at night. During the day, everyone wanted something from her. Five minutes wouldn't go by before someone was in her doorway or emailing her. In the wee hours, she could have her meltdowns and no one would see. Waiting for the elevator, the tears came, following the unhappy thoughts that dogged her.

Earlier on the phone, Adele's best friend had asked, "When was the last time you had a vacation?" Karen always knew just what to say. "Have you even taken any time off since Tom died?" Karen was the only one who spoke so frankly with Adele about her late husband. Most people shied away from the topic—as if it were dangerous or distasteful.

Adele had admitted to Karen that she hadn't had a real vacation in five years. She'd needed to lose herself in her work for so long. But, something in her had snapped that morning and work was no longer the sanctuary it had been. Her boss, Mr. Jacobs, had threatened to fire her if she didn't approach the divorce case his way. After all she'd done to prove herself at the company, he couldn't let her make the call. Adele had reached her limit with sixty-hour weeks, snooty lawyers, bitchy clients, and misogynist bosses who used emotional blackmail to get their way. She'd just had it.

Much to her surprise, a man answered. He was tall and well-proportioned, and Adele could tell because he wore nothing more than a pair of tight blue jeans, zipped but unbuttoned. His dark hair had just a touch of curl, bed-ruffled and thick. His skin looked warm with an even creaminess, naturally tanned.

"You must be Adele," he said, voice quiet and rich.

Adele could only nod.

"Come in. Karen will be out in a second. I made coffee." The man stepped aside to let Adele pass. He smelled of sex and coconut. "I'm Adam."

Of course, he was. "I'm Adele." Awkward. "But you knew that. Hi. I'd love some coffee. Thanks." She bent to set her briefcase against the wall, but couldn't take her eyes off him even for that.

The smile that registered in his eyes but not on his mouth had caught Adele's full attention. Brown, those eyes had the coloring of a dark ale—Adele's favorite drink.

"Let me take your coat," he offered and stepped behind her. His hands at her collar were gentle and uncommonly warm after the chill of the night air. Under any other circumstance, Adele would have thought he was trying to seduce her with his courtesy, but she knew that wasn't the case. Her own loneliness made her vulnerable to his touch, his nearness, his gorgeous looks.

What happens next? At Silkwords.com, you choose where this story goes. Until December 9, 2014, you can read the rest of the introduction and cast your vote for how you want "Illegal Lane Change" to unfold. Visit <a href="http://www.silkwords.com" target="_blank">Silkwords.com</a> to advise Adele on how to proceed!

Character Bio: Adele London spent most of her life in Chicago, playing by the rules. She was a good girl, went to law school, and married the man everyone said was right for her. None of it made her happy. The past six months have been one disappointment after another as she discovered—at her husband’s funeral—that he’d been cheating on her, and now her boss won’t let her handle her latest case as she sees fit. She’s tired of pleasing everyone else and wants to do something for herself for a change. 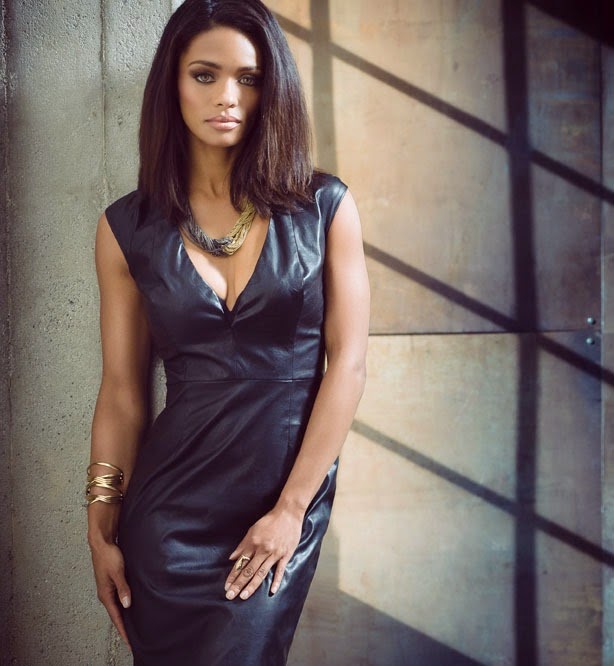 My best and my worst qualities come from the fact that I had a strict upbringing that instilled the desire to be a “good girl” in me. I followed all the rules growing up. Some people hated me for that, and some abused my trust. I still find it hard not to take other people’s feelings into consideration before my own, but I’m learning to be more selfish. If I’ve learned anything over the years, it’s that I have to take care of myself because no one else will.

Oh, they’re going to find out. I’m sick of being a doormat. The people in my life are going to learn that I actually do have a spine—and I know how to use it.

I’ve always wanted a child. For as long as I can remember, even as I was actively pursuing a career that I knew would consume me. I gave up family for my career, and it hurt more than I ever cared to admit.

Spiders! And getting sucked into another bad relationship. The last thing I need is an untrustworthy and controlling man. I’m sealing my heart away so I won’t be vulnerable any more.

Someone to love, who loves me back unconditionally. A child will do that. We’ll be a great team, just the two of us. The more I think about it, the more excited I get.

Single, single, single! Well, technically, widowed. My husband of several years was killed in a car accident. I learned at his funeral that he had kept a lover on the side. I’ll never marry again.

I love clothes! I like to feel beautiful, even when in a professional suit for a court date. I suppose you could say I’m a sensual dresser. The feel of the fabric is important to me. There’s nothing better than a soft skirt brushing against newly shaved legs.

I’m trying to be more of one. Maybe I should get a jaunty hat. I hope I’m not ruining my life.

Graduating from law school was the biggest challenge I’ve ever overcome. But my greatest claim to fame is that I worked my ass off and passed the bar exam on the first try. I had something to prove back then.

I’m still defining that. Everything I thought would make me happy didn’t. It’s time for me to do some hard thinking about what would truly make me happy.

A little bit terrified and a little exhilarated. I’m embarking on a new life, taking risks without a safety net. Oh, God!

I’ve been reading a baby book, to learn all about motherhood. I keep it in a book cover so no one will see what it is, but I browse through it often. I carry it everywhere I go, in my purse. There’s so much to know, and I want to do this right. Just looking at the pictures in it makes my heart sing.

I’m told I have piercing eyes, especially when I’m angry. Lots of people have remarked on them.

Liars. Keep away from me if you’re one of them.

Does it have to be someone living? If not, my late husband. If so, then I suppose his lover fits the bill. I only met her once, beside his coffin, and I’ll never get the sight of her telling me their secret out of my mind.

Honesty. Don’t be coy, just tell me what you’re thinking. No secrets allowed.

The same. Though I’m rarely attracted to another woman, I did dabble in college. All my treasured friends have a frankness about them that I admire.

Tony Stark (Iron Man). Yes, comics are one of my guilty pleasures. Stark is honest and doesn’t care who he angers. He pulls no punches, and he’s loyal to his girlfriend. He’s a truly heroic figure.

I’d have to say my friend Karen. She grabs life by the balls in a way I wish I could. I’m trying to be more like her.

I’d be less worried about what others think of me. How sad is that?

What doesn’t kill you, makes you stronger. 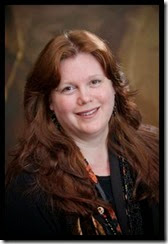 Angel Leigh McCoy writes short fiction, publishes a magazine, edits anthologies, and serves as the Horror Writers Association’s bumbling webmaster. Among her babies is the podcast at WilyWriters.com, the DEEP CUTS anthology, AnotherDimension Magazine, and bytes of her own fiction scattered here and there in the world. She’s employed as a narrative designer at ArenaNet, spinning the Living World yarn of Guild Wars 2.

In her spare time, she’s the mastermind behind the indie game projects at Games Omniverse. She began her career designing story and gameplay for White Wolf, Wizards of the Coast, FASA, and other RPG companies. At Xbox.com, she was the game reviewer known as Wireless Angel. Angel shares a padded cave with Boo, Simon, and Lapis Lazuli (kitties) in Seattle, where the long, dark winters feed her penchant for all things spooky and cozy. SFWA & HWA pro member.

Posted by authorkarenswart at 9:51 PM