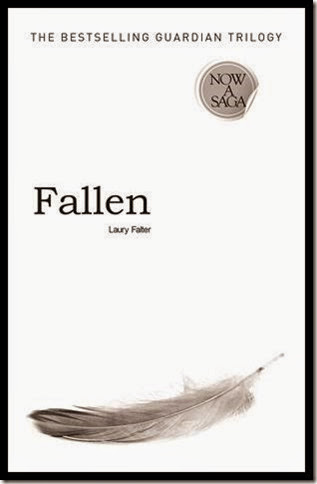 Fallen - the first book in the Guardian Trilogy...

Maggie is unaware of the terrifying fate that awaits her. It isn’t until she lands in New Orleans for a full year at a private high school and her unknown enemies find her does she realize that her life is in danger.

As a mystifying stranger repeatedly intervenes and blocks the attempts on her life, she begins to learn that there is more to him than his need to protect her and that he may be the key to understanding why her enemies have just now arrived.

“I apologize for the delay, Abaddon.”

I turned my head to find Eran standing beside me, no more than a few inches away.

Excitement swelled inside me, so powerful I couldn’t have contained it if I’d wanted to. The nervousness now displayed on Abaddon’s face gave me even stronger encouragement.

I wanted so desperately to reach out and wrap my arms around Eran, wanted it more than anything in the world. My desperate yearning was only being held back because I still couldn’t move.

I’m not sure Eran would have allowed it anyways. He was a warrior, and he was now engaged in battle. Besides, I was nothing more to him than someone to save.

Eran didn’t look my way but kept his focus on Abaddon, who stepped back a few paces, his confidence faltering.

It was Sarai who strolled forward, self-assured, placing herself in the middle.

As she strolled by Abaddon, she mused, “Don’t worry, I believe I can handle this one.” Her face curled up into a hideous grin as she continued her approach.

I knew then what she planned…but it was too late.

“Eran, so good to see you again…” she whispered in a low drawl.

“No!” I screamed enraged, waiting for Eran to fall to the ground, whimpering with desperation as Rufus had done.

A moment passed and Sarai’s face contorted, confusion setting in. Her state of shock became more defined, deepening further when he finally replied.

“You don’t work on me, Sarai…” I watched in disbelief as his gorgeous smirk, the one I missed so deeply, rose up. Eran turned and his stunning eyes settled on me, concentrating so intently I could not have mistaken his message. “I’m already in love.”

The world changed for me at that moment. As Eran’s confession hung in the air, I felt the passion and the power in me swell. Nothing was impossible now.

Sarai’s mouth fell open, a shaken sigh escaping. She then looked at me, her eyes narrowing in fury as Eran’s words sunk in.

Eran flippantly disregarded her, turning to address Abaddon. “You are outnumbered. You are overpowered. You have allowed yourself to be cornered. Shoddy work, Abaddon.”

As I watched their interaction, it dawned on me that Eran was enjoying this moment and that it appeared to have been long overdue. I felt a smile on my lips, nearly causing me to giggle.

It was then Abaddon released me. I fell to the ground, hitting it hard but overwhelmed with relief. I glanced up, wondering what power Eran had over Abaddon to give up his hold on me.

In an instant, I realized what had happened.

Abaddon had let me go willingly. He needed his energy – all of it – for another reason…

Leaning forward, Abaddon’s arms extended, his feet sweeping up from the ground, as he lunged for Eran.

"Fast-paced, the story starts off strong and retains a tight rein on the momentum throughout. This book mixes humor, mystery, and the supernatural into a satisfying blend that should appeal to both young and more mature readers." ~Coffee Time Romance Review

"Great flow of interest and most unusual characters (that you will love as I have). I have laughed out loud at some of them. Good, simple, fast read that has a great hook, line and sinker." ~Great Minds Think Aloud Review

"A very good read with interesting characters and a quick pace." ~Life Is Better With Books Review

"While I was given the first book I just bought the 2nd one, Eternity, and plan to start it tonight." ~The Book Hookup

Character Bio: Maggie has moved from city to city every three months since she was an infant until landing in New Orleans to finish high school at a private academy. She has no idea her enemies have hunted her for years, that she is married to her eternal love, or that she is the last of her kind.

Describe yourself what is your worst and Best quality? Well, my quality that comes to mind is both a curse and a gift. Visiting the afterlife while you sleep can be a major pain, and yet it brings so much happiness to others when I’m able to deliver messages to their dead loved ones. It’s a toss-up. You might think I’m unappreciative about my ability, and that’s just fine if you do, but it’s not as easy as you might think to grow up wondering why you’re seeing people regularly in your “dreams” who you know to be fully, completely, unalterably dead. And then try to live a normal life. I say good luck.

What is the one thing you wish other people knew about you? I really couldn’t care less what other people know about me. I don’t care to share any secret details and, of the things they can see about me outright, they can go ahead and think what they want. I’m not in the habit of trying to fit in by making myself seem typical.

What is your biggest secret something no one knows about? Plenty of people have tried to fabricate rumors about me, but the ones who really care, the ones who I keep close, are the ones who find out my secrets by getting to know me.

What are you most afraid of? I’m slightly hesitant to mention them, because I don’t like to think of myself as fearful of anything. But if I had to put a point on it, if I were pressed for an answer, it would be the Fallen Ones, the ones who have hunted me since the day I was born.

What do you want more than anything? For Eran and everyone else to be safe from my enemies. I’m terrified that they will be harmed, or worse, because they are involved in my life.

What is your relationship status? In love, deep and permanent love.

How would you describe your sense of fashion? Easy. I have a closet full of band t-shirts and jeans, and not much else, and I dress each day by picking whichever shirts and jeans happen to be on top of the pile. Then I top off my wardrobe with my always trusty biker boots, with steel-reinforced toes. Very helpful for when riding my Harley Davidson motorcycle to school.

How much of a rebel are you? I wouldn’t consider myself a rebel, although others might argue for it. The Warden (my principal) comes to mind. I don’t try to create chaos. In fact, I do my best to avoid it. But it’s never far behind once the Fallen Ones find me.

What do you considered to be your greatest achievement? Surviving until high school. Imagine a band of marauding lunatics bent on killing you, perpetually hunting you from city to city, and you innocently evading them. I’d say that’s quite an impressive feat.

What is your idea of happiness? Existing with Eran in whichever world we choose, without fear of the Fallen Ones returning.

What is your current state of mind? Agitated. I’m not fond of interviews. I’d much rather be the one asking the questions, which is probably why I excel at recording and delivering messages to those in the afterlife. If it wasn’t for Ezra’s tenacity and enthusiasm for it, I would have declined this one too.

What is your most treasured possession? My Harley Davidson motorcycle. It has unerringly delivered me to any place I have wished to go. And it makes enough noise to bring up a frown on The Warden’s face.

What is your most marked characteristic? I’m short. I suppose that would be my greatest distinction. No one would ever guess that my little frame could pack a good punch. And that’s a good advantage in a fight.

What is it that you most dislike? The existence of Fallen Ones. Plain and simple. They take the top slot. Because of all the pain and suffering they bring to so many innocents. Being required to have a guardian because of them comes up a close second. If it weren’t for Fallen Ones there would be no ongoing (mis)perception that a guardian is necessary for a messenger. I don’t need one, I don’t want one, I never will. Again, plain and simple. But I have one, because of them.

Which living person do you most despise? Abaddon. Always and without fail, Abaddon. Every action he makes is designed to hurt and ultimately to destroy. I’m not worried about me, however, even if his efforts have always been to aim his destruction at me. I worry about everyone around me, and what he might do to them if he catches them with their guard down.

What is your greatest regret? That others’ wellbeing are continually in jeopardy because of me. Being around me is like a time bomb, although you never hear the ticking, so you don’t know when everything around me will explode or even that it will explode. And when it does, I’m not always successful in protecting them.

What is the quality you most like in a man? Reserved confidence. The man I love isn’t boastful or vain. He doesn’t require congratulations or compliments. He doesn’t need it. His actions come from doing what he can for others, not for himself.

What is the quality you most like in a woman? Ezra comes to mind, and what I like about her is her unwavering support. No matter what choices I make, or how badly they turn out, she has never once punished me for them. She offers guidance and then let’s me make my own decisions. Sink or swim, it’s always up to me then.

Who is your favorite hero in fiction? If you look closely at historical fiction, there are stories about my guardian, ones that the authors didn’t know originated from truth. What he has done has been passed down from generation to generation until they became more fiction than fact, and his persona has been divided into multiple characters, because it seems implausible that one man could have done it all. But some legendary figures lauded for legendary acts did take place and he does exist. His name is Eran.

Which living person do you most admire? See my answer above. It’s the same.

If you could change one thing about yourself what would it be? I’m fairly happy with myself, all things considered. On a superficial level, my eyes seem a bit too big and my height feels a little stunted, but neither of those are devastating. On a metaphysical level, I’d like to have been given a choice on whether to have the gift to travel between dimensions. But what good comes from crying over spilled milk? In general, I think it’s easiest to just appreciate what I do have and not what I don’t.

What is your motto? You can’t live your life by other people’s expectations of you. Your friends won’t care one way or another and your enemies will never be impressed. 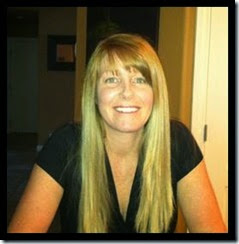 Laury Falter is a bestselling author of young adult romantic suspense and urban fantasy. She has three series out: the Guardian Trilogy, the Residue Series, and the Apocalypse Chronicles.

Posted by authorkarenswart at 9:33 AM