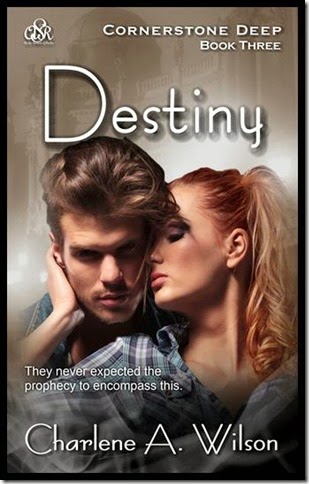 “Flesh cannot take away that which our souls have united.”

Stars blinked, and Vincent scowled at the firmament. They mocked him—tiny gems as out of his reach as the treasure he sought. With a snarl, he scanned the area around the empty town square, whirled to face Simpson drive, and then jabbed his hand toward the deserted street of the city’s east side.

The summoning command echoed through the night and then ebbed into the quiet atmosphere with no result.

A frog croaked from Center Creek somewhere within the park to his right. The urban green rustled and deep shadows waved as the breeze whispered along the tall border hedges. A cat padded from an alley between the north side commerce onto the sidewalk and then looked his way. The dim streetlight reflected in its eyes, two silver discs that taunted alongside the night sky.

With a growl, he punched his frustration into the air. Blue neon flashed from his fist. The bolt highlighted the crimson brick storefronts and plowed into the street with a resounding blast. Asphalt bulleted the commerce, shattering glass behind the barred windows, and pelted the granite griffin perched on top of the corner archway of the entrance to Shilo Park.

The cat darted back the way it came.

Vincent snarled. Turning toward the city center, he clenched his jaw and glared around the empty court. How many times have I tried to summon the Mother Earth beads from here already? Every faithful follower of the gods had come to witness the absence of Gryffin. When they left, the park was in shambles. It took three weeks to pick up all the rubble and return the vegetation to its rightful state. He glanced over his shoulder at the stone gargoyle. The god of conformance couldn’t have made a more striking statement with that disappearance act—and the beads couldn’t have been lost at a worst time. Anyone could have stashed them away, thrilled to find such a keep.

Vincent ground his teeth together so hard his temples ached. Humidity thickened the early summer night and carried the sulfuric odor from the west side industries. It coated his senses with added irritation. Where was the floral scent of Shilo Park? He needed the sweet comfort it held.

Releasing his breath, he whispered a vow he didn’t intend to sustain. “Elaina, you will never touch another magical charm as long as you live.”

He glanced at his watch and sighed an anxious breath. I need to get home.

How long before his brothers questioned his excursions? How long could he keep the disappearance of the relic a secret?

Furling his cape, he dispersed his elements into a fine mist. He allowed his dark essence to meander as he flew the length of the boulevard, recalling the crowded scene. Pilgrimage buggies, tents, covered wagons; they were only a portion of the massive gathering of faithful that had finally cleared the area.

Irritation rippled his essence. With a growl, he conceded failure and headed over the southern apricot orchards to Shilo Manor.

I thought of it as a teen, but had no idea how to make it a career. I studied the arts intent on being a teacher. Funny how things end up.

I wrote short stories in my teens and considered myself a bit of a writer then. But life carries you in all sorts of directions, doesn’t it? I’ve served in several settings… from caregiver to detention deputy. I finally got to settle into my calling in writing.

I have the opportunity to be a full time writer, mom, and wife…

I do have a publisher, CleanReads.com. I also self-publish. I like the challenge and freedom of having both.

I hear of authors who can write several books a year, and you always see a new title from them. But it takes me about a year to flesh out, revise and edit a manuscript.

Oh yes, more books in the paranormal/light sci-fi/fantasy and most definitely romance genres. But I do have a couple in the sidelines that are contemporaries waiting to be seen.

They are actually categorized as sci-fi since they take place in other dimensions, but I think paranormal better suits them with all the magic, Gods, and such.

I love using my imagination. Let it flow and create! I don’t particularly like to be tied to a normal way of existence. Lol

I think I’d have to say that Cole Shilo from my Cornerstone Deep series is my favorite. Bless him, he’s lead by the heart, moody, grumpy (unless he’s around his love), and has been through so much. But he fights with all he has to keep his love. He’s such a romantic and while he might grumble about a task, he fills it whole-heartedly. I just love my Cole.

Yes, the good and the bad. It gives me insight as to how readers are translating what I’ve written. And it helps me improve as a writer.

A title usually comes when I’m outlining/fleshing out the story. If not, I’ll mull it around and ask my fans or characters.

Would it make sense to say they are already named and just let me know who they are? It feels that way most of the time.

Names usually come first with the first impression I get of the character. A couple of times I’ve had to tweak a name. One example is Rhune in my Destiny book. He was originally going to be Rayne. But his personality just didn’t fit the name. It morphed into Rhune.

These are some hard questions! Lol. It seems like the characters are who they are. To me they live in the world and just really let me know what they’re like as I plot out the book. They just fit.

No real morals unless it would be, when you find love, fight with all you have to keep it.

Paperback when I’m at home relaxing, but I really like my e-reader when I’m out an about. 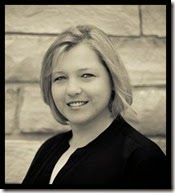 Charlene A. Wilson is an author of tales that take you to other dimensions. She weaves magic, lasting love, and intrigue to immerse you into the lives of her characters.

She began writing in her early teens when her vivid dreams stayed with her long after she had them. The characters and worlds were so amazing she brought them to life through her books.

Charlene resides in a small community in Arkansas, USA, with her two beautiful daughters, husband, a cuddly Pekingese, and a very chatty cockatiel named Todder.