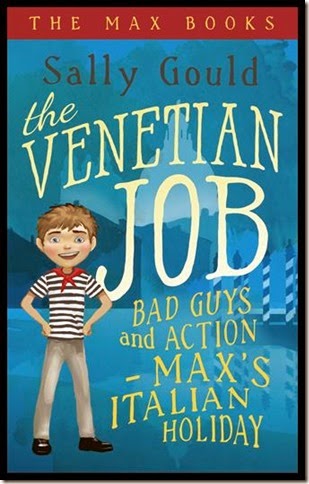 In 'Mafia Encounter', when Max is on a family holiday in Sicily, he and Charlie notice the mafia seem to be following them. Are they related to the mafia boss? Will they have to learn the business? Will their lives ever be the same?

In 'The Venetian Job', Max desperately wants bad guys and action, so he’ll have a good story to tell when he goes back to school. He and Charlie hang out with their policeman uncle, but there doesn’t seem to be a bad guy in Venice. Then in a Palace on the Grand Canal, Max notices something that doesn’t make sense. Will Max get bad guys and action after all?

Sharing a hotel with a mafia boss – even if he was a little old man – didn’t make me feel safe and warm inside. I could feel my stomach doing somersaults while we waited for the elevator. I wondered if Charlie was nervous too. He wouldn’t admit it, even if he were.

Eventually there was a ping and the doors of the elevator opened. It was empty. That was good. Well, it was good as long as no mafia guys got in before we got out.

“I think I’ll do fifty laps,” said Charlie, after the elevator doors closed.

“What about Marco Polo? I want to say we played Marco Polo in Italy.”

He looked at me like I was stupid. “Marco Polo came from Venice; Italy wasn’t a country back then.”

Trust him to turn something fun into a history lesson. “Yeah, whatever.”

The doors of the elevator opened and we followed the signs to the pool. It was an indoor pool, there were three lanes and it was probably about fifteen metres long – long enough for races. I knew as soon as I saw it that Charlie would want to race.

At first I didn’t see anyone in the pool, but then I noticed a figure push off from the edge. Geez, I wanted to have the whole pool to ourselves. Then I saw two men in black suits sitting at the side of the pool. The bad feeling in my gut came back. At first I didn’t recognize them because they weren’t wearing sunglasses. One of them got up and came over to us as Charlie and me were stripping down to our swimmers. I could barely take off my shorts, I was shaking so much.

The man in black was tall and he had big shoulders. He said something to us in Italian.

I knew that meant, Do you speak English? I hadn’t worked out how Charlie could say four English words in only two Italian words.

“Come back to swim later,” ordered the man in black.

“Sure,” I said and began to put my shorts back on. I wasn’t stupid. I knew from school that if someone three times bigger told me to do something, it was best to do it.

“We’re staying at the hotel. We’re allowed to use the pool.” Charlie folded his arms.

Was he crazy? “We can go back to our room and watch the wrestling,” I said to him. “Let’s go.”

Mr. P must’ve been Mr. Mafia in the pool. That was good enough for me. I was out of here. If Charlie wanted to stay and get his head blown off, that was his business. Real casual, I began to walk back toward the elevator.

No, as a child I loved reading. My parents used to worry because I was always reading and in their opinion I didn’t play outside enough. When I was young I wanted to be an astronomer, but then I ended up being a corporate lawyer. It was only some time after having my second son that I began writing.

When I enrolled in a writing course and spent lots of time with other writers.

I signed a contract for my first book in 2005 and it was released in 2007. My agent had submitted it to publishers for several years before it was accepted, so it took a while. It is a picture book for 3 - 5 year olds titled, Charlotte and Me. My youngest son was in kindergarten and he was in love with a girl from Paris. She returned to Paris and he was very upset. He stomped his foot and said, “I’m going to catch a plane to Paris and I’m bringing her home.” My heart broke and many years later I wrote the story.

The Venetian Job is the third book in ‘The Max Books’. Max is on a family holiday in Italy and he gets his wish for bad guys and action.

My next series is also for middle grade readers, however it’s science fiction. I love science fiction, but I’ve surprised myself by writing in that genre.

All my books are for children and most are middle grade fiction. Sometimes I write picture books.

As a mother, I spent a lot of time reading to my sons. My oldest son was a reluctant reader, so I made a big effort discovering books he loved. That led me to writing for reluctant boy readers.

Max is definitely my favorite. When he gets up to mischief in a story it’s funny, whereas in real life it’s anything from annoying to He’s grounded for life!

I enrolled in a writing course when my youngest son was in primary school. Fairly quickly, I realized that writing for children was for me and my sons provided much of the inspiration.

Where do you write?

I write in my study with the sun shining through the window. My dogs lie at my feet while I write, so it’s a nice environment.

Yes, if I’m aware of them I read them.

I write the book and then choose the title.

In The Venetian Job the places are all real, so I didn’t have to invent them. The same applies to Outback Hero, the second Max Book, which is set in Outback Australia. With characters, I always choose names that I like.

Most of my books are in paperback, but I love to read eBooks on my Kindle because it’s so light and the backlighting makes it so easy to read.

Some do and some don’t. When you love a book, it’s such a relief when it works well as a movie. I love all the Harry Potter movies and more recently, I think ‘The Book Thief’ was a terrific adaptation. 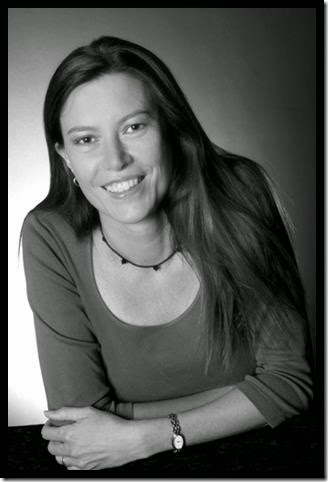 Sally Gould loved books from a young age, but never considered writing them. While she was busy getting up to the mischief that teenagers get up to, she forgot about books all together. Then total insanity took hold and she became a corporate lawyer.

Fortunately, she had two sons and they inspired her to write stories for children. Of course, her oldest son is responsible, logical, studious, considerate, grateful and even makes his bed. The youngest one is only interested in having fun - lots of it. And, except for his teachers, he makes everyone laugh. Their antics have inspired many of Sally's stories. Sally lives in Melbourne, Australia with her family and two dogs - Pebbles, who is sensible, and Jade, who just wants to have fun.

Posted by authorkarenswart at 11:23 AM