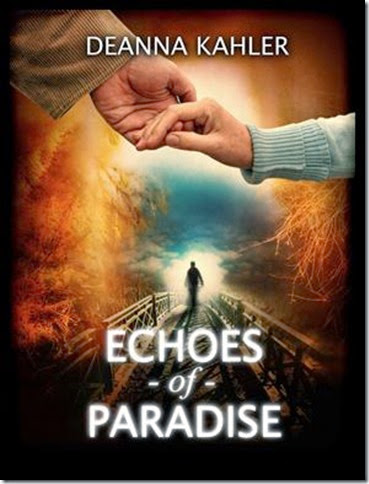 Connor’s dead. But she can still feel him. Is it just her imagination or something more? Celeste wants to know. And she’ll stop at nothing to find out.

A once-aspiring artist, Celeste is going through the motions of life. She’s stuck – in a job she doesn’t love, with a man who isn’t right for her, in a web of painful memories from the past. Adding to her despair is the sudden and unexpected death of Connor, her true love. As she struggles to make sense of the world around her, strange coincidences and mysterious events lead her to question her sanity. When the happenings persist, she wonders if Connor’s spirit is trying to tell her something. Her jealous husband Dave insists it’s all just her imagination. But when Celeste’s young son has an experience of his own, she is determined to uncover the truth.

Join Celeste as she risks her marriage, her career, and her own safety to escape the demons from her past and unravel the mysteries of life and death. With so much uncertainty, there’s only one thing Celeste knows: her world will never be the same.

Celeste began sobbing uncontrollably. She struggled to see the road ahead of her through tear-filled eyes. The landscape became a fuzzy blur of moonlight and shadowy trees. The world around her spun into an unrecognizable mix of darkness streaked with occasional rays of dim light. As she drove blindly ahead, she felt as if she were plunging into nothingness. And she didn’t even care.

She would have continued in her oblivious state, but somehow, out of nowhere, she heard a very clear and distinct male voice pop into her head. She thought that surely she must have imagined it, because it sounded like Connor.

Suddenly a deer darted out in front of her, its startled eyes aglow from the blazing gold headlights. Blood pulsed through her veins as she abruptly swerved her car to the right, narrowly missing the animal. With her heart still pounding, she took a deep breath and tried to regain her composure.

“That was close,” she said aloud to herself. “Stay focused, Celeste. Keep it together.”

Although she was alone in her car, she noticed a distinct presence. It felt like Connor was somehow with her. First the voice, and now this? Surely she must be losing her mind! Even so, she had an irresistible urge to talk to him. Maybe it was silly or useless, but she couldn’t fight this desire brimming inside of her. She didn’t just want communication with her deceased former love; she needed it—even if it was one-sided. She began to have a conversation as if he were right there with her.

Tears streamed down Celeste’s face like the rain on a shiny glass window, and she gasped for air. What she wanted most right now was to know that Connor still existed somehow, somewhere. She wanted proof that his spirit lived on. She wanted to know that he was alive and well in heaven. Although she had been raised Christian, her faith had faded as she’d grown older. Life’s circumstances, unanswered prayers, and the cynical, materialistic world around her had left Celeste with doubts and questions. She now wondered if God and the afterlife even existed at all. She wanted to believe. She just didn’t know how.

Right after she spoke to Connor, a song came on the radio. The words caught her attention, and she stopped crying long enough to listen. It was a tune by Nickelback titled “Someday.”

For a brief moment, Celeste noticed a tingling sensation run down her spine. She felt like Connor was speaking directly to her through this song. It felt as if he were trying to respond to her. Were the words to this song meant for her? Did he somehow hear her cries? Was he trying to tell her he was going to help her in some way?

“No,” thought Celeste. “You’re being ridiculous. This is all just a coincidence. Connor can’t hear you or help you—he’s dead.”

Somehow, even though her rational, logical mind told her this, her heart told her otherwise. Maybe Connor really was alive in the afterlife. Maybe he really could hear her. She needed to know the truth. She wanted answers.

I have wanted to be a writer since childhood when I began writing poems and short stories and received an honorable mention in my first Young Author’s contest. There was a time when I also considered becoming an astronomer because I loved stars and planets, but ultimately being a writer is what came easily to me.

Although I’ve been a writer most of my life, I didn’t consider myself an “official” writer until I landed my first professional writing job. When I was in my 20s, I became a staff writer for Campbell-Ewald Advertising’s custom publishing group. It was at that point, there was no doubt in my mind that I was truly a writer.

Writing a book was a lifelong dream of mine. I began writing my first book, From Pain to Parenthood: A Journey Through Miscarriage to Adoption, in 2012. It took just over a year to write the book and have it published.

I don’t have another job. When I’m not working on book-related activities, I’m a part-time professional writer. Writing is who I am and what I do. I have held other positions before I established my writing career, including bakery clerk, baker, cashier, office clerk and desktop publisher.

The latest book I’m writing is a follow-up novel to Echoes of Paradise. My working title was Visions of Mortality, but I recently decided on the official title, Sara’s Soul. If I had to summarize Sara’s Soul in less than 20 words, I would say: Suicidal psychic meets the one person who could save her life. Can he reach her in time?

I chose to self-publish my books. I loved being able to bring them to market rather quickly and also liked having creative control over my projects. Self-publishing was a great experience for me, and I’m glad I did it. I received validation that I’m on the right track when From Pain to Parenthood was named a finalist in the Next Generation Indie Book Awards in May.

My first book took a little over a year to write, but my second was much quicker (about 6-8 months). I think 6 months to a year is a reasonable timeframe for me to complete a book.

I’m a versatile writer and can easily switch gears to tackle a variety of topics and genres. So far I have written a non-fiction memoir, a paranormal novel and a children’s book. Out of the three genres, I discovered that I loved the paranormal genre the most. You can definitely expect to see another book of this type from me in the future. As I mentioned, I’m already working on it. It’s called Sara’s Soul and will be part of my Afterlife Series. Expected publication is early 2015.

Echoes of Paradise and my upcoming book, Sara’s Soul, are both paranormal romance / visionary fiction books.

I choose to write visionary fiction / paranormal romance because of my own personal experiences with signs, synchronicity and messages from deceased friends and loved ones.

Connor is my favorite character. I love that he is trying to reach out to the woman he loves after death. To think that love really can transcend death and that those who pass can and do communicate with us is comforting, uplifting and inspiring.

I have been writing since childhood. My 3rd grade teacher, Mrs. Clark, was the person who inspired me to write more. She loved a story I wrote for class and was very encouraging. She made me realize at a young age that I had a gift that needed to be shared with the world.

I do a lot of writing in my head, while lying in bed or in the shower. When I actually sit down to write, I’m usually at my computer in the living room. I prefer a quiet environment, with as few distractions as possible. Occasionally, I will bring a laptop along and do some writing on the go.

Yes, I do. I want to know what readers think because it helps me to further develop as a writer. Without feedback, it’s difficult to know what to change in your next book. I know not everyone will love what I write, and I appreciate constructive criticism.

I usually begin writing the book before deciding on a final title. I have some ideas in mind, but the first title I come up with is usually not the one I end up using.

Definitely. I write to make a difference in people’s lives and to inspire them. I wouldn’t be able to do that without some sort of message or moral. One of the key messages in Echoes of Paradise is that there is so much more to life than we can see or touch. In my recently published children’s book, A Rare Gem, the message is that it’s okay to be yourself and that every person is unique and special.

I prefer paperback. I like something I can get my hands on and read anytime, anywhere without a computer or device.

Pasta, with lots of cheese!

My two favorites are Journey and Def Leppard. I love 80s rock music. 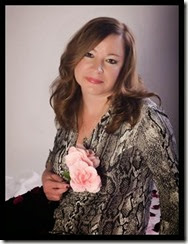 Deanna Kahler is an accomplished writer and proud mom. Her work has been published in numerous corporate newsletters and magazines across the country. She began writing as a young child and enjoys the opportunity to reach others and make a difference in their lives.

Echoes of Paradise is her second book. The story is close to her heart because it was inspired by some of her own experiences. Deanna is now working on a follow-up novel, Visions of Mortality, scheduled for release in 2015. The book will feature some of the same characters and also have a paranormal/afterlife theme.

Deanna holds a bachelor’s degree in communication arts from Oakland University in Rochester, Michigan, where she graduated with departmental honors. She lives with her husband and daughter in a Metro Detroit suburb and enjoys writing, dancing, walking, and visiting parks in her spare time.