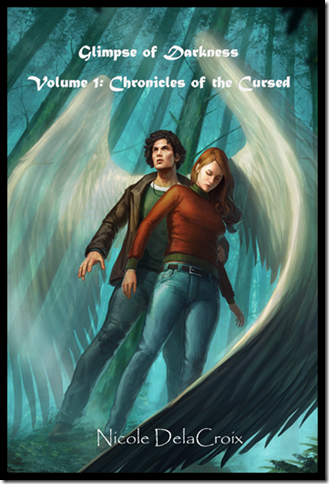 Volume 1: Chronicles of the Cursed

Charlene (Charlie) Bennett is a simple waitress in the wilds of Hyder, Alaska whose father has just gone missing. Isolated and alone, her fathers' disappearance is nothing new to her, but this time things are a little different.

For starters, there is a handsome stranger, Daniel that has come to town and while Charlie has never taken more than a passing interest in strangers, she has an immediate and intense attraction to this one. Secondly, she's soon to find out that this stranger isn't what he appears. He's about to throw Charlie's entire world into a major upheaval.

Now Charlie has to decide if she believes this strangers' incredible story and follow Daniel or if she wants to stay in the only home she's ever known for an uncertain future and an absentee father. As she comes to terms with what Daniel shows her, she realizes that he's the only true thing in her life and leaves everything she knows behind to follow the handsome stranger.

She was standing in the middle of the poorly lit living room surrounded by chaos holding a baseball bat looking more like a scared child than the woman she was. "Charlie, please open the door." The voice sounded so familiar to her, but what on Earth would he be doing here, and how did he know where she lived. She moved towards the door. "Daniel?" "Yes. Charlie, please trust me, we don't have very much time, please open the door and let me help you."

She was very confused but she moved slowly to the door. She knew that Daniel couldn't have possibly done this mess, unless he had done it when she was working. But why would he do something like this and then spend the evening with her. "Charlie, please hurry, we don't have much time and I need you to trust me. I had nothing to do with what's happened in your home, believe me. I'm here only to help you."

She reached for the locks on the door and slowly turned them to open the door. Before she could even turn the knob, Daniel had turned the door and pushed his way in. He quickly moved through the door and closed it again and locked it pushing furniture in front of the door and windows. Charlie was standing there staring at him with the baseball bat still in a defense mode. "You can put that down; it won't do you any good anyway."

Charlie was disoriented and didn't understand what was going on. "What are you doing here? And how do you even know where I live?" Daniel hadn't stopped moving around the room moving furniture into defensive positions around the doors and windows. "I followed you Charlie." "What?! How did you follow me? I drove off and you were still standing in the parking lot when I left." "No Charlie. I wasn't. You saw me following you; you just don't want to admit that you knew it was me. But we don't have time for this right now. Please get whatever you need to leave this place forever and get to the back door as quickly as you can."

She was just standing there looking at him in bewilderment. What the hell did he mean he followed her? She had no idea what he was talking about, and leave this place forever, why on Earth would she do that? "Charlie. MOVE." His voice was filled with urgency and terror and Charlie snapped to her senses.

"I don't understand. What's going on?" Charlie was near tears, she didn't deal well with pressure to make snap decisions and was feeling overwhelmed by what was happening. "Charlie. I don't have time to explain everything to you, so please you will have to take some of this on faith until we can discuss this in a way that I can explain. Please. You know I would never hurt you; in fact I'm doing my best to prevent just that. But you are in serious danger right now, and I need you to focus and do as I say. Can you do that for me?"

Charlie was blinking back the tears but nodded her head. She didn't know why she trusted this man, but he'd not given her any reason not to and right now he was thinking straight and she wasn't. "Go into your room, grab as much clothes as you can put into a backpack. Nothing more than a backpack. Say you understand me." "I understand." "Good. Take only what you can carry in this one backpack, nothing more, and only take what you need. I know it's hard to let go of some things, but they are only possessions, so decide if they are worth your life. If they are, take them, if not, leave it. Say you understand me." "I understand, but..." "We don't have time, Charlie. NOW." 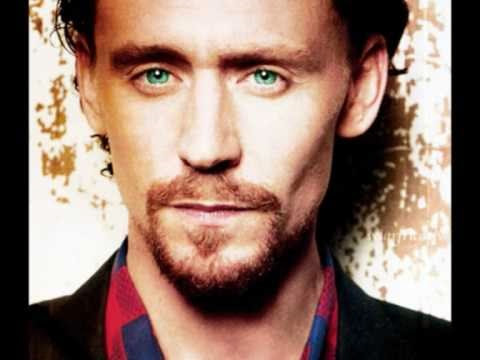 My best quality would be my ability to reach hearts and minds and guide them to the right decision.  This was my function when I was sent down to this planet, and it’s something that I’m still committed to giving to mankind.  My worst quality is that I’ve run out of patience with most of the humans on this planet, but Charlie is beginning to change my mind.  Maybe humanity isn’t as bad as I think it is, I guess we’ll see about that.

The pain and suffering that I’ve endured for mankind as a whole.  I’ve had my heart ripped from my chest simply for trying to save humans.  I’m exhausted and defeated with the whole idea and reluctant to put my heart on the line anymore for anyone.

I hate my fellow angels.  They are greedy, vindictive and childish.  I’ve spent most of my time on this planet trying to help and guide mankind, but I’ve always been under Sam’s thumb.  Now that I’ve decided that I will no longer further his agenda, I’m outcast with only a few rogue angels as friends.   I would do anything to be free of this burden on me.

Losing the thing I love the most, Charlie.

I would want to live the rest of my time on this planet without having to answer to anyone else and be able to live that life with Charlie by my side.

Functional; I prefer jeans and plain shirts, it’s easier for people to forget you if you don’t stand out.

The fact that I’ve left Sam’s mission unfinished; I’ve managed to save Charlie so far and I know that I will never live to see a time where she’s not by my side.  I will die before I allow her to be harmed.

True happiness for me is enjoying simple things and time with the love of my life.

I would say I’m fearful and paranoid but remain hopeful.

My pictures of my past;  I bring them with me everywhere I go and I rarely show them to anyone, unless they are special to me.

I would claim that I don’t have one, but most humans are mesmerized by my eye color or my looks.  I really don’t see what’s so bloody special about either of those characteristics.  I don’t think I’m all that attractive.

Mendacity and subterfuge, tell me outright and we’re good.

Well I’m not sure that he’s really a person as he’s an angel like me but Sam.  He’s the leader of the faction of angels that is trying to eliminate my sweet Charlie.

That I’ve been unable to save any of the women that have loved me, unfortunately, Sam has always managed to eliminate them.

Men are so very easy going and simple when you get down to it.  It makes my job so much easier since I don’t have to give infinite reasons why something is, they simply accept it.

Do I really need to say it?  Boobs...  Okay, I guess you meant something deeper than physical.  Women are so accepting.  I’ve told many women what I am and it takes them very little time to accept me as non-human.  But seriously, it’s the boobs.

Hamlet.  Shakespeare was a pretty good bloke; even though he was quite the womanizer, but there is no doubt that he could write a character.  I love Hamlet because he’s tormented and everything about his identity is challenged.  I’ve always sympathized with Hamlet.

Robert Downey Jr.  Life has kicked this man and he’s come through it all wiser and better.  Besides who doesn’t love his sense of humor?

I’m not sure that I would change anything about myself, but if I have to pick something then I would change my smile.  It’s a little crooked and I’d like to fix that, but it’s really just aesthetic.

Serve all, but love only one. 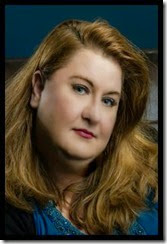 Nicole Delacroix was born in Frankfurt Germany to a German mother and American Military father. Her parents instilled in her a deep love of the written word and a profound respect for literature in all forms. So it's little wonder that from the moment she could first write she knew that writing would always be a part of who she is. From short stories to dabbling in scriptwriting she passes her time with her day job as an IT professional but feverishly writes well into the night. Her passion for literature encompasses many different genres but her heart beats true with fantasy and science fiction. She's fiercely loyal to friends and family and is eagerly awaiting the day when she can move to London England, her childhood dream.