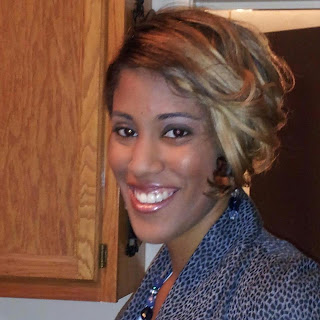 Bio:
Ever since she first read books like Chronicles of Narnia or Goosebumps, Alicia has been a lover of mind-bending fiction. Wherever imagination takes her, she is more than happy to call that place her home. The mother of two and wife to an Army sergeant loves chocolate, coffee, and of course good books. When not writing, you can usually find her with her nose in a book, shopping for shoes and fabulous jewelry, or spending time with her loving family.

Daughter of the Red Dawn
YA Paranormal Fantasy (Appropriate for ages 14 and up)
A twisted tale based on the story of Little Red Riding Hood. First Book in the Lost Kingdom of Fallada series. Contains Paranormal creatures such as Werewolves, Faeries, Shapeshifters, Witches, Sorcerers.
Blurb:
These are dark times in the land of Fallada, and I fear that they will only continue to grow darker. Only the return of those we’ve lost will even the score. It will begin with first line of the prophecy, which foretells of a red sun over the desert sky… --Adrah, Queen of the Fae On the outside, seventeen year-old Selena McKinley is like any other teenage girl. Yet Selena has always felt as if she doesn’t belong and is counting the days to graduation and her freedom from the small town that makes her feel so out of place, when the arrival of a stranger turns her world upside down. Selena will learn just how different she is and the truth of where she comes from. A lost princess, they call her, the catalyst for a war involving a world that Selena was taken from as a child. An evil queen obsessed with her own beauty with a plan to enslave the human race.…the notion seems so silly, yet Selena knows in her heart that it is true. Then there is Titus, the shape shifter whose blue eyes and claims of destiny hold her heart captive. Can Selena find the strength to do what she must while following her heart? 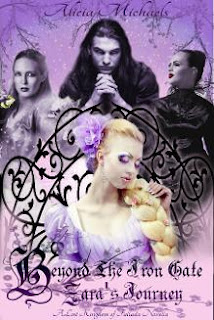 Beyond The Iron Gate
YA Paranormal Fantasy (appropriate for ages 14 and up)
A twisted take on the tale of Rapunzel. A prequel to the Lost Kingdom of Fallada series. Novella length.

Blurb:
In the year 1845, before the mystical land of Fallada was separated from the realm of men forever, the two worlds coexisted in harmony. Man could mingle freely in the world of the Elves and Faeries at will and peace reigned. In the hills of Shropshire, England, just miles from the gate separating the village of Ludlow from the world of mystical creatures, farmer’s daughter Zara Wells longs for answers. It is not only the golden hair that trail feet behind her, or the strange hue of her violet eyes that separates her from the other girls her village. There is something inside of her, something touched by magic that longs to know more about what lies on the other side of the gate. In Fallada, darkness has begun to spread. As the youngest and most beautiful girls of her village begin to disappear, Zara comes closer to discovering the true circumstances surrounding her birth. Little does she know, that the closer she comes to the answers she so desperately desires, the closer she will come to being ensnared in the dark queen’s web of growing treachery. 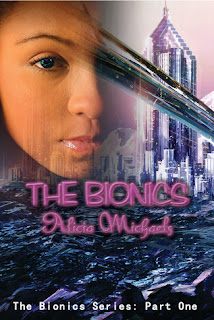 
All I ever wanted was to be a normal girl. I had dreams of joining the ranks of the Military Police and making my family proud. But the nuclear war that laid waste to our country destroyed any hope I had of being normal ever again. They took everything away from me, including my humanity. I am now half-human, half-machine, part of the never-ending freak show that is the Restoration Project.

They hate what they created and they fear us for being powerful.

And so they hunt us, destroying our lives so that they can bury what they built. What they don’t know is this: there is a Resistance out there and The Bionics aren’t going down without a fight
Book Link -
Goodreads 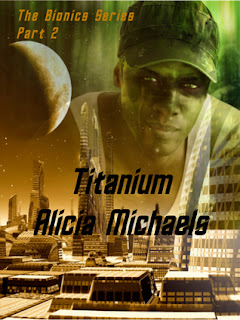 
We stand on the brink of a double rescue mission, a plan so foolhardy that even our bravest men are quaking inside with fear. Storm the capitol, free the prisoners, don’t get killed. It seems like a suicide mission, but not a single one of us has anything to lose.

In my past life, I was a scoundrel; a drug peddling street thug who cared nothing for anyone because I had no one to care for me. The nuclear blasts of 4006 reminded me of the value of life, and a girl with the saddest eyes I’ve ever gazed into gave me someone to care for. Now, as we embark on our most dangerous enterprise, I can only hope that we can make it out alive and that those we have lost can be recovered.

Foolishness … fear … hope … These are the elements that threw our revolution into motion. As the momentum of the Resistance continues to build, we can only pray that hope continues grow larger our fear
Book Link -
Goodreads

Posted by authorkarenswart at 9:53 PM