Today my spotlight author is Christy Sloat - Check her out. 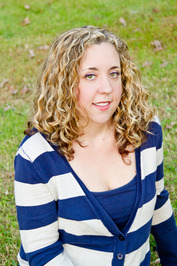 Christy Sloat is a Southern California native who now lives in New Jersey with her husband and two daughters. She believes that reading is a passion and it should be embraced. She is literally obsessed with reading and tries to fit as many books in as possible. She has a very active imagination and she encourages her daughters to find theirs. Christy hopes to inspire them and others to use their creativity for the use of good. When she is not writing, reading or being Mommy, you might be able to find her at a bookstore scouring the shelves.  Look for her recent titles The Many Lives of Avery Snow, Ianni, The Unraveling of Avery Snow and The Brown House. The Past LIves Series: The Many Lives of Avery Snow, Ianni and The Unraveling of Avery SnowGenre: YA Paranormal RomanceAge Range: 15 upThe Visitor's Series: The Brown House, The Crimson Key (releasing May 2013, The White Door (Releasing 2014Genre: Ya ThrillerAge range: 13 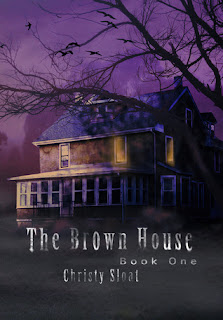 The Brown House (The Visitor's Series, Book One)


Some secrets should never be revealed…
Brylee Branson begrudgingly made the excruciating move with her family from the warm sandy beaches of California to small town living in New Jersey. As if she wasn’t miserable enough, they’ve moved into a creepy old house that everyone in the area claims is haunted. Brylee dismisses the idea of ghosts and hauntings, until she begins to see and hear things that can’t be explained…

Brylee has no choice but to seek the help of new friends to unlock the secrets of this place she now calls home. But some secrets should never be revealed. Can the teens find a way to release the spirits imprisoned within the walls? Or will the curse claim them, too
Book Links -
Barnes and Noble
Indiebound
Amazon
Kobo
Smashwords 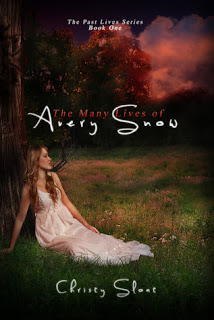 The Many Lives of Avery Snow-

Avery Snow led a boring, no thrills life. After her father left the family when she was young, Avery's mother died when she was only twelve, leaving her all alone except for her Aunt Paulina. Now, at twenty-six, Avery is very used to being lonely. She enjoys her job at Sunrise Estates, it's the one place where she doesn't feel left out. Her boss, Kerri, is her best friend and Lucy O'Shea, a resident at the home, is a good friend to her as well. The night Lucy dies in Avery's arms she delivers a haunting message to Avery. She tells her that there is a man looking for her from a past life. And he will stop at nothing to have her. Now Avery is unable sleep for more than a few hours, her dreams are keeping her awake. She is too terrified to sleep for the dreams are too vivid and too real. The only catch? She cannot remember what they are about. Until her Spirit Guide, Ianni, comes to help. Ianni shows Avery her past lives and tells her about the man who is stalking her soul. Now Avery remembers every life she has ever lived and she remembers the man she shared them with. He will not give up until she falls in love with him. The problem is Avery is in love with someone else. Ianni must help keep Avery from making the wrong choice. One her soul doesn't want. She also must keep her safe from the Dark Guides who are after Avery. Now Avery must make choices she never has before. This once lonely girl is now surrounded by Spirit Guides, psychics, Demonic Angels and two men fighting for her love. Do you believe in reincarnation and a love that can last lifetimes? 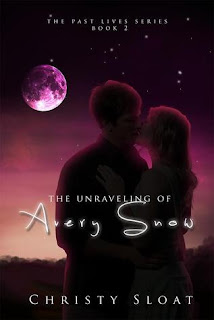 The Unraveling of Avery Snow-

As Avery Snow settles into her life and relationships with those around her, she fights to forget her past lives. All of which she spent with Landon, who still has no recollection of who she really is. It seems better that way. Even though she still feels a draw to his soul, she chooses to ignore it. For now everything is fine. Her boyfriend, Dallas, has opened a new restaurant. Her friends, Ianni and Kerri, are settling into their lives as well. But when news of a new Dark Guide is revealed, Avery is forced to start thinking about the life she truly leads. One that is very abnormal. One she is desperate to forget. This Dark Guide is determined to make Avery pay for the death of someone she held dear. Now Avery's life has gone from seemingly perfect to falling apart. What will be at stake next? Her life? Her love? And who will be there in the end to help her up off the ground? Even the strongest love can unravel. Will Avery be able to hold it all together, or will she just let go? 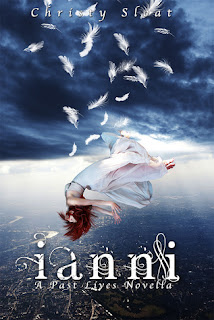 Ianni gave up her angelic existence to save a human soul. Killing the Dark Guides caused her to be banished from Heaven. Now she will be sent to earth to live as a human. But becoming a human is complicated. She must learn their ways and try to let go of her past life as a Spirit Guide. As if that wasn’t hard enough, now she learns there is a new threat to her friends. Will Ianni strive in her new skin or fail miserably? Follow Ianni’s new path in this novella of The Past Lives Series. Don’t miss the first book in this intriguing series The Many Lives of Avery Snow. 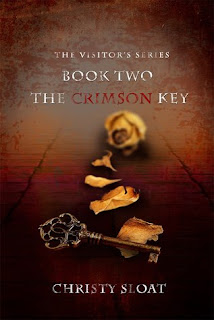 
The truth can be deadly.

Brylee Branson’s best friend and boyfriend have fallen victim to a horrible curse that haunts her home. With the witches who cast it dead she has no choice but to rely on the ghosts inside the Brown house to help her find a cure. But time is not on her side, because Lynley's illness is spreading rapidly.

Confused and scared, seventeen-year-old Brylee must confront a new ghost in the house she has never spoken to before. This spirit is not a Brown relative and makes no promises to help them … unless she can re-unite her with a loved one.

The fate of those she loves now rests on her. Can Brylee put the pieces of this puzzle together in time to save them? Or will the Brown house claim another victim?

The Visitor’s Series continues to scare and entice its readers with this gripping second book.
Book Link -
Goodreads