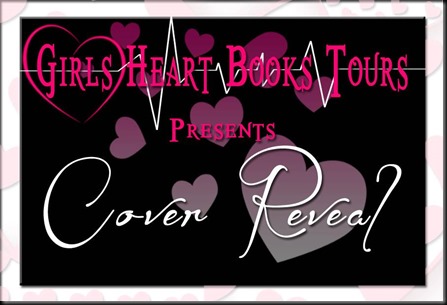 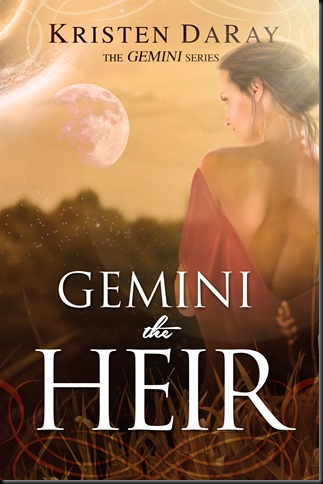 Just a year ago, I thought I was an ordinary human, and I gave up everything on Earth to save the people I loved. I have become the Lenai of Emréiana, making me the heir to the Emréian throne. It also makes me in charge of defeating the Bremoir, a race that has been consuming other worlds. If I can’t stop them, the universe is doomed.
Then there is Aaronmon, my betrothed. We have only known each other for a year, but our bond is strong. It’s that bond that makes it hard to know my true feelings. While I think I am ready for the ceremony, I wonder if I really love him like I loved Kyle, my ex- boyfriend who was murdered.
But none of my feelings matter. In order to rule Emréiana, I must go through with the bonding ceremony. If I don’t, then I risk losing the right as heir and I’ll have no power in the war against the Bremoir. Nobody wants them defeated more than me. 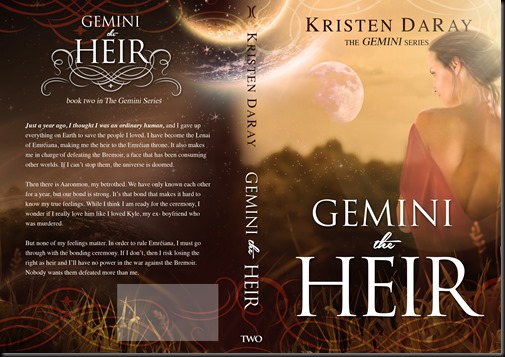 Book Info-
Title- Gemini of Emreiana
Gemini Series Book #1
By Kristen DaRay
Genre: YA Sci-Fi/Fantasy
Blurb-
My entire life has been a lie: My parents didn't die in a car accident. They're not even dead. I'm not American. I'm not even human. I have strange powers, and I'm the heir to the throne of the planet Emreiana.
If I take the crown, I have to leave behind everything I have known here on Earth. I would have to say goodbye to my friends and leave behind Kyle, the boy I've loved since I was five. If I don't, then I risk the Bremoir finding me here on Earth and destroying everything I love.
Links-
Goodreads- http://www.goodreads.com/book/show/17450990-gemini-of-emreiana
Amazon-Paperback- http://www.amazon.com/Gemini-Emreiana-Volume-Kristen-DaRay/dp/1482644665/ref=tmm_pap_title_0
Amazon-Kindle- http://www.amazon.com/dp/B00BLPYZ22
Barnes & Noble- http://www.barnesandnoble.com/w/gemini-of-emreiana-kristen-daray/1114731585?ean=2940016175928
Kobo- http://www.kobobooks.com/ebook/Gemini-of-Emreiana/book-KTMcJjQ5g0mwMy1mfi7eOQ/page1.html 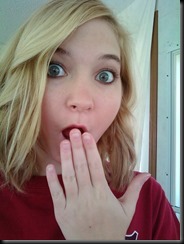 Kristen was born in Alabama in 1991 and still resides there today. She has been writing since the 6th grade. However, she did not begin to write fiction until she was 15. In 2009, Kristen had an idea that would spark the concept for Gemini of Emréiana that she would later write in 2011. During that time, she met her husband. They married in August of 2012. When Kristen is not writing, she spends time watching Korean Drama's or creating SIM's 3 stories. Kristen continues to write the next novels to the Gemini Trilogy. She also plans to release a new series later on in the year.
Links-
Facebook: http://www.facebook.com/kristendaraybooks
Blog: http://www.KristenDaRay.blogspot.com
Goodreads- http://www.goodreads.com/author/show/6967107.Kristen_DaRay
Twitter- https://twitter.com/KristenDaRay
Posted by authorkarenswart at 12:16 PM