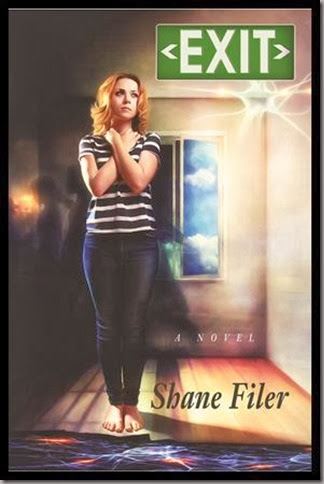 "Did you know I spent the whole of my fifteenth year in my room?"

She’s free, but the year's isolation has left serious personality disorders; disorders which will resurface as she relates her own story, and that of those in her orbit; Melodie, a pretty valley girl who Briar desires to be, Justine, her oldest friend, who has her own dark secret, and Dermot, a man who thinks he's the reincarnation of Robin Hood — stealing from the rich to give to the poor.

Slowly Dermot begins to draw Briar into his ever-so-exciting world, but who is leading whom on their slow descent into crime? Duel periods of Briar’s life intertwine like a rope around her neck as her lost year begins to overtake the present. It leads her to the answer to one very simple question:

“Is it what I always feared — am I losing my mind?”

“Did you know I spent the whole of my fifteenth year in my room?”

I sit in the trashed corner booth of an empty Indianapolis diner sipping Coke through a red and white striped straw and watch the reaction from my two friends.

We’ve been here, Melodie, Justine and I, talking, eating, and drinking for hours and we’re all in advanced stages of serious twenty-something afternoon collapse. It’s reached the time where you run out of trivial, conversational-type things to talk about, so you say something deep and personal instead.

Melodie lifts her head from the table and flicks ash haphazardly from her cigarette in the direction of an overflowing ashtray. “You’re kidding?” she asks.

“No, she isn’t,” Justine says. We’ve been friends since school, and she knows me very well.

Elbows all over the table I cup my palms around my chin and explain. “I suffered from agoraphobia. That’s what my doctors said. It sounds awful, but all it means is that I had an irrational fear of being in places or situations from which escape might be difficult in the event of a panic attack. So I avoided those situations. During my Dark Ages I left my bedroom only to eat and go to the bathroom.

“Basically I was worried about death. Abandonment. My health. My mother’s safety. The house catching fire. Food poisoning. Earthquakes. The environment. That kind of stuff.”

I tell Melodie and Justine all these things, and when I open my mouth the words just flood out, like I’ve been wanting desperately to speak them for so long. They sit and listen, perhaps too tired or too hot and bothered to do anything else. I tell them about the first time it happened... the first time I had a panic attack. When I was thirteen. One Saturday in a mall. I can remember the smell of doughnuts and ice-cream, and ferns. I remember ferns. And the sound of a radio playing that dumb Spandau Ballet song — “True” — boy do I hate that song!

“I was standing around, just hanging out with a bunch of my girlfriends, and this boy from my class, who I had, like, this incredible crush on, came up to me and said “Hi!”

“Those girls pushed me forward. I could hear them giggling behind me, saying ‘Briar’s in love’ and all that junk, and my body froze like a statue. I felt hot and sweaty. My heart was racing. I felt this numbness in my hands and this tightness in my chest like I couldn’t breathe. I had this need to breathe in more air, this need to escape. I just ran out.”

“Shit,” I agree. “My doctor said later that this overwhelming sensation of terror is similar to the fight or flight response inherent in all animals, including humans. No one seems to know what causes panic attacks, but there are a lot of tell-tale signs that I had right from an early age. I always used to cling to my mother’s leg. I was afraid of Santa Claus.”

“I suffered a lot of phobias back then,” I explain further. “I would become possessed by a desire to clean the bathroom. The bathroom and I would literally be covered in Comet cleanser. But then I stopped.”

“Why?” Melodie asks. “Did your cleaning phobia go away?”

“Not exactly. I ran out of Comet.”

Sunlight is pouring in through the diner’s windows and Justine keeps glancing anxiously out there to the street. Am I boring her, I wonder? Anything’s possible — she has heard this one before.

It’s only then that I suddenly notice the sunglasses she wears at a lopsided angle on her face hide a large bruise around her left eye. It’s a horrible purple thing that’s yellowing at the edges like rotten fruit.

Following her gaze, I see her boyfriend climb from his red Chrysler LeBaron convertible. Addison Healy has tanned skin and swept-back dark hair, and I’ve never liked him. He’s far too handsome — one of those people who’ve never known what it’s like to be alone — because there’s always someone new throwing themselves shamelessly at him. Someone who’s never had to appreciate the smallest signs of affection.

Justine scoops up her purse, quickly excuses herself, and rushes out to meet him. Leaving a three-quarter full Coke bottle sitting behind on the table, she’s gone almost before I can register it. She’s gone.

I watch them get into the car. She’s talking. Explaining herself. Addison seems agitated; gesturing wildly and I read his lips: “What fucking time do you call this? I told you to be home at three!”

Eventually he throws up his arms in frustration and drives away. I turn back to Melodie.

“Why does she stay with that asshole?” she asks after a long pause. “He hits her, don’t you know?”

“How do you think she got that bruise on her face?”

“She said she fell against the... Fuck!” I hadn’t noticed... well, come to think of it, I have seen signs, but I’ve never put two and two together. Sometimes I wonder if I am so wrapped up in my own problems that I fail to see the suffering of others around me?

“So what happened with you, Briar?” Melodie asks, toying playfully with the straw in her bottle.

“With me? Oh, after my first panic attack I returned to school and everyone laughed and talked about me, so I stopped going. Slowly I found it harder and harder to leave the house. After a while I gave up entirely.”

“When I did eventually emerge from my room, a week shy of my sixteenth birthday, it wasn’t like a beautiful butterfly emerging triumphantly from her chrysalis, but instead a tired gray moth treading cautiously into the light.”

“My doctor once speculated that my year’s hibernation was due to an irrational fear of growing up, but that’s not right! If I really didn’t want to grow up there are much more reliable methods: sleeping pills, guns, razorblades...”

“My brother. My brother helped me. Helped me help myself, I guess.”

“Is this Jeff — twenty-seven and still living at home?”

And I suddenly remember: Paul’s arriving home today and I said I’d go with Mom to meet him at the airport. As the afternoon dissolved I’ve lost track of time.

“Is he cute?” Melodie asks as we slip from the diner out onto the pavement.

I can only nod yes.

“No! I’ll see you later!” Melodie is super beautiful. When I first saw her, I wanted to see her again. I hardly ever see really beautiful females. I see pretty ones, hot ones, but hardly ever see a woman that just makes me turn my head and think ‘wow she is stunning.’ I think that people who are attractive just want the world to see something other than their looks. They want other aspects of their personality to shine through. I hate boring people. I hate boring guys. I feel like sometimes if I just be really quirky it will compensate for my lack of looks. Of course this never works. 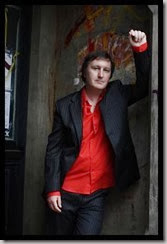 Shane grew up in provincial New Zealand, a small place where options are small, were people wear PJs to the mall, a small place where dreams of being a writer or artist are not only actively discouraged, they are actively quashed. Nevertheless he fell in love with books, comics and writing at a young age and his early influences include Oscar Wilde, Alan Moore and Dr Seuss.

After many years of trying to get books, documentaries and films accepted in his own country, Shane gave up and settled for working in the fairly creative world of video-making and advertising.

A trip to Europe and the USA rekindled his love of writing, and he wrote the American-based novel ‘Exit,’ submitted it this time to American publishers and immediately, received several offers for the work. He chose one and ‘Exit’ will be released December 2nd 2013 in the USA as his first novel from Biblio Publishing.

It is the story of Briar Averill who spent a year trapped in her room, suffering from agophobia. Six years on, she’s free, yet ripples from the year's isolation still lap at the edges of her life, and that of her friends: Melodie, a pretty valley girl who she wishes she could be… Justine, her oldest friend, who has her own dark secret and Dermot who thinks he's the reincarnation of Robin Hood — stealing from the rich to give to the poor. Ripples echo down through the years, leading her to the answer to one very simple question: Is it what she always feared — is she losing her mind?

Shane has since had comic book scripts accepted in the UK by DC Thompson, publisher of the long-running ‘Commando’ comic, fulfilling yet another dream for his child-self.

He lives with a very old and very vocal Tonkinese cat, and they both dream of eloping together to the USA or Europe.

He likes oranges, orange juice, and orange furniture — in fact even the color orange. Why? Well, because it's the best color, of course. While he believes that being a grown up is not all it's cracked up to be, he still enjoys ruining his appetite before dinner, and staying up past his bed time.