Book Blitz and Giveaway: Lady of the Dead, Night World Series Book 1, by Gretchen S. B. 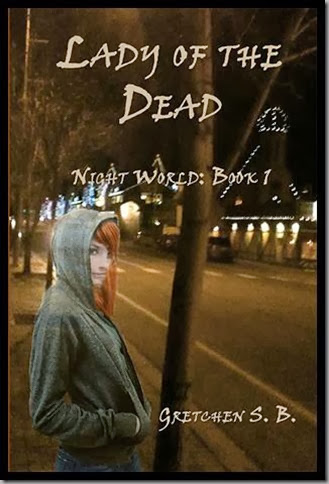 Lady of the Dead

A Lady of the Dead only comes along once in a century. Gwen knows this makes her valuable but she hates the constant supervision of her Warrior guards. Her increasing power has gifted her some independence until rumors of war spook her guards enough to report to the King

Cesar has been King of North America through several wars and rebellions. When one of his generals informs him these new rumors involve the Lady of the Dead he flies to Seattle himself it investigate, posing as his second-in-command. The instant attraction he feels to Gwen becomes increasingly hard to ignore.

Will Cesar be able to protect Gwen while battling his lust? Will Gwen stay with her warrior guards or will Cesar’s dominating nature push her to switch sides? Hidden alliances begin to surface in Lady of the Dead.

“The Night World stole me from reality. No, a better way to put it is that the Night World weaned me from the normalcy of what most people would consider the real world,” Gwen began by way of explanation.

“That’s an interesting and very selective memory of events you have there,” Viking said, raising a blond eyebrow at her. “In fact, that is not how I remember it at all.”

Viking smiled but before he could say anything he was interrupted by Raider, his second-in-command.

“Viking, the boy asked her about her past, let her tell it her own way so we can get on with the game. You know how the new guards become so enamored with our Lady of the Dead. Let the boy get it out of his system.” He laid his cards on the table, folded his arms and nodded at Gwen to continue.

Gwen rolled her eyes. She hated that title and Raider knew it. She had tried desperately over the years to convince the Warriors sent to guard her to call her by her name instead of the title, that really creeped her out. Gwen did not just talk to the dead, but to the entire Spirit World. She wanted to meet who ever had come up with that title and kick him in the balls.

Sighing, Gwen turned to Kegan, one of the new men sent to guard her. The fact that he still used his birth name told Gwen that he was less than two centuries old. When Warriors became older, they tended to make up their own names, like Viking and Raider.

“Anyway, I was seven and once again helped out of the house by my Fairy friends…”

Kegan waved a hand. “Fairy friends? There’s no such thing as Fairies.”

Gwen glared at him until he looked away. Yeah, he was definitely young. Older Warriors would not give in that easily. Gwen looked at Raider.

“What is it with you men and interrupting?”

Raider grinned at her. She had known him since she was seventeen, ten years now. Gwen had harbored a minor crush on him when they first met, but had found out what he was in his first life and the feelings had faded. A first life is what Warriors called their first century; everything after that is considered their second life. Raider’s first life consisted of raiding tombs in the 1700s. The young Gwen had been crushed that the gorgeous man before her was not only far too old for her, but a professional thief as well.

Raider kept his light brown hair a little shaggy and his sharp jaw clean-shaven. His broad nose showed signs of a bad break. The break must have occurred very young because at thirty a Warrior’s body became too strong for scarring like that.

When Raider did not respond to her, Gwen continued. “A small child is not going to understand that a being from the Spirit World is not a Fairy. My Fairy friends and I went to play down by Green River; they knew the paths to take to get all the way down to the bank. I was playing in the water when some of the Fairies picked me up and started dunking me.” Gwen did not like the next part. She still had nightmares. “At first it was fun, but then I was under too long and I needed air. The Fairies would not let me up to breathe. They were trying to drown me.”

She knew her voice was emotionless. Though it had been the first traumatic experience in her life, it was not the last. The attacks only grew worse as she aged. When Viking’s hand slid onto her left arm, Gwen knew he was thinking of those later attacks as well. His one little gesture calmed her down. She was safe now. Viking always made feel her safe, even when the odds were against them.

Shaking her head to clear it, Gwen continued her story. “Suddenly I was up in the air and huddling against this huge chest. He was yelling at the Fairies, speaking in a language I didn’t know. Nevertheless, I knew he was there to help me. I could feel that he was a good guy. He made the Fairies leave and has protected me ever since.”

4 Free eCopies of  Lady of the Dead by Gretchen S. B. 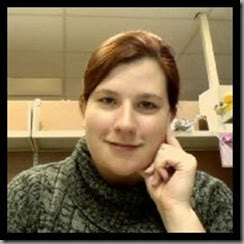 Gretchen happily lives in Seattle, Washington where she spends her time creating new characters and situations to put them in. She also enjoys cheering on her local sports teams, even though it sometimes seems they are allergic to winning.

She has loved reading and telling stories as far back as she, or anyone else, can remember. Currently, she loves to read the same genres she writes. She also loves exploring her home state. At the end of her adventures she unwinds by curling up on the couch, knitting while catching up TV shows.