Book Blitz and Giveaway: Of Dreams and Shadow by DS McKnight 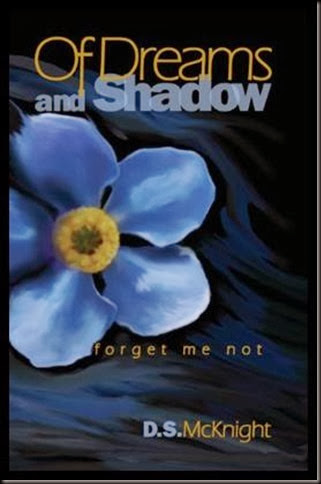 Of Dreams and Shadow
Forget Me Not

We live. We die. Is there anything more?

Jenna Barton is about to find out. After moving to the coastal North Carolina town of Parson's Cove, Jenna has unwittingly stepped into the middle of a mystery involving a missing child. Unfortunately, the predator is still on the loose and Jenna has become his new obsession.

With a little luck and a bit of paranormal help, Jenna might survive.

The day was almost over and not a moment too soon. A brisk wind moved through the treetops as Jenna strolled to the large stone at the back of her yard. Sitting down, she leaned against the boulder and closed her eyes. The oyster roast would have been nice, if not for Chase. It seemed as though the shadow of his disapproval loomed over her entire day. Not for the first time, she wished she could go back home. Charlotte was familiar and safe. She didn’t have to worry about why an angry neighbor didn’t like her.

Jenna looked back at her house. Her mom was inside going over reports. It wasn’t like she could talk to her about Chase anyway. Karen was one of those people who took the bull by the horns. She would be knocking on the Williams’ door wanting to talk about “the problem” between their children.

Chase. She didn’t understand him and wasn’t sure she wanted to. But time and again, she found herself thinking about him, wondering why they didn’t get along. She tried to put him out of her mind but he was always there – at school, with her friends, even at home. Part of her wished she had never met him, but the other part of her was intrigued. She would never admit tin, not to anyone, but she found herself comparing Chase to Ethan. Ethan, with his dark hair and blue eyes made her laugh. Chase, whose light brown hair looked as though it had been kissed by the sun, more often than not made her want to cry.

The sun had set in the western sky and as the shadows of the eventide crept close, bringing with it the frosty night air, Jenna’s solitary vigil came to an end. It was as though her thoughts had conjured him.

“Got it, Mom,” Chase called as he walked out the back door carrying a garbage bag. He rounded the corner of the house and dropped the bag into the trash can. Jenna debated on whether to run to her house or to stay hidden in the darkness. Instead, she forced herself to walk. She refused to act as though she had done something wrong.

Chase whirled around. “What are you doing out here?”

“Nothing illegal.” Jenna shrugged. “Forget I said anything.”

“Wait.” Chase walked to the fence that separated their yards. “That didn’t come out right. I just meant to say you should be careful.”

“Right – because we know how rampant crime is in Parson’s Cove.” Jenna rolled her eyes. “Tell you what, why don’t you come up with a schedule of when I can be outside and then you won’t have to see me.”

“How about this, why don’t you go back to Charlotte? That should take care of the problem,” Chase snarled.

“You’re a real jerk.” Jenna walked the last few steps to her house, refusing to give into the urge to scream. She had to admit it. Chase was right. Moving back to Charlotte would take care of the problem. She’d never have to see his face again. 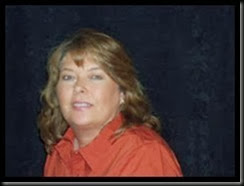 When I was a little girl, I was afraid of my shadow - seriously afraid - running and screaming afraid. Perhaps I've always been a victim of an over-active imagination and maybe that explains the monsters hiding under my bed, the ghosts lurking in my closet, and the Shadow that inspired my first novel – Of Dreams and Shadow: Forget Me Not. I have always loved to write. While in school, I dreamed of being a reporter, parachuting into war-torn places and getting "the story." In reality I’m afraid of heights and would never jump out of a perfectly good flying machine. I have been fortunate enough to have had a varied career - from working as a DJ for a small radio station to serving as the president and part owner of a marina. I am married, have three sons and live in coastal North Carolina.