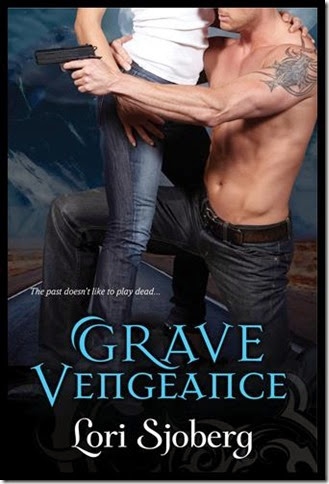 Handsome and haunted, he’s a reaper who prefers to work alone. But Fate has other plans for him and the sassy secret agent who shot him in another life—if their pasts don’t catch up with them first.

Dmitri Stavitsky has never played well with others—a Soviet KGB spy in life turned reaper after death, his work of bringing souls to the other side is best done alone. But orders from the top soon place him alongside fellow reaper Gwen Peterson, the American counterintelligence agent who took his life so many years ago. Now, as a ghost from Gwen’s past resurfaces with the power to steal reapers’ souls, the two have no choice but to set aside their differences and apprehend the rogue together. But their cross-country mission soon ignites feelings Dmitri thought he was no longer capable of—for the woman who helped destroy him.

With an ancient force and a small army against them, he’ll have to let go of old grudges or risk his future with Gwen…as Fate hangs dangerously in the balance.

Some men were nice to look at. Others, you couldn’t look away from. And then there was Dmitri Stavitsky.

He was taller than her, around six foot four, and had the powerful build of a gymnast. The shirt he wore did nothing to conceal his thick, corded arms or the broad expanse of his chest. His thighs strained against the confines of his jeans. He carried himself with an air of confidence that most men found intimidating and most women found irresistible. And even though Gwen despised him as much as he despised her, she had to admit he wore it well.

Gwen could feel his eyes moving over her while she drove, and she resisted the urge to squirm in her seat. “What?”

The passing streetlights played over the planes of his face. He hadn’t shaved in a day or two, and his jaw was shadowed with stubble. It made him look almost as dangerous as he was.

Back in the day, he’d been one of the KGB’s top agents. For nearly a decade, he worked within the borders of the United States, stealing some of the country’s most valuable secrets. What he couldn’t steal he usually destroyed with calculated and ruthless efficiency. He killed defectors before they could spill their secrets as well as killing anyone else deemed an enemy of the Soviet Union. The full extent of his treachery was never determined; he’d taken those secrets to the grave.

“You cut your hair.” During the Cold War, he spoke with a flawless American accent to mask his true identity. The habit died when the Iron Curtain fell, and now his rich, deep voice contained a blend of both Russian and American, with the former growing more pronounced whenever he got pissed off.

“So nice of you to notice.”

One corner of his mouth twitched. “It makes you look like a boy.”

Bastard. Her grip tightened around the steering wheel. “Like I give a damn what you think.”

He laughed under his breath. “I think you do.” The smirk on his face vanished when she ground the gears. Careful! It took me two days to rebuild the transmission.

“Sorry.” Not really. She totally meant to do that. “Third’s a little sticky.” She held back a smile as she hooked a right onto Alafaya Boulevard.

Dmitri raked his hands through his short, dark hair. He was a few weeks past the time for a cut, and the ends curled around the nape of his neck. “Why are you here, Gwen?” Her name sounded like poison on his tongue.

Good question. Her current base of operations was on the opposite side of the country, along the American side of the border with Mexico. Samuel had been vague on the details when he contacted her late last night with orders to fly to Orlando for a special assignment. She hated the idea of working with Dmitri, but knew better than to refuse an order. After all, the Big Kahuna wasn’t known for his gentle demeanor. The quicker they got the job finished, the quicker they could return to their normal routines and forget the other existed.

“Samuel sent me,” she replied with a shrug, knowing he’d understand the way the boss operated.

He nodded, his expression grim. “And why did you steal my car?”

“Because I could.” And because she knew it would piss him off. It was the way things had always worked between them. They’d lost their humanity and become reapers together, and had been at each other’s throats ever since. Two Cold War relics, passing through the modern age. “You really need to install a better anti-theft system. Anybody with a screwdriver can hot-wire this thing in less than five minutes.” She’d done it in three.

She could have sworn he growled.

An uneasy silence fell between them. She darted a quick glance in his direction and saw the unwashed hostility darkening the blues of his eyes. The muscles along his jaw clenched and unclenched, his full lips pressed into a thin white line.

The light ahead switched from green to yellow. After checking for cops, she punched the gas to make it through the intersection before the yellow turned to red. “You know, I’m not happy about this either. The sooner we do whatever Samuel wants, the sooner we can go our separate ways.”

With a huff of annoyance, Dmitri rolled down the passenger side window and propped his arm on the sill. “Doesn’t mean I have to like it.”

For once, they were in perfect agreement.

The title of my latest book is GRAVE VENGEANCE. Two reapers, bitter enemies, must work together to stop a common enemy…and maybe fall in love.

I have to admit I’m a pokey writer. Normally, I complete about one book a year, but for 2015 I’m focusing my efforts on considerably condensing that time frame.

I just completed the fourth book in the Grave series, and plan to continue writing in the paranormal romance genre. I also have a contemporary romance series in the works which will hopefully release later this year.

Dmitri, the hero of GRAVE VENGEANCE, has been the most fun to write. He’s the kind of guy who doesn’t play well with others – a Soviet KGB agent in life turned reaper after death. He’s tough, ruthless, pragmatic, and has enough baggage to fill an aircraft carrier. But beneath the hard-as-nails exterior is a passionate man whose heart has been battered by the worst kind of betrayal. And it’s going to take a special kind of woman to show him how to love again.

I try not to, but I’m weak-willed so I usually end up peeking every now and again.

Usually, the title comes to me as I’m writing each book.

I enjoy all three formats, but I have to admit that I prefer the feel of a paperback book in my hands. There’s just something about the texture and smell of paper books that I love, not to mention I enjoy unplugging from all things electronic when I’m trying to relax after a long day.

Just one? You’re killing me here. If I had to pick one, I’d go with Outlander by Diana Gabaldon. I’ve read it so many times I’ve lost count, and I own four copies: a signed, first edition hardcover, a paperback copy of the UK edition (Cross Stitch), a signed paperback, and another paperback that I loan out to anyone interested in the series. It’s an addictive mix of strong writing, creative world building, a smart, capable heroine and a hero who’s too wonderful for words, action, adventure, humor, intrigue, Scottish history, and time travel.

Some books transfer well to movies. Others, not so much. I think it depends on the casting and director chosen for each project. I’ve absolutely loved the Starz adaptation of Outlander, and I enjoyed the Lord of the Rings trilogy. But I’m not a big fan of the Hobbit movies, and The Queen Of The Damned had to be one of the worst adaptations I’ve ever watched.

Peanut butter and marshmallow fluff sandwiches. It’s a meal and a snack, all in one!

Oh lord, I think this changes on a weekly basis. Right now, I’ll go with Godsmack. 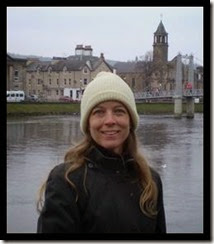 Growing up the youngest of three girls, Lori never had control of the remote. (Not that she's bitter about that. Really. Okay, maybe a little, but it's not like she's scarred for life or anything.) That meant a steady diet of science fiction and fantasy. Star Trek, Star Wars, Twilight Zone, Outer Limits - you name it, she watched it. It fed her imagination, and that came in handy when the hormones kicked in and she needed a creative excuse for being out past curfew.

After completing her first novel, she joined the Romance Writers of America and Central Florida Romance Writers. Now she exercises the analytical half of her brain at her day job, and the creative half writing sensual paranormal romance. Grim reapers are her specialty, but she loves to write about all creatures of the night.