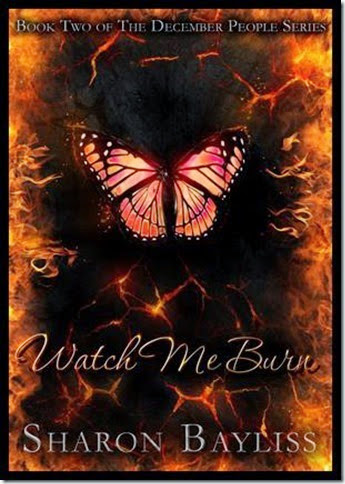 David Vandergraff lost his home, his job, and contact with his oldest son, but remains determined to be a good husband and father despite being a dark winter wizard.

His resolve is tested when a flyer for a missing girl--who happens to be a summer witch--begins to haunt him. David believes a spell needs to use him to save her, so he follows the magic's command and looks into her disappearance. His teenage daughter Emmy resents him for caring so much about a random stranger. But when she uncovers some disturbing evidence close to home, she begins an investigation of her own.

David and Emmy quickly learn that the mystery is not only about a missing girl they barely know, but a deeply personal story that impacts everyone they care about. As their world crumbles, they fear the warning may be true—never mess with summer wizards, because the good guys always win.

David Vandergraff could smell magic in the air, as clearly as he could smell the motor oil and burned coffee. When the news report began, the volume on the television became much louder, and the screen glowed as if demons would claw their way out at any minute. However, none of the other patrons in the waiting room of the mechanic's shop noticed anything different. They continued staring at their phones, looking pale and sick in the fluorescent light and excessive air conditioning. Before David had known he was a wizard, he dismissed such oddities as "just one of those things you can't explain". But now, he knew better.

The image of the missing girl on the screen shined so intensely, he could see her outline burned into the blackness behind his eyelids when he blinked. The girl posed in her volleyball uniform, displaying a radiant white-toothed smile. She looked about fourteen or fifteen. She had blonde hair and golden skin and a strange radiating quality, as if the pixels in the television gave her an extra glow.

David shook his head. Since he had learned he was a wizard, anytime he noticed anything strange, from bad weather to a headache, he feared magic was involved. His daughter Emmy was blonde, around the girl's same age, and played volleyball. So, the missing girl reminded him of Emmy—and of course, that would upset him. Besides, his heart always raced when he saw a missing child. Two of his own children had been missing for a long time. And even though they were now safe at home, he didn't think the fear and grief would ever leave him.

He tried to turn his attention back to scanning job listings on his tablet, but he couldn't focus his eyes on anything except the television report and all the other sounds turned into a whirring buzz.

Always! I wrote my first book when I was fifteen.

Well, considering I started at fifteen and wasn’t published until thirty…fifteen years? I admit I wasn’t actively trying to get published that whole time. J

Yes, I am a tobacco cessation counselor. My Masters Degree is in social work.

The Charge took about two years. Destruction took one. Watch Me Burn took about 6 months. So, I’m getting faster. I doubt I could ever write a book in less than 6 months.

Two more books in The December People Series. Then I have another contemporary fantasy/ family drama in the works.

I love seeing magic intersect with my own real world.

Not really. I’m balancing two small children and another job, so I just write anywhere, anytime I can. I’m not picky.

For the most part yes. I’m happy to say that Destruction currently has 99 reviews! So, that’s a lot of reading, but I at least skim them all.

Those two things usually happen simultaneously. I let the book’s theme drive the title, but I also let the title drive the theme.

It’s usually simultaneous. My characters come to life in one piece. However, sometimes I find myself naming a character after I create them. Never the other way around though.

I think of my characters are real living, breathing people. They existed as whole people before the book started and change and grow as the book goes along.

I don’t know if there is a “moral of the story,” but there are significant themes, such as the power of love and family, hope in the face of adversity, and overcoming stereotypes.

I admit, I’m an ebook girl. I’m an anti-hoarder or a “chunker” as I like to call myself. I hate having lots of extra stuff. An invisible book is perfect for me.

Sharon Bayliss is the author of The December People Series and The Charge. When 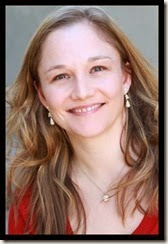 she’s not writing, she enjoys living happily-ever-after with her husband and two young sons. She can be found eating Tex-Mex on patios, wearing flip-flops, and playing in the mud (which she calls gardening). She only practices magic in emergencies.