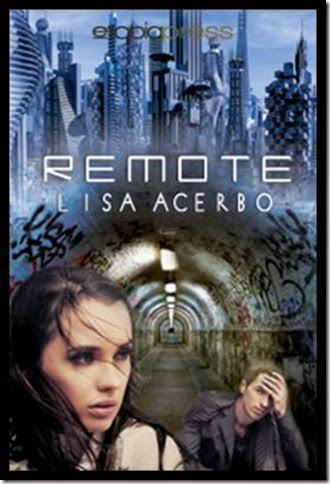 When technology fulfills every dream, reality becomes a nightmare.

Below the streets of New State, the undergrounders fight to remain free of the technological control of the world above. Every night, Yara risks her life fighting New State’s deadliest weapons, the drones. Half human and half machine, their living half tortured until everything human is gone, the drones have only one objective. Kill. And they do it with exacting precision.

Yara is good at her job and committed to her raids on New State. Until one of those raids brings her face-to-face with Joshua, a New State citizen who doesn’t quite fit her preconceived expectations. After a couple of awkward encounters, he shows her the meaning of hooking up—a computer simulation that allows people to live out their fantasies—without the complication of emotional entanglements or physical reality. But what Yara feels for Joshua is very real. And it’s punishable by law.

As she and Joshua grow closer, she convinces him to leave New State for her underground cause. But as the unrest between New State and the underground escalates, and the drones move in to destroy her world, nothing goes as planned. Families are arrested, loyalties are strained, and Yara’s forced to choose between her people and her feelings. The wrong choice could mean the end of her people, and reality could slip away—forever...

Yara’s heart hammered, and adrenaline coursed through her limbs. She turned to run.

“Wait,” the stranger whispered. “I won’t turn you in. I’m out here too.” He obviously didn’t realize that Yara was a rebel. He might not know it yet, but he would soon. Still, he didn’t sound dangerous. Maybe Yara could take care of him. She had never had to kill anyone totally human, but she had trained to do so. At this point, she didn’t think she would need to. The skinny boy didn’t look like a real threat, either.

She turned back toward him and attempted what she hoped was a look of death and destruction.

Instead of being scared, he smiled at her and brushed the hair out of his eyes. Even in the shadowy street, Yara could see the color was a beautiful emerald green. She had a hard time looking away, until his voice jarred her back to reality.

“I could ask you the same thing.”

“Enjoying the night sky,” he replied, each word clipped and succinct. Unable to make prolonged eye contact, he looked toward the stars.

“Aren’t you supposed to be hooked up to an alternate universe, enjoying battle, boobs, or whatever perverted fantasy you want to conquer tonight?” Yara asked, and then instantly regretted her words.

“Hey, it’s not like that. You know how it is.” For the first time, his voice took on a more humanistic quality. He sounded peeved.

She grunted in response. She didn’t know anything of the sort.

Joshua15111 looked at her briefly, quizzically. “Wait, do you know that? Are you one of them? The rebels?”

“Are you for real? Everyone knows about the rebels. You must be one. Are you a rebel? That’s so cool.”

Me and my big mouth. Fear finally overtook her. Vague ideas about running away from or fighting the stranger flitted by, but Yara’s feet felt like concrete blocks. She wasn’t even sure she’d be able to form a coherent sentence if he asked her something about the underground.

I have always loved both reading and writing. I still remember getting a good grade on a fiction short story assignment in high school and being so overjoyed that the teacher liked it. When I took creative writing in college, my professor wasn’t nearly as nurturing.  It has always been an enjoyable pastime and part of my life.  Most days, writing is relaxing and therapeutic.  On rare occasions, it’s a challenge to add any words to paper, but I still enjoy it more than most other activities.

Before turning to fiction, my articles appeared in the Connecticut Post, Trumbull Patch and Hollywood Scriptwriter, but I don’t think I truly felt like a writer until I published my first novel Apocalipstick in 2013. I still question that idea daily, especially when procrastination hits and weeks go by without any writing.

I majored in English during college, thinking that I wanted to become a journalist, but instead became an English teacher. Even though I teach full time at the high school and college level, I continue to write, mostly in the summer. Before turning to fiction, my articles appeared in the local newspapers and online magazines.  I hope that my love of reading and writing can help others to enjoy it.

My new book is Remote: When technology fulfills every dream, reality becomes a nightmare.

It is a 71,000 word sci fi novel geared for young adult and college-aged audiences. Yara, the main character, lives as an undergrounder and specializes in nighttime raids against the New State, where people are often more machine than human. Then she meets Joshua, a New State citizen, who doesn’t quite fit her preconceived expectations. As they become closer, Yara realizes how insidious the hold of New State is on the citizens and how few freedoms they have, all replaced by technological illusions. With the help of her father, an underground leader, Yara and Josh join in the rebellion and the plan to take down New State, but nothing goes as expected.  The challenges Yara faces throughout the book test her loyalties and ultimately challenge her understanding of humanity.

My publisher is Etopia Press.  I loved working with them and my editor was so helpful in refining the draft and making it into a publishable piece of writing. Remote came out on November 21, 2014. It can also be downloaded at Etopia Press, Amazon, and Barnes and Noble for Kindle and Nook.

Remote, my science fiction novel, took three months to write while my other books took much longer.  Apocalipstick, my first book, took close to two years and the sequel took nearly a year.  In Remote the main characters, Yara and Joshua, came to life quickly.  I knew their quirks and characteristics from the start.  The storyline was also well formulated from the moment I began writing.  I like writing science fiction because it seems to click with my brain.  With other books, it’s often a struggle and I am figuring everything out as I write.

The follow-up to Apocalipstick is with the publisher and I am trying my hand at a mystery novel based on an old historic figure in Connecticut know as The Old Leatherman.

The title is the last thing I think about.  I have a friend, also an author, who told me I had to have the title before stating the project, but that never worked for me and stressed me out.  Instead, I wait until the book is done and then think about the symbols and themes that evolved.  The title of my first book Apocalipstick came from my daughter and so did Remote.  For Apocalipstick, I was telling her about a scene in the book where the main character, Jenna, puts on her mother’s lipstick for the first time after the zombie apocalypse.  She is finally out of harm's way and has the luxury of remembering the past and looking forward to a possible future.  My daughter joked, you should call the book Apocalipstick and the title stuck.

As a teacher, I hear many different names when taking attendance over the years, and I often use student names in my novels.  Even though I use the names of students and friends, the characters are my own and they are 100 percent fiction.  Each character has a host of traits and characteristics that belong only to the fictional persona.

Characters form in my head before I start writing the book.  The main character of Remote, Yara, was well-defined before I began chapter 1.  During revisions with my editor, I had the chance to go back and think about her in more depth and I developed Yara’s motivations and relationships further.  The same happened with Josh, another of the main characters.  During revisions, I was able to add more of his perspective into the book.

After reading “The Pedestrian” by Ray Bradbury with my high school Science Fiction class, I began to think about the consequences of technology in our lives. I love science fiction and hoped Remote would open a discussion on the topic of overuse of technology today.  Many of my high school students are glued to their cell phones and other devices in and out of class.  While the students acknowledge that this isn’t good, they no longer know how to function without a phone in hand.

While I appreciate the ease of access that eBooks offer, I am personally a fan of paperbacks. There is something about flipping through pages and seeing your progression through a book that cannot be replaced.

I think books can transfer to movies well when the producers and directors stay close to the story line. My favorite movie transfer The Last Man on Earth with Vincent Price which was modeled after I am Legend. I enjoyed this adaptation because it really highlighted what it was like to be alone and faced with an impossible situation. My least favorite transfer was the Divergent movie. It lost many of the elements that I enjoyed about the book.  Some of the relationships between the characters and plot points were underdeveloped.

Pizza.  Give me carb, any carbs.

Green.  It represents nature, and there is nothing I like more than hiking, horseback riding, and biking. I am surrounded by my favorite color when in nature.  My only problem is I hate the cold and hibernate during the winter.

I adore Stephen King and have read On Writing by King many times.  During the summer, I completed Joyland and  Doctor Sleep.  King is such an amazing storyteller and his characters are written flawlessly.  I hope if I continue to practice, one day I will possess a modicum of his talent. Another of my favorites is Ray Bradbury.  He was my introduction to science fiction. Additional writers who have influenced my life include William Golding, author of Lord of the Flies, George Orwell, and J.D. Salinger. 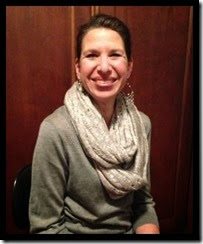 Lisa Acerbo is a high school teacher and holds an EdD in Educational Leadership. She lives in Connecticut with her husband, daughters, three cats, and horse. She is the author of Apocalipstick and has contributed to local newspapers, news and travel blogs including The Patch and Hollywood Scriptwriter.

Posted by authorkarenswart at 9:28 AM