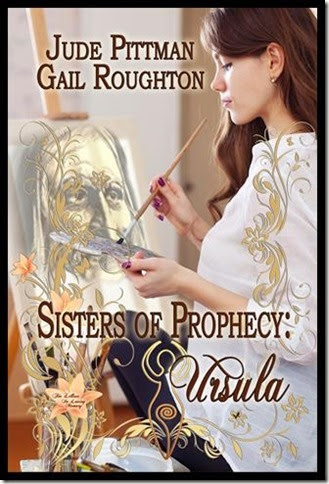 What’s a girl to do? Katherine Shipton has a painting that talks, an ancestor who won’t stay in her own century, and a former boyfriend with a serious ax to grind against her new fiancé. She already has a full plate, but when said ancestor sends her tripping back and forth between the 15th and 21st century without benefit of psychedelic drugs, the poor girl begins to doubt her own sanity.

Then her best friend, a high fashion model with more than her own share of psychic energy, and her troubleshooting aunt show up on her doorstep in response to a psychic SOS Katherine swears she didn’t send. Life couldn't get more complicated.

At least, that's what she thinks until her oilman fiancé disappears in the Gulf of Mexico and a DEA agent knocks on her door.

Available at Books We Love and Amazon

Katherine flitted restlessly over Ursula’s body. What was going on in that unconscious brain? Something was. She could feel it, feel a subliminal hum, like voices through phone wires, like electricity through power lines. Not that any such things would exist for four hundred or so years.

“Who are you talking to, Ursula? Sylvia, hurry!”

No answer. Not directly. Only the echo of Mother Shipton’s words.

The crossroad! Was this it? The crossroad? Katherine concentrated and power hurled across the years, out of the past and into the future.

“Grandmother! Can you hear me? This is it, isn’t it? The place in time where destiny can change. But what do I do? What can I do?”

“You know what to do. Like calls to like and blood to blood. Show her! Show her where following her heart will lead her, the treasures she’ll reap! And show her what mindless obedience to the king will bring her!”

“I do, child. And the visions of those two paths will flow from me to thee to her.”

“How the hell do you know? And if you do know, why not just show her yourself?”

“Would you please stop talking in those damn riddles of yours and just tell me what to do?”

“Child! The names! Remember the names!”

“I still don’t understand! If she’s you—if you’re her—why can’t you just show her yourself?”

“I do! Through you! At this moment! Because you exist, I exist. Because I exist, you exist. If this moment passes, that chance is lost and I become that woman in the Tower, the one you saw in your dream. The one who’ll never live to be an old woman!”

Jude Pittman emigrated from Canada to the United States with her mom and brother when she was 14. Her time there 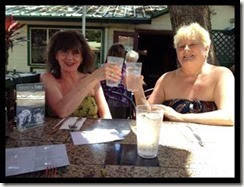 included 12 years in Texas where the genus for her first murder mystery, “Shadows Are Deadly” now part of Jude’s “Murder on My Mind” trilogy first took root. In 1992 Jude returned to British Columbia where she met her husband John. The couple moved to Calgary, Alberta where they continue to live. Descended from the Shipton line, Jude has always been fascinated with the historical and legendary stories about her late and often maligned ancestor, Mother Shipton and her gifts of prophecy. The Sisters of Prophecy series is a fictional account of those Shipton sons and daughters who inherited Mother Shipton’s gifts.

Gail Roughton is a native of small town Georgia whose Deep South heritage features prominently in much of her work. She’s worked in a law office for close to forty years, during which time she’s raised three children and quite a few attorneys. She’s kept herself more or less sane by writing novels and tossing the completed manuscripts into her closet. A cross-genre writer, she’s produced works ranging from humor to romance to thriller to horror, sometimes in the same book. She’s never quite sure herself what to expect when she sits down at the keyboard. Now multi-published by Books We Love, Ltd., her credits include the War-N-Wit, Inc. series, The Color of Seven, Vanished, and Country Justice. Currently, she’s working on Black Turkey Walk, the second in the Country Justice series, as well as the Sisters of Prophecy series, co-written with Jude Pittman.