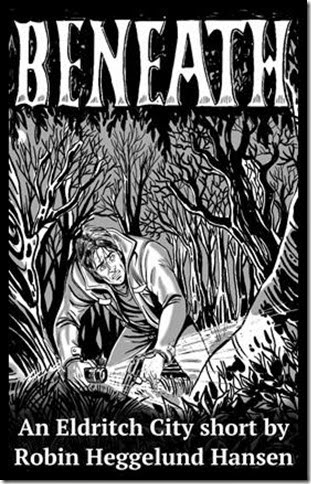 Nine years have passed since the tragic and mysterious deaths of Mr. Phillips and his daughter. A new clue surfaces, one which the lead investigator will follow to the brink of insanity.

To whoever reads this: I feel that I must apologize if what you find on these pieces of paper appears to be nothing more than a collection of near-indecipherable words. I can assure you that I have tried everything I can think of, and yet I cannot keep my hands from trembling. This, however, is only a symptom of my much greater problems.

I cannot eat, or sleep, or even close my eyes for longer than the briefest of moments. I feel as if I’m about to lose my mind, but I’m clear enough to realize that I have to get this story off my chest, before it consumes whatever sanity I have left. Unfortunately, the only recipient I can trust with a story as bizarre and horrible as this are the same pieces of paper upon which these words are written.

For officers of the Eldritch City Police Department, no two days are alike. Even with this in mind, yesterday morning would still single itself out as peculiar. As I entered the precinct to begin my shift, I met a man who I realized was from out of town. It was clear that he was uncomfortable since he was constantly scratching his arm and shifting his gaze. It was as if he was trying to view the entire room at once.

There are many things that can be said of Eldritch City, but the one thing people always remember is the air. It’s not that it has a particular smell, but it has a way of sticking to your skin, like wet clothes on a rainy day. Us locals usually say that it is due to the humidity that comes with being in a warm coastal city, but humid air does not leave you with a feeling of being watched, or that something terrible is about to happen. Given time, one learns to hide this discomfort. People from out of town, however, usually haven’t learnt the knack.

The man introduced himself as Deputy Swanson of the Heartbrook Sheriff’s office. Upon learning my name, he raised his eyebrows in surprise. “It would seem I am in luck,” he said. “It is in fact you that I have come here to see.”

Before continuing the conversation, I invited Swanson back to my desk — I have yet to earn my own office — and offered him a choice of coffee or tea, of which he chose the latter. When we were both sitting comfortably, I asked what had brought him all the way here from Heartbrook. To this he responded by handing me a newspaper article, dating back nine years. The article was an interview with a younger me regarding a murder case out by Mirkwood. I knew the article well, not just because I was the subject of the interview, but also because the case in question had been troubling me ever since I had been assigned to it.

Nine years earlier, for their summer-break, the Phillips family had gone out to their newly built cabin in Mirkwood, on the outskirts of the city. Only a day into their vacation, Mr. Phillips and his daughter, Julia, were brutally murdered. Their bodies had been mutilated to the point of being barely recognizable — large portions of flesh were missing. It was almost as if something had fed on them. The coroner couldn’t rule out an animal attack, but thought it unlikely since the wounds were inconsistent with the bite of any species known to be living in Mirkwood.

FROM THE RECORDS OF ST. CHARLES SANATORIUM, ELDRITCH CITY

The following interview was conducted by Dr. Liam Reese, and recorded by Julia Simmons.

We have been asked to perform a preliminary analysis of Howard Phillips, a young boy who the police believes witnessed the murder of his father and sister. To make matters worse, it’s the boy’s mother who is the primary focus of the investigation.

At the time of this interview, Howard has been staying with his aunt in Heartbrook for about a week. This is the same amount of time that has passed since the murders. Feeling it important not to make the child wait, Dr. Reese has been waiting for Howard a few minutes before the appointment.

Our patient arrives on time, and is invited to sit at the table we have prepared. Dr. Reese takes a seat next to him, trying to avoid the image of confrontational.

«Good morning Howard. My name is Liam, I’m a doctor here at St. Charles. Can I bring you anything? A glass of water maybe?»

«Can my aunt come in here?»

«Soon. I just want to talk to you a little bit first. But listen, if you don’t want to talk, at any point, you let me know and you can go home, ok?»

«Help me with what?»

«Well, your aunt told me you had trouble sleeping. I might be able to help with that.»

There is a pause as Howard thinks this through.

«That depends,» relies Dr. Reese. «Why do you think you can’t sleep.»

«Are you sure? It isn’t because of the images you get when you close your eyes?»

The boy’s facial expression changes quickly. On his face is a look of brewing panic.

«What have you done?» She demands.

«Make it go away, please, make it go away.» The boy clenches his arms around his aunts neck, who has now bent down to hold him in a comforting embrace. Howard tries desperately to get his feet of the ground.

«It came for them. It took them. It… ate them. From beneath. It came from beneath»

Here ends the first interview with Howard Phillips, hereafter known as patient #2875. Dr. Reese believes the child has developed an alternate reality to overshadow the hard truth. Making the child remember what truly happened could take years, if the boy will remember at all. 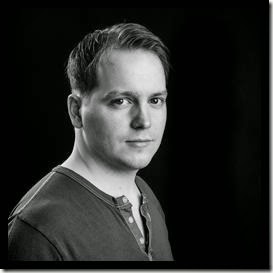 Robin was born on a cold winter night in Oslo, Norway, 1989. Growing up, he was always fond of telling stories, leading people to wonder when, not if, he would move on to writing stories of his own. Inspired by the works of H.P. Lovecraft, he wrote his first short story, 'Beneath', in 2015.