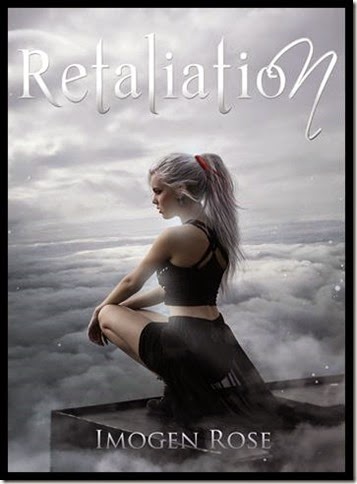 Ever since Bloody Fall, humans have lived in fear.

Even though the apparently senseless human massacres have ended, President Elizabeth Ryan's administration has been under a cloud of disapproval for failing to bring the terrorists to justice.

She braces herself as a new spate of carnage is unleashed.

Cordelia and Faustine are recruited back into action as the supernatural agencies go on high alert. Has their nemesis re-emerged?

I kneeled down for a better look. Whatever it was, it was clearly alive, and it shirked away, obviously frightened out of its wits. Could it be one of those pets humans liked to keep around? I transformed back to my human state so the poor little thing wouldn’t have a heart attack. “Here,” I whispered gently. “I’m not going to hurt you. Come on out.”

“Demon?” a little voice whispered. It was clearly something supernatural.

Troll? I’d never met a timid one before. “What are you doing here?”

The troll scurried from behind the vent, crawled out of the fireplace, and stood up beside the couch. It couldn’t have been more than eight inches tall. I’d never seen one so small before. It was clearly female, with a pink bow attached to her unkempt blond Afro. She was rather grubby, I guessed from her journey through the fireplace. She wore little green dungarees bedazzled with pink rhinestones. And she had the most enormous green eyes that seemed to glow. “What’s your name?”

“I don’t have one.” Now that she wasn’t whispering, her voice sounded like a bee trying to speak human. “None of the underground trolls do,” she continued. “I guess we’re not important enough.” She lowered her eyelash-devoid eyelids, her lips trembling.

I touched her hand gently with my finger. “What would you like to be called, if you could choose your own name?”

“Huh? That’s kind of old-fashioned. Where did that come from?”

Old-fashioned? That troll cheekiness didn’t take long to surface. “Cordelia is a family name; I’m named after my grandmamma. I like it, and wouldn’t want to be called anything else.”

“None of my family have ever had names,” she said, her lower lip trembling again. “Each subterranean troll family has a number, assigned by the Don. Then each family member gets given a letter. I am 4695h.”

“That doesn’t exactly roll off the tongue. Tell you what. Pick a name you want me to call you, and if you don’t like it, you can change it as many times as you want until you find one that’s ‘you.’”

“Humm.” She looked confused. “I can’t think of any nice names. Can you pick one for me?”

“Sure. How about…” I tried to think of a simple one, since she was unfamiliar with names. “Lucy?”

“Well, Lucy. What are you doing here?”

“Like I said, I live here. When I don’t live at home, that is. Do you want to see the room I sleep in when the demons are not around? It’s the same one that Dorian uses.”

“Sure, in a moment. Which demons are you talking about?”

“Dorian and his soap buddies mostly. And his son, Luke. I like Luke. He’s kinda hot.”

“When was the last time they were here?”

“Dorian was here a couple of hours ago.” She started fidgeting, lowering her eyelids and shifting from leg to leg.

“Do you know where he went?”

She shook her head. Then she pursed her lips.

She stared at her feet.

“Focus, Lucy. Tell me everything. What’s with the odd expression?”

“Well,” she whispered, her voice so low that I had to bend down to hear her, “something bad happened.”

She raised her hands. “I don’t know.”

“Come on, Lucy! How do you know something bad happened, then?”

She suddenly crawled under the couch like a bug, and just as I was about to grab her tiny ankles and haul her out, she slithered back toward me—dragging something heavy.

“It’s Dorian’s arm,” she puffed, as I grabbed it, pulling it out—a bloody, shredded demon limb.

I am f……. (oops, this is an interview, I have to behave) sensitive.

I can be a bit bossy.

My twin sister, Noella.  She is a mean one, but everybody thinks she is this sweet, shy troll.  *rolls eyes*

To be the Commander of the US Navy Seal Team.

Dating Pascal, but open to all suggestions.

I have a fashionista twin sister, so I am always in fashion.  The one thing she hates but I am NEVER giving up is my combat boots.  I rock that look, so she gives in.

Code Uprising and extracting the Don. And I also did Pascal for a straight 24 hours, but we won’t talk about that.

Family, friends, and a good……never mind that last one.

What is your most treasured possession?.

TRAITORS!  Prof Kunz, I am looking at you.

We were at a dance, and there was this amazing hunk of a faery in my vision.  Someone yelled fight, I jumped into the middle of it and my faery disappeared before I got a chance to say hello.

I like women to be less attractive than me.

Nothing. I am fabulous perfection

Follow, or get the hell out of my way.

Globetrotter Imogen Rose was born in Sweden, educated in London (where she received a PhD in immunology), and is now an all-American Jersey girl. She is the author of two bestselling YA series— the Portal Chronicles and the Bonfire Chronicles, both of which have been translated into German, French, Spanish, and Japanese.

In addition to writing, Imogen loves to travel, explore Madison Avenue (she is a self-confessed Hermès addict), watch movies, listen to music, and hang out with her family, friends, and Chihuahua. When she is not writing, she can usually be found sipping a chai latte at an ice rink while watching her daughter slam pucks.

Posted by authorkarenswart at 1:30 PM