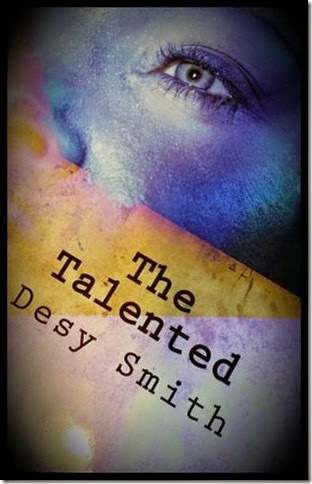 At age 17, Carmel founds herself in a mental institution thanks to an ice dagger, and a woman who apparently isn't human. After being rescued and arriving at the H.o.T, House of Talents. A house where no one is entirely human. She learns that she's Talented and has the ability to control Water and Ice.

At the H.o.T, Carmel learns to control her Talent, makes new friends, a few enemies, and begins to fall head over heels for a handsome guy. Who has a few secrets of his own. Carmel begins to realize that many people want her dead because of who she is. However she has no idea why. Can she figure it out or will she die. Look inside to find out.

She led me to the other side of the cafeteria where a wall separated us from everyone else. We made our way towards two separate tables. Ricky was sitting at a table by himself, and there were four other people sitting at the other table. I was getting ready to walk in when Flora stopped me.

“You see them four at that table.” She pointed to all of them.

“What are their talents?” She was about to walk in, but I stopped her.

“Montigo is water, Tess is fire, Lanisha is air, and Simon is earth.” We walked in the room, and Flora greeted everyone at the table before we sat down.

“Why are you guys pointing at people?”

“I was filling her in on whose who.”

“Are you going to eat all that?” Ricky asked me.

“No, if you want something, you can have it.” His hand went directly to the chocolate chip cookies. I stopped him. “Yeah, anything, but those.” Then his hand went for the peach pie. I had to stop him once again. Flora started laughing.

“Let me clarify. You can have anything but the sweets.”

“Looks like someone has a sweet tooth,” Flora said.

“I don’t know. What do I look like his keeper?”

“Don’t start, I just asked a simple question, that’s it.” They got into an argument. I ate my nachos and realized something was missing. Where was my hot sauce? I looked around and saw it was sitting on the farthest table against the wall with the rest of the condiments.

As I grabbed the bottle, I heard someone whistling. I ignored it until I realized they were whistling at me and not that, ‘Oh you’re fine whistle’, it was that come here, whistle. I turned and saw who it was, Montigo. I rolled my eyes. If he wanted to talk to me, he would have to use his words. All of a sudden, I felt something wet hit me on my but almost like a belt. I jumped and dropped the hot sauce on the floor. I turned around to touch my pants to make sure I didn’t feel anything, and sure enough there was a wet spot there. I looked at Montigo, as he sung a water lasso around his head.

“Keep your hands and other objects to yourself.”

“This is what happens when you ignore me hon, so tell me what are you going to do about it.” I remained quiet. “Nothing, just like I thought.” He threw the water lasso at my arm, and it left a wet whelp there.

“I already told you to stop,” I said.

“Or what?” I noticed Flora and Ricky looking at us now.

“Mind your business Flora.” She gave him the finger. Montigo looked at me again and once again threw the water lasso. This time I caught it and slowed down my breathing, and it froze. When I let go of it, icicles formed going everywhere in the cafeteria. One almost hit him in his face, but his girlfriend Tess, held up her hand just in time. She created a fire wall melting the ice dagger.

Tess rose up, but Montigo raised his hand, and she sat back down. Instead, he got up.

“Finally your group is complete.” He said eyeing me up and down. “So you think you’re big and bad, just because you can make a few icicles?” He laughed not waiting for me to answer. “I think you need to be taught a lesson.” I noticed everyone’s cups beginning to shake. He raised both of his hands, now had two water lassos. He threw one at me, and I mentally prepared myself to grab it, but at the last second, someone stepped in front of me. I realized it was Devon. The water was melting off his body.

“Still picking on people smaller than you?” Devon said.

“Yeah and you’re still poking your nose in other people’s business.”

“If you stop starting shit, then I wouldn’t have too.”

“What makes you think I started it?”

“Who else would it be?” Montigo stepped closer to Devon.

“Again what does this have to do with you?”

Suddenly a line of fire appeared separating Montigo from Devon. Tess slowly, but gracefully got up.

“That’s enough for tonight boys.” Her voice sounded like she was older than what she appeared to be. “Wouldn’t want Devon killing you over his little equal.”

She looked at me. “Word of advice, next time he speaks to you, just answer him.” I smiled at her.

“The last time I checked, he isn’t anyone of importance, and I’ll speak when I want to. Not a moment sooner than that.” Then I mimicked her. “Word of advice, whistling at someone isn’t the right way to get their attention. I’m not a dog.” She looked at me and twirled her hair around her finger. I bent down to wipe the hot sauce I spilled. I felt something hot on my back, and I turned around to see the fireball coming at me. I rose my hand, slowed my breathing, and it froze, it was now a big ball of ice. It fell on the floor not shattering. I looked at Tess, who was now smirking at me. I noticed Devon looking at us, probably wondering if he needed to intervene. He didn’t, I could handle it on my own.

“I don’t know what’s more pathetic, you trying to attack me when my back is turned or you attacking me and me defending myself, when I just find out today that I had a talent.”

Character Bio: She’s 5’5 with hazel eyes, shoulder length hair, and very buxom. Her name matches her skin color which is a light Carmel color. She’s 17 years old and her Talent is Water and Ice. Some people think she’s dim-witted but that’s a façade. Her quiet demeanor and passive nature is associated with her Water Talent. However, if you push her buttons, her Ice Talent will show. She will become heartless and uncaring. Carmel’s equal is Devon, and she loves him simply because he loves her for who she is, and accepts her flaws. This includes her obsession for sweets. Carmel loves being at the H.O.T because she finally feels like she has a family, due to the fact she’s never had one because she was a foster child.

I believe I am extremely creative an I tend to be indecisive at times.

That I may seem unapproachable but I’m not. I’m extremely goofy, and I love having fun.

To become a Successful, Well- Known Author and to publish other aspiring authors work under my publishing company Floebe Publishing

Affordable, I don’t have to dress in name brands. If something is cute I’ll buy it and wear it regardless if it’s from Wal-Mart, Target, H& K, or Forever 21. I make fashion it doesn’t make me.

I am very low on the pole.

Publishing my first book and starting my publishing company.

Achieving my dreams and goals and making them into a reality an constantly staying close to God and seeking his wisdom and finding my EQUAL soul mate.

I am happy and grateful for my prayers being answered.

My love for God and my family.

I despise no one because we all have our own crosses to bear.

Dating an individual who wasn’t my Equal during my first two years in college and not relying on my instincts.

Honesty, Determination, Good Looks (wait I don’t believe that’s a quality) my list goes on and on.

I have a tendency to settle. For example I settle for men when I know I can do so much better. I would like to change this about myself. 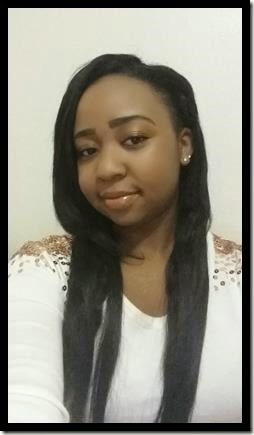 Desy Smith was born and raised in Dallas, Texas. She wrote her first book when she was thirteen years old, because she ran out of books to read inside her home. She loves reading books as much as she loves writing her own. Desiree also loves food and sweets, if she’s not reading, she’s probably eating a cupcake or two.

She published her first book The Talented under a publishing company she started Floebe Publishing. Desy writes to provide an escape for anyone who wants to live in a fantasy world, and not worry about the trouble of everyday life. She also writes to inspire. This is Desy’s first novel, and she plans to release the second part of The Talented series during late summer.

The Talented will be a five part series. Currently she is working on another story, which she hopes to release in the fall.