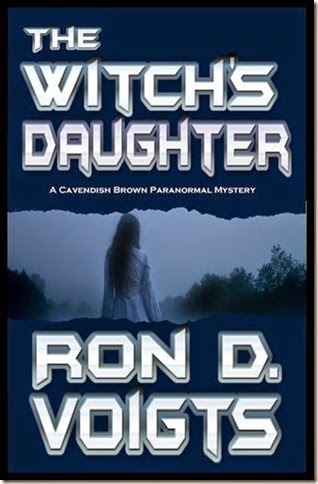 Investigative reporter and recent widower, Cavendish Brown, is unemployed and floundering. Coerced into returning to his childhood home by the town's eccentric matriarch, Cavendish finds himself involved in murder, deceit, and a not-so-subtle attempt at matchmaking.

Joined by Jane, a disturbed psychic, and Alexandra, a young Goth woman with uncanny abilities, they follow leads into the hills of West Virginia to catch the killer. A sheriff who shoots first and asks questions later makes solving the case difficult for the trio. Adding further complications is an ex-girlfriend with a mob hitman on her trail who seeks Cavendish’s help.

Immersed in a never-ending spiral of clues and secrets, he must unlock the darkness that surrounds the enigmatic Jane, stay ahead of the law, and come to terms with his own grief.

I stood on the spot with the shovel we had found earlier, staring at the ground where Jane told me to dig. My heart pounded in my chest, and I considered whether this was a good idea. “If a body is here, it might have been buried a hundred years ago. People do die and are buried. It could be sacrilegious to uproot somebody. There are laws about doing things like that.”

Alex sat on the chopping block. She took a long draw on her cigarette, exhaled the smoke and watched it linger in the still air. “I’m sure whoever it is won’t mind.”

How stupid would it sound to tell anyone I was out in the woods with a chain smoking Goth girl and a psychic who could divine the past by touch, digging up a body? If one was buried here, it may lead to a story. The headlines would read “Editor, Goth Girl and Psychic Dig Up Civil War Hero.”

I took a deep breath and scooped out the first shovel of dirt, paused and peered in the hole. No body. I dug and tossed a few more spades full. Nothing. I scooped out more earth, still finding nothing. My pace became less ginger. Dig. Toss. Dig Toss. Dig. Thud!

Whatever I hit seemed solid. I worked the shovel more carefully, taking smaller bites of dirt. Something pale contrasted against the dark earth. Using the tip of the shovel, I moved aside more ground until I exposed something long and slender. I’d seen skeletons pictured on anatomy charts at the doctor’s office and more than a few body parts while in Afghanistan, doing a stint in the Army, but I was no expert on bones. “I found a tibia or maybe a femur.”

Alex tossed her cigarette, ran over to the hole and stared into it. She knelt down and brushed back dirt with her hand. “It’s a root.”

She grabbed it, and what looked like a bone bent as she tugged on it. I knelt next to her and examined it closer. It sure looked like a root.

Jane, who had been poking a stick at something in the grass, came over and pointed to a spot about two feet over. “Dig here. Not there.”

I repositioned myself and began digging again, wondering how many more roots I would dig up that looked like bones.

The air grew heavy, and my clothing damp as I dug. The sounds of the forest became distant, and all I heard was the shovel striking the ground and my heart beating. The last time I’d worked up a sweat digging a hole was boot camp at Fort Jackson. I didn’t like it then, and my current sentiments were the same. I tossed a shovel full of dirt and spotted something.

Rather than shout for Alex and discover I had found another root, I took it and rubbed the soil away. Definitely this had to be a bone. Picking through the dirt, I found more bones, like from a chicken.

Alex came over and looked down into the hole. “Phalanges or metacarpals.”

Surprised she’d know the correct names, I stared at her. “Really?”

“I took an anatomy class in college.”

I stepped back and let Alex pick around in the hole. She found more small bones and sorted them on the ground until they began to form the arrangement of a hand. “I’d say a body is buried there.”

Alex took the shovel and removed dirt from the excavation. She took her time and paused occasionally to peer into the hole. Where I was a bulldozer plowing through the soil, she worked more like a seasoned archeologist on a dig.

As a reporter on the Gazette, I often teetered on the fine line separating legal from criminal. My informants were druggies, boosters and mechanics. I’d done interviews at crack houses, brothels and chop shops. When I came to Maiden Falls, I figured those days were behind me. Things here would be safe, mundane and predictable. Yet, here I was, digging up a dead body.

Alex found more small bones and placed them with the first ones. “Hey, we keep this up we’ll have a complete Mr. Bones in no time.”

A chill passed through me. This was a Frankenstein movie, and we were the grave robbers. We’d take the body parts to the mad scientist and get a bag of coins. Things could not be creepier, and I really didn’t want to see a dead body, even if the flesh had already gone to the worms.

We took turns digging, and I worked more cautiously. Alex did the detailed stuff like cleaning the dirt off the bones and arranging them with the others. She named them as she found them. Humerus. Ulna. Clavicle.

“Were you pre-med at college?”

Jane sat in the grass nearby and watched. She seemed indifferent about the body we unearthed, and I speculated what conditions had molded such a strange being.

“Look here.” I pulled back a tattered shirt and pointed to a broken rib. “Looks like someone shot him.”

“Do you have a better explanation?”

The trauma of seeing exposed human bones no longer seemed as threatening. I stood back and let Alex continue the exhumation. I feared the moment when we’d get to the head. A grinning skull with hollow eyes gave me a chill.

Character Bio: Leaving home at eighteen, Cavendish joined the Army Rangers and did a stint in Afghanistan. He came back and went to school at New York University. He almost flunked out, drinking too much, partying with friends, when he met Emma. She turned him around and he graduated with a degree in journalism. They married and moved to Charlotte where he worked at the Gazette. She died a year ago from leukemia. He slipped back into his old ways, frequenting bars, drinking too much, and got into a barroom fight. Facing time and a lawsuit, he agreed to return to his hometown, Maiden Falls, WV, and run the town newspaper; in exchange, Marbella Wellingway, the richest lady in town, got all the charges dropped. That’s where his story starts in The Witch’s Daughter.

Worst quality? Hmmm. I drink too much at times and become moody. Best quality. Loyalty and keeping my word.

I really loved my wife Emma. She was my life and reason for living.

I think I’ve seen dead people, walking around.  Sometimes I think it’s my imagination, but they sure looked real. I don’t really believe in ghosts but I know what I’ve seen.

Losing someone again.  I lost Emma. What if the next person I fall in love with goes away too. I am afraid that I might them too.

I never told anyone this but my dead wife visited me.  She said things. Well, I’d love to see her one more time, to touch her, to hear her voice.

Single, a widower. I had gotten together with an ex-girlfriend but that didn’t work out. My boss’s daughter, Alex Wellingway, tried to get me into bed one time, but I think we were drinking too much.

I have none, wearing whatever I first find in the closest. My wife Emma would say, “Cavey, if left to you, you’d only have two items of clothing. A T-shirt and jeans.”

I got in trouble a bunch of times while in high school. Never listened to the good advice of my parents. I beat the crap out of a guy shortly after graduation, after I learned he was going out with my girlfriend. Then I joined the Army and left town quickly.

I’ve won a few awards while working as a reporter in Charleston. The greatest thing was marrying Emma.

Being with someone you love.

I was depressed for a long time after my wife died. At times I didn’t care about myself and maybe wanted to die. But I understand now. Right now I feel nothing. I guess I’m looking for my place in life.

I don’t know if you’d call it a characteristic, but the folds on the palm of my right hand make a star of sorts. No one else in my family has the trait. I chalked it up to a genetic anomaly.  Maybe it means something.

Jerks that pick on people who can’t defend themselves. I’ve knocked a few them down a notch or two.

Is there anyone you dislike?

For a long time I  didn’t like this guy named Lou Houser.  I thought he had stolen my girl. But we made our peace.

Not having more time with Emma.

Superman. Sounds crazy, huh? I always thought it would be fun to fly, swoop in and rescue someone.

I’ve always admired the Dali Lama.  He seems so at peace with everything. I like that quote of his. “Our prime purpose in this life is to help others. And if you can't help them, at least don't hurt them.”

I don’t know. I realize I’m not perfect but I figure I am who I am.

I really don’t have one.  I guess the one I like is “God grant me the serenity to accept the things I cannot change; courage to change the things I can; and wisdom to know the difference.” Maybe it’s something to aspire to. 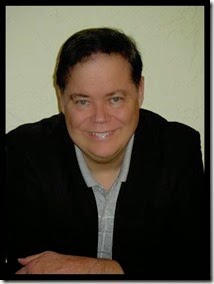 where he and wife have a home just off the Neuse River. Ron’s writes dark mysteries with a supernatural flair, but his reading in more eclectic tending towards whatever catches his interest. When not writing and reading, he enjoys watching gritty movies, playing games on the PC, and cooking gourmet meals.