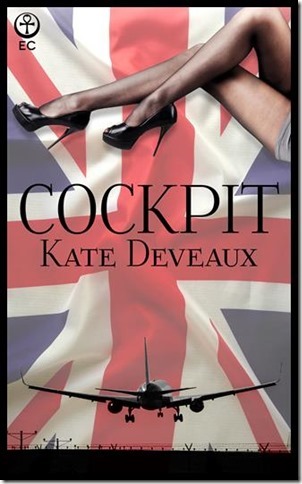 Throttle up as past loves collide…

Fifty eight year old commercial airline pilot, Bobbi Cooper, gets a blast from the past when her high school sweetheart, Mack McConnell, appears as one her first class passengers on her 747 transatlantic flight to London.

Used to being in control at all times, Bobbi is reeling from a crummy marriage and she must learn at Mack’s capable hands that losing control can be oh so sexy.

There was silence. Then the familiar sensation of her stomach being dragged down, right down to her standard issue black shoes. G force. It was the same every time.

Flicking off the autopilot and taking control of the 747, Bobbi gripped the throttle in her right hand, fearlessly pushing it forward. Slow and even. The plane bounced and shook in the wake turbulence of a passing 767. The muffled sounds of passengers’ outbursts at the sudden drop mingled with the clatter and clang of the galley carts that Bobbi damn well hoped were secured as she’d ordered.

They had to head to higher airspace. Now.

Bobbi knew better than to heed the shrill rapid warnings echoing throughout the cockpit to urgently trim to turbulence penetration airspeed.

Scott, her first officer, nodded as they increased power and held the jet seemingly against its will. Dozens of lights flashed. Air traffic control rattled off a series of confirmations when she pressed the plane higher, the metal creaking as she forced nearly a million pounds of steel and its occupants upward.

Pushing the throttle hard, Bobbi knew smooth air was only a few moments away. Under her guidance, the plane jostled and battled its way through the rough air. A sudden bump, followed by another, then the resulting loud gasp from the passengers.

Holding firm at her command, they broke through the rough air into an eerie smoothness as they glided seemingly effortlessly into calmer airspace.

Bobbi exhaled, only now aware she’d been holding her breath. Turbulence was an everyday occurrence for a seasoned pilot like herself, but this had caught her off guard. A heady mix of bad weather and the wake turbulence of the other aircraft had left her reeling when she tried to steady the 747 inbound for Heathrow.

Scott turned away to double-check some details with the flight engineer seated behind him. Bobbi wiped a trickle of sweat from her brow when he wasn’t looking. As captain of the immense beast, Bobbi couldn’t let her fellow officers—or any crew for that matter—see her sweat under pressure. And that was becoming more of an issue, since hot flashes were now often brought on not by an adrenaline rush from flying but by Mother Nature.

Bobbi Cooper couldn’t believe she would be fifty-eight next year. Where had the time gone?

She knew damn well where it had gone. First a stepping-stone career in the Air Force and then thirty years flying commercial. Enough to establish her as one of the highest-ranking woman pilots in the country as a 747 captain for Atlantica airlines.

“Perfect,” Bobbi said, switching back to autopilot and settling the aircraft into the calmer and higher altitude.

Scott did as she ordered and tinkered with the gauges, she watched. Once she was sure all was under control, Bobbi unbuckled her shoulder harness and rose from her seat, reassured all was secure.

“Keep her on route—I’m stepping back for a moment. You two got it?” she asked, standing behind her first officer Scott and her flight engineer Neville, the new recruit fresh from a small regional airline.

“Sure, Bob, we got it,” Scott said casually, calling her by the familiar cockpit nickname. “Have them send up some coffee while you’re back there.”

Bobbi buzzed for the flight attendant to open the cockpit door. Standard procedure after 9/11. Bobbi peered out through the peephole. It was Sandy, the flight attendant with a penchant for displaying her ample cleavage by wearing her uniform extra tight, so it hugged all her curves. But it wasn’t only her inappropriate dress that annoyed Bobbi. It was the fact she’d also had fucked Bobbi’s husband.

But then again, who hasn’t?

After divorce and company paid-for counseling, Bobbi had come to the realization, and then acceptance, that Sandy was just one on a long list of Greg’s conquests. She did her best not to hold a grudge, but that was a constant challenge, as she ran into Sandy more than she would have liked. Once a century was about what Bobbi could tolerate, although it had been cleared by corporate that they were fine to work together. And they were. Bobbi was a professional. Through and through. She’d fought tooth and nail for her job, and with three and a half years until retirement, with the promise of a cushy pension waiting for her, which she’d only have to marginally share with Greg according to the settlement, there was no way she was going to let Sandy or any of the others put her off her game.

“How’d everyone do?” Bobbi asked Sandy with her cool, composed captain’s demeanor. It was the one piece of her dignity she’d salvaged among the women flight attendants, a good majority of whom had been treated to Greg’s lustful attentions.

Sandy motioned with her head back toward the passenger area. “Fine,” she reported. “Chucker in aisle sixteen and a few more farther back, but they should be fine now.”

Chuckers. That was what they called the passengers who couldn’t hang on to lunch during a bumpy flight. Today had been a doozy, and it wasn’t over yet.

Bobbi noticed with subtle irritation that Sandy’s blouse strained against her perky breasts as she efficiently flicked the switch on the coffee machine. Her bosom jiggled while she scooped ice into a plastic cup and pulled a can of tomato juice out of the galley cart. Shit. Greg really hadn’t had a chance. Big brown doe eyes and a body that wouldn’t quit. The sexy flight attendant was everything Bobbi wasn’t. Not that it mattered now. Greg was on to new, greener pastures. Her ex was consistent she scoffed —his conquests all had one, no make that two things in common— big knockers and tiny, round asses. Men were shit, really. Why she had let herself be demeaned and embarrassed by his bad behavior for as long as she had, she’d never know.

C’est le vie, Bobbi coached herself as she smiled her most innocuous smile at Sandy.

“Plan for a bumpy ride in to Heathrow—there’ll be some more weather ahead,” Bobbi warned her. “Might need more bags.”

“Sure thing, Captain,” Sandy said as she snapped open the lid on the can, poured the tomato juice over ice and handed it to Bobbi.

Bobbi nodded her appreciation and gulped down her customary in-flight refreshment. “I’m going back for a few minutes,” she said, handing the empty cup back to Sandy before pulling back the curtain to first class. “And send some coffee in for Scott and Neville before we head down, please.”

Entering the first-class cabin on her way to the pilot’s rest area located between first class and business, Bobbi scanned the spacious cabin. Most of her passengers were now contentedly dozing, oblivious to the formidable battle she’d been waging in the cockpit to keep them in precariously calm airspace. But that was her job—to deliver five hundred souls safely to London.

Sunlight illuminated the plush first-class cabin through a few half-drawn window shades, but not quite to enough to keep the blinding sun from searing into her eyes. Squinting, she walked down the aisle, passing by the first row.

A collective gasp came from the passengers when the plane hit another deep air pocket. Bobbi reached out to steady herself, placing her hand on the headrest of the second row seat for a brief second, smiling reassuringly at the surrounding passengers. She was their pilot, after all.

The passenger in the nearest seat looked up at her.

Bobbi smiled down, then did a double take.

“Bobbi?” the male passenger asked, looking up at her. “Bobbi…Bobbi Cooper?”

“Yes,” Bobbi said, instantly recognizing his features. Her mind was spinning. Those dark-blue eyes. And that unmistakable voice. Velvety and thick. The way scotch felt when it slid down her throat. She’d know that voice and that face anywhere. Even if it had been forever.

I can’t remember a time I didn’t want to be a writer.

Well, pretty much when I started writing my first full-length novel. Now I wasn’t a published author yet but I was so dedicated to completing it that I started saying to people that I was a writer because I spent so much time doing it. J

About six to seven years I think…

I used to be a wedding planner. Talk about romantic. Piles of stories in the vault from that experience.

Cockpit. The name says it all. Lol. No really. Okay how about this: Hold on as Bobbi and Mack throttle up.

Depends on the book. Novellas take a few months for me, full length fiction can take 6-12 months.

More smokin’ hot romance! Already have a Vixen in Venice coming out this month as well as upcoming Bimini Bound and Bottoms Up.

I read all the reviews.

A mix of both. Cockpit was a case of the title coming first.

They just pop into my head. A character’s name will just ‘feel’ right, same goes for setting. It’s intuitive I think.

Torn between ebook and paperback. I do so love the feel of a papeback but then

There are a few I’ve read more than once they were so good. One is the Principal’s Office by Jasmine Haynes and the other is Insatiable by Opal Carew. 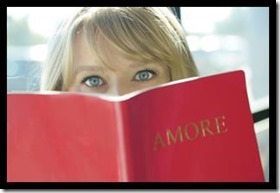 A former wedding planner, Kate has always been "in love" with love! She was inspired to transition from writing racy short stories to full length manuscripts after meeting other authors in the romance world at industry workshops, conferences and events. Originally from England, now resides in the U.S. with her husband. When she’s not writing or reading, Kate can be found on the tennis court—yes, there’s even "love" in that game too!

Posted by authorkarenswart at 10:37 AM