Book Blast, Giveaway & Interview: In the Halls of the Mountain Troll by @TanithDavenport 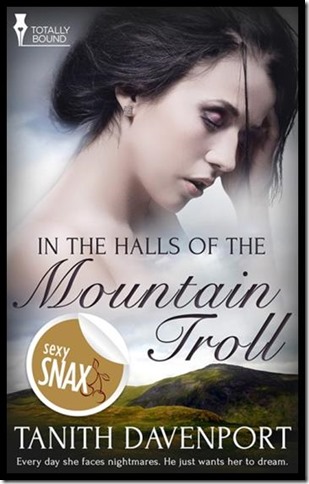 In the Halls of the Mountain Troll

Astri Ingebrigtsen has no time for romance. A member of an elite team of trollhunters, tasked with controlling and concealing the troll population, her days are too full to focus on anything else, so filled with nightmarish brutality that her nights have become dreamless. So when hot researcher Kai joins the crew to help them in their latest job, hunting a mountain troll, Astri ignores the chemistry between them—something her jealous teammate Micke fails to do.

Astri knew Micke was a jerk, but even she never expected him to send Kai up into the mountains alone to face the troll, unaware that she was asleep in the trailer. Now, trapped in the mountains with a destroyed car, she and Kai need to work together to confront the creature, and their bond grows—but even if they get out alive, can Astri trust Kai with her heart?

Rain spattered the windows of the café, mist making the sunlight bleak. At a table by the wall a man was sitting with a breakfast tray, a small stack of paper on the seat beside him, oblivious to the sideways glances given by the other customers. His messy beard, tousled brown hair and heavy duffel coat gave him the appearance of a slightly cleaned-up vagrant.

“This place is too expensive.” Astri Ingebrigtsen dropped her food on the table and sat down across from him, throwing her dark hair back out of her face. “At this price these eggs should be gold-plated.”

“Get Micke to pay.” Otto grunted, looking down as he dug through his paperwork. “He wanted to stop here.”

Otto rolled his eyes just as Micke appeared beside him, breakfast in hand. Without a word Micke picked up the papers then dumped them unceremoniously on Otto’s tray before sitting down with his own.

As Lise joined them with her own food, Astri turned her attention to her breakfast, smiling to herself. Micke was so easy to wind up.

But God, it had been a miserable week. She cast a rueful glance out of the window to where their trailers sat in the car park, each attached to a Jeep. They were a necessity when they were on a job that required travel, but try as they might, it was impossible to keep them properly warm inside, even with the help of space heaters and extra blankets.

And this had been a long job. Traveling every day, out hunting every damned night. She was beginning to think it would never be over.

Otto was spreading a map out on the windowsill, eating his svele one-handed as he ran a finger along the road markings. The shrill ring of a mobile phone cut through the air and he cursed, dropping his fork and burrowing his hand into his coat pocket.

“Otto here.” He paused. “Not yet. We left Trondheim this morning.”

“We should get there around two. We’ve booked ahead. Tell him to wait in our cabin.” Otto hung up the phone and eyed Astri and Lise, who looked back at him innocently.

“That was Gunther. Our new addition will be meeting us in Orkanger.”

“What did you say his name was?” Lise asked through a mouthful of bread.

“Kai. Kai Amundsen.” Otto glared at Micke, who had let out a dismissive snort. “Enough, Micke.”

“We don’t need more people.” Micke twisted in his seat to face Otto, his mouth twisted in disgust. “Too many of us attracts attention. And we don’t need a greenhorn holding us back.”

“We’ve been over this. We need his research to capture it.” Otto held up a hand to forestall any further response. “This is not negotiable. Eat.”

“He’s right, Micke,” Lise cut in. “We’ve been chasing it for weeks. This could mean we finally catch it.”

Micke slammed his fist on the table, making the cutlery jump. “I do not need some college student to tell me how to do my job. When he’s never in his life caught a tr—”

About to snap back at Astri, Micke caught her eye and shut his mouth. Astri hastily scanned the room to see if anyone had overheard.

It didn’t seem like it. A few heads had turned at his outburst, but apparently nobody had picked up on that last dangerous word.

I always wanted to be a writer, although it took me a long time to get here!

It took me three years to write "The Hand He Dealt", after which I made some revisions based on a critique from the Romantic Novelists' Association. However, once it was finished, it was only the seventh publisher who accepted it. I was lucky to find Totally Bound.

I primarily publish with Totally Bound, although I have also worked with Naughty Nights Press and House of Erotica.

The only necessity for me is clothes. I'm very jealous of any writer who says they can work in their pyjamas, because if I'm not dressed I don't have my writing head on and will just sit and surf.

I do. I've been lucky so far not to get any that have seriously upset me, but it's always nice when a reviewer really likes your writing.

Either. Usually I will have some idea of a title before I start writing but there have been times when the title comes later - "In the Halls of the Mountain Troll" was named after it was finished.

Generally they come at the same time. If I don't get the name right I can't see the character so I need to have it in place before most of the development can happen.

EBook, I think, just because my Kindle is so convenient. I can have six or seven books on the go at once without taking up space in the house.

I'm not sure I can pick a permanent favourite, although one I do love is Jane Austen's "Emma". I must have read that a dozen times. Austen's third-person POV is perfect in that book.

They can. My favourite is probably "Jurassic Park", possibly because it's the only Michael Crichton novel that transferred well - most of his books are so heavy with science that they simply don't work as movies.

Thai sticky rice. I could eat it all day.

Queen, although I'm also a great fan of the Darkness. 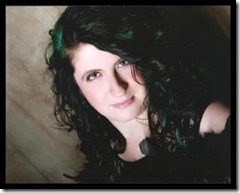