Book Blast, Giveaway & Interview: The Do It List by @gJillianStone 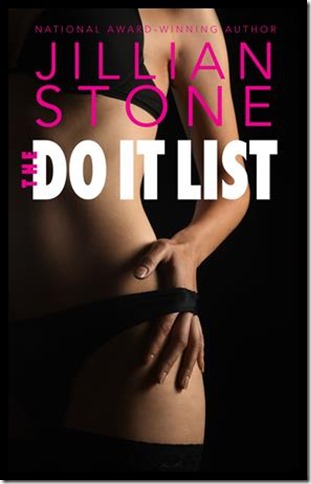 Great job. Great pay. No life—including her on again off again sex life. Then one night, she is plunged into darkness with a handsome stranger.

Gracie and Bradley are assigned to work on the biggest new business pitch Darcy Wexler Dean will be in all year, and the two tangle immediately, battling copy concepts and focus group findings along with their explosive attraction to each other.

I checked the hallway through the floor-to-ceiling glass by the exit. No one was about. Coworkers were in their offices, filling out time sheets, getting ready to call it a day.

“I believe there’s a light switch on the wall.” He used a huskier voice, more like the elevator Bradley.

I pressed the controls, and the conference room dimmed enough not to be seen by passersby, as long as we kept things quiet. Nose to the door, I stared at the smooth, matte-black surface.

“I know things got a little heated––” I stopped myself and cringed. Was I talking about last night or the testy words between us several minutes ago? And since when weren’t things heated between us? I sucked in a calming breath and exhaled silently.

“Sorry I can’t be more enthusiastic about creative testing, it’s just that I’ve been screwed by research in the past, and not in a good way.”

Bradley flopped down on the sofa and raked me over with his gaze. He patted the seat next to him. “You and I need to build some trust.”

I approached slowly. “Have you any idea how many focus groups I’ve sat through where smirking research geeks underlined every word or phrase that didn’t test high enough—some of them the best words and phrases I’ve ever written in my life?”

I dropped my bag on the floor for emphasis. “Just once, I’d like to believe research has my back.”

He clasped my wrist and tugged. “Since we’re going to be working closely together…” He pulled me lower.

I settled a knee to each side of his thighs and straddled him. It was about time I climbed on the man. “How close?”

“Intimate close.” He easily worked through the buttons of my pants.

“You’re staring at my belly button.”

“You have a piercing.” His gaze turned darker, hungrier—as if I were a mocha chocolate truffle and he had a craving for Godiva.

I’ve always been a storyteller.  When I was an art director in advertising I told visual stories in print and film.

I still have moments where I question whether or not I’m a writer. I have to remind myself that I’ve written seven full-length books and two novellas. I don’t think any creative person should ever get too cocky, but I also dislike fake humility. Steve Jobs closed his Stanford commencement speech with the words: Stay hungry, stay foolish. I think that’s where I’m going to stay.

The second book I wrote won the 2010 RWA Golden Heart and was published by Pocket Books, so I guess you could say I published very quickly.  Looking back, I’m not sure that was such a good thing. I was not prepared for the business of being an author so the learning curve was severe and painful.

I still work as a creative in   advertising, but not full time. I freelance so that I can schedule in writing time.

THE DO IT LIST is my latest release, and the book draws heavily on the contemporary world of big time advertising. Mad Men meets Mad Women––instead of Don Draper, it’s Gracie Taylor-Scott’s story.

Pocket Books and Kensington Brava publish my historical romance titles and my new release, THE DO IT LIST is self-published.

Oh gosh, I’m so slow compared to some of the other writers I know. I write about two books a year.

I enjoy writing in different genres while I discover who I am as a writer.  I have a several book ideas in development right now, including a graphic novel. I am currently writing the sequel to THE DO IT LIST and the first novel in a Gentlemen of Scotland Yard spin off series this year.

I create a playlist for every book, and the music becomes so embedded in my brain that months, even years later a tune will play and it brings back a particular scene in detail.

I use a working title until something in the story triggers the title you publish. The first book in a series is always the hardest title. Once you get the series title theme going, it becomes somewhat easier.

I pretty much know the character’s backstory and traits before I write a word. That doesn’t mean I don’t get to know them better as I write them, which always happens in the process of writing a novel.

Are there any hidden messages or morals contained in your books? (Morals as in like Aesops Fables type of "The moral of this story is…")

There are themes in all my books that I put there on purpose. Agent Gunn, the hero in A PRIVATE DUEL WITH AGENT GUNN fought in Afghanistan and suffers from Soldier’s Heart, which would be called PTSD today. I don’t make judgments, I just put it out there for people to read and hopefully digest.

I have a Kindle Fire, which is like having a library and entertainment center in your pocket. But I also still love traditional print books.

Do you think books transfer to movies well? Which is your favorite/worst book to movie transfer?

Coffee. At least two cups of French Roast every morning. 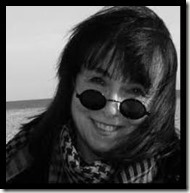 Jillian Stone was born a storyteller. A skill that got her into considerable trouble as a youth until she solved the problem by becoming an advertising creative. And the career did seem to suit her as she won many national ad awards including the Clio and the New York Art Director’s Club Gold. What more could she ask for? Create her own worlds? Become goddess of her own universe? Yes! So, she began to write fiction. Her Victorian Romantic Suspense novel AN AFFAIR WITH MR. KENNEDY won the 2010 Golden Heart and sold to Pocket Books. Her sexy, controversial steampunk novel THE SEDUCTION OF PHAETON BLACK won the 2010 Romance Through The Ages Erotica category and sold to Kensington Brava. Jillian lives in California and is currently writing a new spin-off novel to the Gentlemen of Scotland Yard series as well as book #2 in the DO IT LIST series.