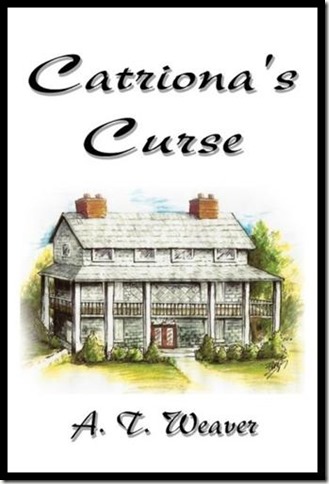 Although Sunny Nelson was raised in a dual theology family, he doesn’t really believe in reincarnation nor does Jeff Davis. However, the visions and dreams Sunny keeps having lead them to be regressed where they discover they have at least two past lives together.

With Jeff’s sister April, they discover and attempt to dispel the spell cast by Sunny in one of these past lives. Along the way Sunny and Jeff fall in love. Jeff finds Sunny’s Pagan practices and the idea of reincarnation unsettling at first, but eventually decides to accept them if he wants to be with Sunny.

“Granddad, what have you gotten me into now?” I thought as I drove down the gravel driveway lined with majestic oak and walnut trees toward the one-hundred-fifty-year-old, three-story rock mansion.

My name is Sunshine Nelson, thanks to my hippie parents. Actually my first name is Matthew but, since my dad was Matt, I’ve always been called Sunny. I’m almost thirty-five years old and live in Los Angeles, California. My parents have known for nearly twenty years I’m gay. They aren’t really happy with the fact, but have accepted it.

My father’s father died and left me this house my fourth-great grandfather built just prior to the Civil War. My parents insisted I take a few days off work, fly to Missouri and check out the place. In Mom’s words, “Getting away from California and Dan will help you get over him.” After three months, I thought I was over Dan, but seeing him at Dino’s Restaurant last week with his little bear cub hurt more than it should have. After all, you don’t get over eight years of loving someone overnight.

The sticky humid eighty-five degrees made my mood somewhat touchy. I spent last night in Kansas City with my old college roommate, Jack, and his partner, Bret. When Bret suggested he tag along to keep me company, I had no idea what was in store for me. We hadn’t gone twenty miles before I regretted bringing him along. Over the last two hours I’d endured his unending flirty innuendoes and stories about the sex parties he and Jack throw. I’m not one to indulge in sex just for the sake of sex. I believe in monogamous relationships. I know they’re possible. I have friends who’ve been together over forty years.

Driving toward the house, I noticed newly-broken limbs on a few of the trees, but most of them seemed to be healthy and well trimmed. The yard looked as though it could stand to be mowed, but it wasn’t what I’d call overgrown. I stopped the car about fifty yards from the house and studied it. The house stood just off Rocheport Road about five miles outside of Boonville. Made of native stone, it sat in the middle of an expansive lawn. The long drive formed a semi-circle in front of the house.

A wide flat-roofed veranda held up by huge pillars fronted the house and continued around both sides reminiscent of the southern mansions I’d seen in movies. Except for a few missing shingles on the roof and peeling paint on the wooden veranda, it appeared to be in good repair. A sense of calmness settled over me. I felt like I’d come home from a long trip.

Bret’s voice interrupted my thoughts, “That looks more like a hotel than a private residence; it’s huge.”

His words ignited the glimmer of an idea into my head. I put the car into gear and drove the rest of the way down the drive.

As we got out of the car, Bret asked, “Sunny, do you see a shadow in the window to the right of the door? Your grandma didn’t say anything about the place being haunted, did she?”

I removed my sunglasses and looked up. A female-shaped shadow quickly disappeared. “Not to me. But then, she’s never been here. The only member of the family who ever saw the place was Granddad the year he inherited it from a distant cousin. None of us has been back since and no one has lived in it for twenty years. I’m going to look inside. Watch the steps, they might be rotten.”

Bret fanned himself with his scarf. “I think I’ll wait in the car with the air conditioning on if you don’t mind.”

“Be my guest,” I sighed. “If you weren’t wearing that scarf, you wouldn’t be so hot.”

“You’re just like Jack,” Bret whined. “You don’t know anything about fashion.”

“I prefer comfort to fashion.” I retrieved my camera from the car and took several shots of the grounds before entering the house.

My sister and I were in what everyone called the haunted bedroom when we heard the car pull up. April ran to the window and looked down. “Wow. Dibs on the blond; he’s beautiful.”

I walked up behind her and took a look for myself. The tall blond removed his sunglasses and I felt a déjà vu like stirring deep inside. I knew I’d never seen him before. I’d have remembered. He looked to be a little over six feet tall, athletically built and close to my age. A pair of light blue trousers hung loosely around his legs and a short-sleeved, cream-colored pullover almost the same color of his hair accented his taut abs. Just then a ray of sunlight hit his hair and it shone like silver.

On the other hand, the man who got out of the passenger side was several inches under six feet and stocky with dark hair. His outfit marked him as obviously gay. He wore grey trousers and a coral long-sleeved, button-down shirt. A grey scarf the same shade as his trousers wound around his neck.

“Sorry, sister dear, but judging from his companion you aren’t his type,” I said.

Her voice registered disappointment, “And I suppose you are?”

“More so than you. It seems a shame if he’s taken.”

“I don’t know. They don’t look very well matched if you ask me.” She shrugged, “But there’s no accounting for taste.”

April left the room and I followed.

Character Bio: I was born July 25, 1975, in Los Angeles, CA, the oldest of four children of Matthew and Suzanne Nelson. My parents are of the hippie generation and named the four of us Sunshine, Tulip, Marigold, and Shadow (James Shadow). Jim got lucky and was called by his first name. I got stuck with Sunny. It caused a lot of teasing in school. I’m 6’2” tall with platinum hair and blue eyes.

My siblings and I were raised in a duo-theist family. Our mother was Pagan, but gave up practice when she married our Methodist father. However, her mother made sure we knew the rituals and practices of Wicca.

It was my fourth-great grandfather who built the house which would later become known as Catriona’s Curse.

In a committed relationship with Jeff Davis.

Neat and fashionable, but prefer comfort over high fashion.

Only a rebel in the sense that I’m gay.

If I tell you that, you won’t need to read Catriona’s Curse, because you’ll know the ending.

Being with the man I love.

My wedding ring. It’s a white-gold triquetra. In each loop of the triquetra is a stone: a tiger eye, a silver hematite, and a black obsidian. In the center is a green amethyst that matches Jeff’s eyes. It is surrounded by diamonds. His is the same expect for the center stone which is an aquamarine to match my eyes.

(when you read the book, you’ll find the meanings.)

I really can’t say I truly despise anyone.

The same as in a man.

A. T. Weaver is the pen name of a divorced grandmother of eleven, great-grandmother of one. She lives with her cat, Cleopatra, in downtown Kansas City, MO.

When she was growing up, the word gay meant happy and carefree and homosexuals were called queer or ‘one-of-those’. However, she never heard those terms until she was married and a mother. When two men moved in down the street from their mobile home, her husband had to explain they were queer. As far as she was concerned, they were just a couple of men sharing a trailer.

In 2003, through a TV show called Boy Meets Boy, A.T ‘met’ over 3,000 gay men in a Yahoo group. These men educated her as to the inequalities suffered by the LGBT community and she became a staunch ally. She visited one of the men in San Francisco who lived just up the street from the Castro. As he showed her around, they stopped in front of what was once Harvey Milk’s camera store. Her question, “Who was Harvey Milk?” started her education into Gay history.

A. T.’s aim is to move you in some way. Whether you laugh or cry, love it or hate it, she welcomes all comments, whether good or bad.