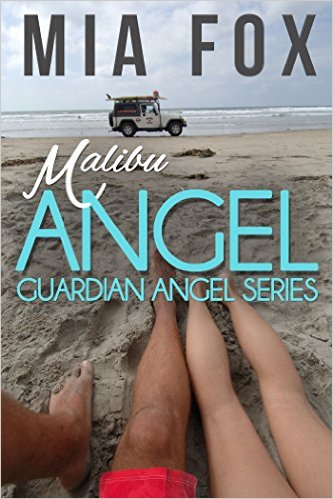 All Sam wants is to serve out his time as a guardian angel so that he can return as a human. But his sentence becomes more complicated when he finds himself falling in love with Angeline, his current assignment.

The rules of angels specify that he may not interfere with the course of her life, which naturally includes her dating choices. When Angeline begins surf lessons at the same beach where Sam is assigned to work as a lifeguard, a connection forms between them and the rules of angels collide with the laws of attraction. Sam finds it even harder to keep his distance when he discovers Angeline’s surf instructor hides a dangerous secret.

With Angeline’s life in jeopardy, the lines between his role as a lifeguard and that of guardian angel become blurred. Sam’s choices will redefine his role as a guardian angel to Angeline and force him to contemplate what will become of their love if he is sent away. Whether they find their way back to each other is a question written in the heavens.

Angeline gave a noticeable pout. “I’ve been riding the kiddie waves all week. I was really hoping to test out what I’ve learned...but as I said, my instructor seems to be AWOL. Hey, do you think you could take me?”

Sam looked up to the tower at Evan, unsure how to proceed. He would have done anything to say yes right on the spot, but that would certainly get him into trouble. Then again, to send her out alone was irresponsible and could endanger her safety. Knowing exactly how Sam’s mind was playing a game of angel versus devil, Evan shook his head slightly to which Sam rolled his eyes at his new friend, but nodded recognition nonetheless.

“Oh, of course. That was silly of me. Hey, I’m sorry I bothered you,” Angeline said as she started to turn away from the tower.

“You’re not a bother. Come by anytime. I’ve got sandwiches!” he called out as she headed back down the beach.

Evan smirked at him. “I’ve got sandwiches? Now that’s an original pick-up line.”

Sam ran a hand through his golden hair. “Tell me I didn’t I really say that.”

“Just wondering...did that kind of line work when you were alive?”

Sam smiled in spite of his embarrassment. “Actually, girls found me to be quite cute and charming.”

As if validating his point, Angeline looked over her shoulder at Sam, but seeing him still watching her, she immediately turned back and continued walking to her spot on the beach.

Placing his arms behind his head and leaning back against the lifeguard tower, Sam surveyed his domain over the pristine Malibu beach, taking in the sun, surf, and the beautiful swaying of Angeline’s hips. “That’s the type of trouble that makes life...and the afterlife...worth living.” 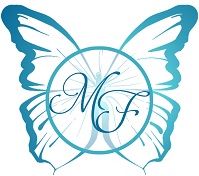 Mia Fox is a Los Angeles-based novelist who writes across varied genres including Contemporary and Paranormal Romance, Chick Lit, and Satire. She received her Bachelor of Arts Degree in Communications from U.S.C.

Before writing full time, she worked as an entertainment publicist, a career she chronicles in her novel, “Alert the Media.” However, she is happy to leave that world behind her, preferring that any drama in her life is only that which she creates for her characters.

She lives in Los Angeles with her husband, three children, Casey, the Wonder Westie, and Bean, his brother.

This event has been organized & hosted by