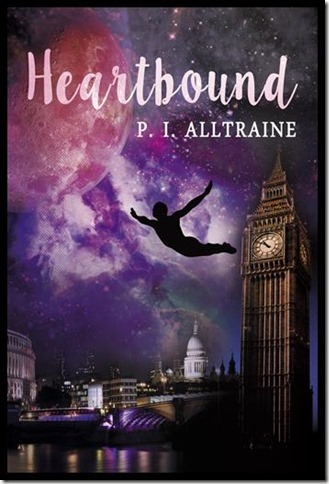 Petyr has never found it necessary to consider the humans as anything more than distant, inferior beings–until now. They are the cause of the fatal disease that has plagued his realm, taking the lives of too many of his kind.

As a future leader of a realm in peril, Petyr must find a way to resist and cure the affliction. He must enter the unfamiliar realm, appear to be an ordinary eighteen-year-old human, observe and learn.

However, things don't exactly go according to plan. Instead of embarking single-mindedly on his sober mission, Petyr meets an 18-year-old girl who does things to his emotions that he can't quite fathom or control. Petyr is falling in love, and he almost forgets the gravity his choices have on his entire world. Despite the risk it poses to his life and hers, he wants to know her, and he wants her to know him–and his world.

Available at Amazon UK Amazon US

This is a funny one. Even though I always enjoyed writing, I never felt worthy enough to call myself a writer. When I was writing ‘Heartbound,’ there were times when I didn’t agree with my characters’ actions, but I couldn’t change it because it wasn’t my decision anymore. That’s when I realised what being a writer truly means. Everyone can write a story, but to create a world with a life of its own, I think that takes a writer.

How long have you been writing?

When I was younger and they asked what I wanted to be when I grew up, I never said writer. Though I didn’t set out to be an author, writing has always been something I’ve done naturally, something I always knew I could do. When I was at school, some of my friends could sing, some could draw… I could write. I was the editor in chief of the school paper so I edited and wrote news articles, I wrote many of the school plays I performed in, I entered poetry writing competitions and performed spoken word poetry, I wrote the speeches I delivered in oratorical competitions, declamation, debates, etc. At the time, I thought I was doing so many different things, but looking back, everything I chose to do involved writing.

It was very quick process for me. First, I did some research on credible agents and publishers that would be interested in my genre. I randomly picked one from the list, just to see how the process worked and what a rejection letter looked like. Two weeks later, I got a request for the full manuscript, and two weeks after that I was offered a contract. I had a difficult decision to make because I hadn’t really tried anything else at that point. From what I heard, querying agents could take months for a reply (even a rejection reply), and even if someone took me on, there was no guarantee they could sell it to a publisher—and I already had a publisher interested. It made sense to seize the opportunity.

Who is your publisher?

‘Heartbound’ is published by Soul Mate Publishing, New York. I have to say that I made the right choice signing with them. The whole team—from the editors, the cover artists, the authors—have been so accommodating and supportive. I’ve learned so much from Debby, the chief editor. Most importantly, because SMP is not a big corporate publishing machine, I feel like I’ve had a voice in the whole process.

This is always the most difficult question to answer because there’s just too many! If I have to choose though, it’s got to be John Milton and Virginia Woolf and James Joyce and Chinua Achebe and… (it’s impossible to pick just one). I love writers that make me feel something I can’t explain or change my perspective. When I read anything by Virginia Woolf, for example, be it an essay or a novel, I feel baffled and enlightened all at once. John Milton is another writer who changed my perspective and how I approached literature as a writer. I was raised Roman Catholic, so seeing the sublimity and the epic heroism in a figure that I grew up believing as a one dimensional villain was very enlightening. It’s empowering to see how Milton took something a lot of people considered a sacred and manipulated it with such grace, such skill.

It’s fantasy, so it’s littered with elements that are out of this world (literally). But at its core, it’s about questioning and finding one’s own identity, trying to find a resolution between who you’re meant to be and who you want to be. It’s about finding the bravery and courage to go against the tides and refuse to conform.

I’m an English Teacher in London. I chose the profession for two reasons. First, reading and talking about books are significant parts of the job. The second reason is I thought it would give me enough free time to write. It turns out, even when lessons finish at 3:05 and there’s half-term break every 6-8 weeks, there’s NO free time. Teaching is one of the most (physically, mentally, emotionally) demanding jobs. You can never clock out or say you have nothing else to do for the day. However, seeing the students grow, develop skills, and learn from you is priceless.

‘Heartbound’ took about three years to complete, then I left it alone for about a year before I edited it. I had no deadlines, so I just wrote whenever I was inspired. There were times when I wouldn’t write for months, other times I would write every day for a couple of weeks.

What can we expect from you in the future?

I’m working on three novels at the moment. One of them is the second book in the Heart Series (sequel to ‘Heartbound’). The other two came to me at the same time, and I just couldn’t choose between them. I’m also working on some Poetry (Spoken Word). I’m building a collection that will hopefully be ready for publication by next year. There’s a video performance available for ‘Unmoving,’ and a few more from the collection should be up soon.

In ‘Heartbound,’ my favourite character has to be Evan. He doesn’t actually appear until halfway through the book, and he’s only in a few scenes, but I think he has such impact, such presence. I loved writing him! I can’t wait to see how the readers react to him.

This is more difficult than choosing a favourite writer! I love food, especially Filipino food.

Heartbound: One choice has the power change the fate of two worlds.

‘Heartbound’ is YA Romanic Fantasy. The two novels I’m working on at the moment are also Fantasy, but different strands. One is Epic Fantasy for adult readers, whilst the other is YA but has a more futuristic/sci-fi feel.

I read a lot of books from different genres, but I find that YA Fantasy with romantic elements are usually the once that I can’t put down. I enjoyed reading them so much that I thought I’d enjoy writing them.

I love having the printed books to add to my library, but I haven’t bought a paperback since I owned a Kindle. Ebooks have made being a bookworm so much more convenient. No more having to decide which of the many books I’m currently reading to take with me, no need to carry a portable reading light, no need for a book holder (because cramps from holding the book open for hours are no joke), etc.

I write when my head is clear. I listen to my characters, and I hear them more when my brain is not busy thinking about work, etc. I get the bulk of my writing when I’m on holiday. Otherwise, I take advantage of the silence in the early hours of the morning.

Apart from the general role that they will play in the narrative, I know very little about my characters before I start writing them. I definitely discover more about them as I go along. There are times when I don’t agree with my characters’ actions, or I don’t always know what they’re going to do until I’m literally typing the scene. An example is the scene with Dru in the Forest. There’s a point when he walks up to a tree and reaches out. It’s a mad experience because whilst I was typing the scene, I was thinking, ‘what are you doing Dru?’ I definitely didn’t expect what happened next. Writing ‘Heartbound’ made me realise that everyone can write a story, but to create a world with a life of its own, I think that takes a writer. 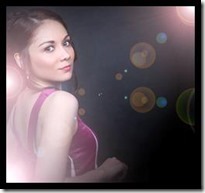 P.I. Alltraine is an award winning poet and author. She has won several international poetry competitions, and her poems have been published in separate anthologies.

Before moving to London, she lived in the Philippines where she was ensconced in the rich culture encrusted with dark myths and enchanted tales. She draws inspiration from these in her writing. Although she has lived indifferent places and experienced different cultures, she always enjoyed the constancy of writing in her life. Her favourite authors include John Milton, Virginia Woolf and James Joyce.