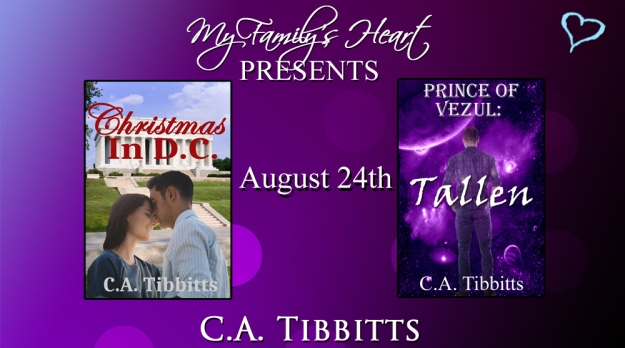 Hey everyone - thanks for stopping by - check out both of these truly amazing books by author C.A. Tibbits - Prince of Vezul: Tallen a Sci-Fi Romantic Comedy and Christmas in DC a Contemporary Romantic Suspense. And don't forget to take part in the authors giveaway as well. (Don't forget to leave a comment - bloggers & authors just love those) Thank you. 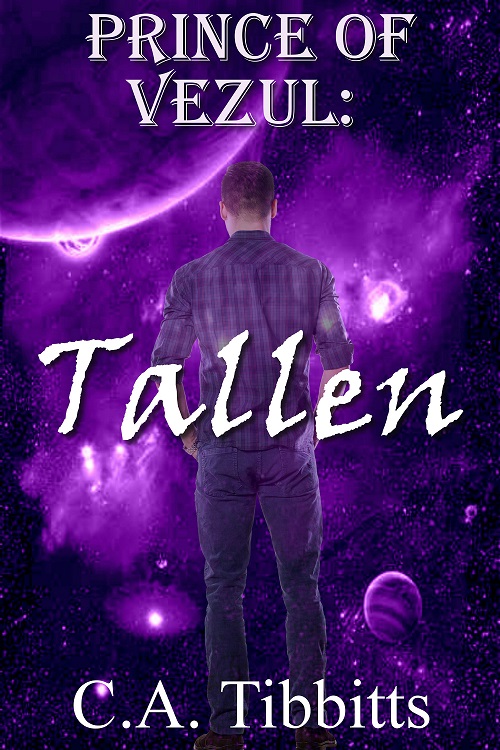 Tallen, which happens to be a prince from the planet Vezul, comes to Earth seeking a woman to become his princess. He lands just outside Las Vegas, where he spies a buxom beauty named Cari. He comes to her aid when a casino patron gets a little too grabby with Cari, whom he has already decided will be his princess.
Cari lives paycheck to paycheck in her dead-end, depressing job. When a gorgeous stranger approaches her, she assumes he must be crazy with the talk of making her his princess and having his royal babies. But when he comes to her aid, she realizes she doesn't want him to get in trouble for defending her honor. She rushes him out the back door, only to have him kiss her.
When his technology shocks her into passing out, she finds herself on a spaceship that insists on being called "John Wayne" with this gorgeous alien on a one way trip to the planet Vezul.
Will an interspecies relationship actually work, and does love truly conquer all?
(story originally published in Mystical Royal Love box set)

"I would like to discuss copulation." She felt her cheeks redden in embarrassment. It felt strange to discuss having sex.
"Oh?" Tallen's face lit up with a smile.
"I would like to try it. However, I can't promise that I agree to a lifetime of matehood… yet," she advised, placing a hand on his thigh.
All he heard was I would like to try copulation, and her hand was on him. "Suits off."
Cari gasped as they were suddenly both naked. She looked over at him in time to see him leaning closer for a kiss. Oh, what the hell! She shifted to straddle his legs, wrapping her arms around his shoulders. Her eyes closed when his lips kissed hers, sliding his tongue into her mouth. He began that sexy growl that vibrated throughout her body, pebbling her nipples and dampening her sex. She suspected those elusive balls of his had dropped again when his hard length pressed into her belly.
Tallen rolled over, tucking her beneath him, enjoying her gasp of excitement as she looked up at him. "May we copulate now, beautiful one?"

Naomi has worked as Will’s assistant at college where he teaches law classes as she earns her degree as a Paralegal.
After Naomi graduates, she learns that Will is quitting the college to work for a Senator in Washington D.C. When Will asks Naomi to work with him and the Senator. it does not take her long to accept the position.
No longer a professor and student, the attraction of this 30-something year old couple is palpable.
A terrifying act leads Naomi to a heartbreaking discovery. Did she ever really know Will at all?
(story originally published in Wickedly Exotic Winter Erotic Wonderland box set) 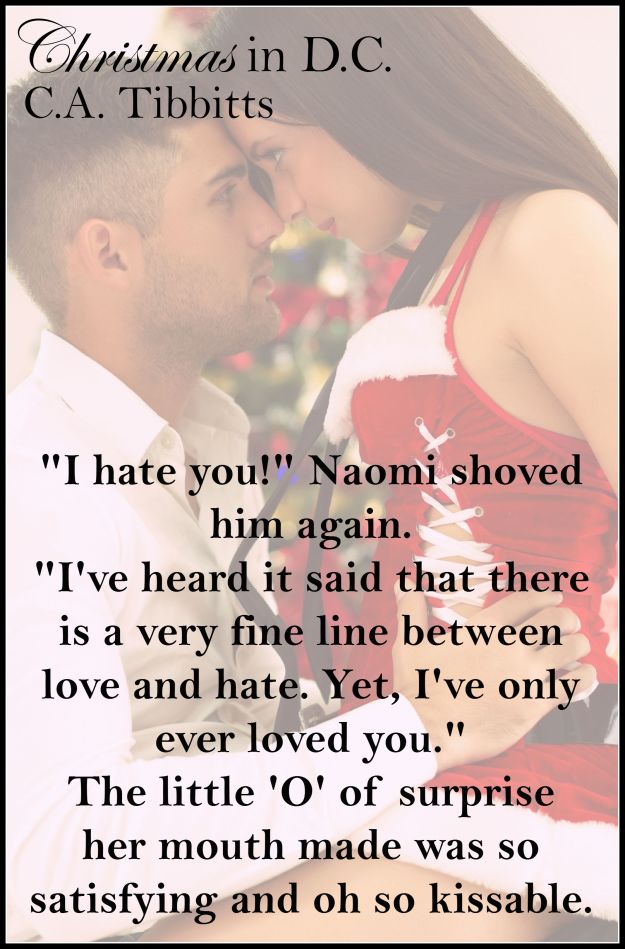 Naomi cut him off, kissing the question from his lips.
He moaned and slid his hands down her back, cupping her ass to pull her closer. If she'd been uncertain of what he was going to ask, she would surely get the hint with it pressed snugly against her stomach and getting harder by the second. One moment her hands were on his chest, the next, his pants fell in a heap around his bare feet. Her hand cupped the bulge barely contained in his gray boxer briefs.
"Are you sure? Nay, we can't go back after this." His forehead fell against hers as they both took a moment to breathe.
In a wordless answer, she freed her ponytail, sending her brown hair cascading down her back, and tugged her pink blouse over her head. Her skirt slid down next.

C.A. Tibbitts lives in Oklahoma, USA, with her husband of 18 years and a bossy parakeet. She has a degree as a paralegal and worked for the District Attorney's office, and before that, she worked as a travel agent.
Though she wrote for years as a hobby, her first published book was in August of 2014. Best known for her Pepper Valley Shifters series, she also has several short stories published with the Mystical Box Set Babes and in the Wickedly Exotic seasons series.
She loves to hear from her readers, and deeply appreciates honest reviews.

This amazing blitz has been organized by

Posted by authorkarenswart at 8:53 AM