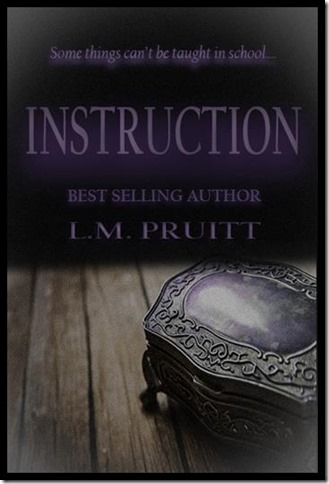 Taylor Allerton's speakeasy is one of the hottest nightclubs in Manhattan. Young, rich, and beautiful, she can have any man she wants--and usually does.

Namir Adeem just became the youngest partner at one of the most prestigious accounting firms in Manhattan. His determination to bring honor to his family leaves no time for any relationship.

When Taylor discovers just how sheltered Namir is, she takes it upon herself to give him the education he deserves.

Some things can't be taught in school....

“I’m sure it’s not the first time you’ve had to dissuade a woman in a bar.”

He barked out a laugh. “Ms. Allerton, I’ve spent more time in libraries and schoolrooms than in drinking establishments. I’ll confess, if you hadn’t intervened, I’m not sure how I would have handled your friend.”

“Look, I’ve already decided to hire you, so you really don’t need to continue plugging your education.”

“I assure you, that’s not my intention at all.” He coughed and scratched the side of his nose again. “I’m simply trying to inform you, as delicately as possible, that I am not used to this sort of… open culture.”

I stared at him, working to process his words. “I’m sorry, I’m not really following what you’re saying.”

“When I say I lack experience in certain areas, I mean I… lack experience.” He leaned his head back and closed his eyes. “You do not achieve the success I have at my age without making some sacrifices along the way.”

“Oh.” As the full impact of his words sank in, my eyes widened involuntarily. “Oh. Oh, God. Now I’m even more sorry about Kennedy and how she acted and what she said and--.”

“You don’t need to apologize, Ms. Allerton. You have been beyond professional in every way.” He opened his eyes, tilting his chin down and studying me with a slight smile. “At least you have while in my presence.”

“Well, thank God we can’t get in trouble simply for having dirty thoughts.” I crossed my legs and laughed. “Although it’s probably only me having those thoughts.”

He sat silent for long minutes before clearing his throat. “You would be wrong, Ms. Allerton.”

I lifted my brows, tilting my head to the side. “Oh?”

“I hope this won’t impact our professional relationship but since you are being honest, so must I.” His gaze shifted to mine and I sucked in a breath. “I find you very attractive, Ms. Allerton.”

“In the spirit of continued honesty… my friend was right.” I picked up my glass, taking along sip of watered down tea. “I want to fuck you.”

“As flattering as I find your statement, I doubt it would be very good for you, all things considered.”

“Do you want me to teach you?” I hadn’t even known the thought was in my head until the words were echoing in the room but it was instantly an obsession. Slowly, I began sliding around the booth toward him. “I will—as much as you’re willing to learn.”

He dropped his gaze to the table, shifting restlessly. “You should check on your friend.”

“You didn’t answer the question.”

“It was a highly inappropriate question, Ms. Allerton.”

“Still not an answer.” I leaned closer, my mouth a half inch from his. “Do you want me to educate you or not?”

“Wonderful.” I leaned back, pretending not to see the disappointment flash across his face. “We’ll start tomorrow.”

I think I did, even if I didn’t realize it. As early as middle school, I was scribbling in notebooks and creating stories—most of them didn’t go anywhere but they did help stoke the fire, so to speak.

Probably when I actually wrote a book from start to finish. It was… bad, lol, but I finished and that was what I had set out to do. It helped convince me I could really be a writer.

My latest release is INSTRUCTION and it can best be described as: Two young people engage in a short, intense affair with long-standing consequences.

It all depends on the book. Some of them take much longer than others. On average, I would say anywhere between 4-8 weeks.

I’ll definitely be continuing the INSTRUCTION trilogy and after that I have a series planned revolving around a rock band. I’ll also be working on continuing two of my paranormal romance series.

Most of my work is paranormal romance but I would consider my latest release to be a contemporary romance, more specifically a new adult romantica.

A little over a year ago, I attended a conference where a presenter said readers wouldn’t want to read about a virgin hero—more specifically, she said you simply couldn’t do it. So, me being me, I decided then and there that of course I would do it.

Joanne Watson, from the WINGED series. I can’t really describe why she’s my favorite, I just know she is.

Not really. I’ve learned to write pretty much anywhere at any time. I do work better when there’s some kind of background noise but not any specific type.

I don’t know if I’ve read them all but I do read my reviews. While I firmly agree they are for future readers, I do think if a writer look at the reviews of their work with a critical eye, they can glean valuable information. As an example, I had a mediocre review for one of my books mention a point that my beta readers, my editor, and I all missed—I wrote a solution in to the next book. Valuable feedback can come from anywhere.

I’d say maybe half of my character names have a specific meaning behind them while the other half are found by flipping through a baby name book. As for places, most of my books are set in real world locales, so I don’t really have to worry about names.

It really depends on the character. Main characters, I tend to know backward and forward—at least until the plot begins and I start ruining their lives. Then everybody gets surprised.

I think it requires a great deal of communication between the author, the screenplay writer, and the director. There are some directors—David Fincher is the first which comes to mind—who do their absolute best to be true to the source material. Others… not so much. I would say one of the worst book to movie adaptions I’ve personally seen was Relic, written by Douglas Preston and Lincoln Child and released as a movie in, I believe, 1997. It’s… bad. Really, really bad. 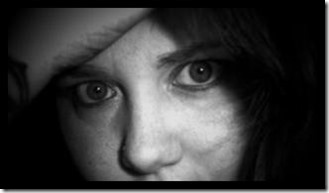 L.M. Pruitt has been reading and writing for as long as she can remember. A native of Florida with a love of New Orleans, she has the uncanny ability to find humor in most things and would probably kill a plastic plant. She knows this because she's killed bamboo. Twice. She is the author of the Winged series, the Plaisir Coupable series, Jude Magdalyn series, the Moon Rising series, and Taken: A Frankie Post Novel.