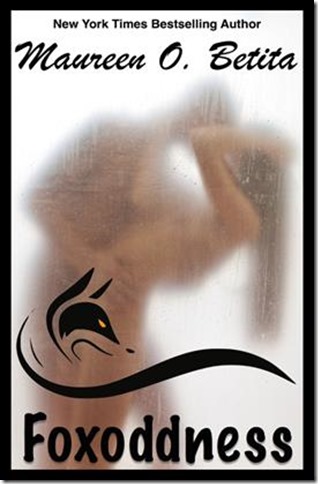 A house by the beach, happily married for over 25 years – what more could Sarah and Andrew Denby need? Yet, something is missing…until Will Bramble knocks on their door. He leads them into a deeper sensuality than they ever imagined.

The lanky redhead figures on a quick seduction, some fun in the sack and moving on. But Sarah’s laughter, Andrew’s strength, and the welcome of their bed, fills the hollow place in his heart.

From the haunted hills of Santa Bella, to the rambling fields of Scotland and the enchantments of Ireland, they discover the powers of physical intimacy, while the legacy of his magic, hidden beneath his human skin, brings their world to life.

Casually, Will laid an arm across the back of the bench. “The windows and doors won’t take very long. But if you’d like, we can talk about a few odd jobs. Like repairing this deck. I think the support beams are failing; it’s too spongy. I have the time on my schedule.”

She turned her face toward his hand and inhaled the batch of pheromones he’d set down earlier. Her eyes closed slightly and a tremble ran through her body. The obvious desire for more flew through her. She took another deep breath. He set his drink cup down and turned to face her. When he lifted his hand slightly, she ran a tongue down it, and then flinched back. “Oh! I…uh…” The blush from the coffeehouse rose to a full bloom on her face.

“Seems like a good thing to do…” Taking her hand in his, he raised it to his lips and ran his tongue down it, and then sucked several of her fingers into his mouth.

“I like to follow my instincts, Sarah.” Will looked straight into her eyes. He licked at her fingertips before setting that hand at his bulging crotch. With a moan, her eyes lost focus as the pheromones took hold. Will kept still when she pushed off the bench, knelt on the deck, and fought to get his pants open. Her fervor impressed him. She lowered her mouth onto him and sucked like it was the first cock she’d ever touched.

A smidge of guilt ran through him, but the glory of her mouth swept that away. If she hadn’t been inclined, it wouldn’t have worked.

Sarah nodded, and he helped her back to the bench, securing her shirt before putting himself back together. He picked up his drink and let her return to herself. His chemistry would make sure she stayed calm. Her memory wasn’t going to argue with what just happened. It would just shuffle it around; probably decide nothing had occurred save a pleasant fantasy.

As he expected, the lovely writer sat up straighter, picking up the conversation from where it left off. “Yeah, the deck. It is a bit spongy. I keep trying to talk Andrew into putting together a shed under there, with a door to the front and the back. And extend it.” She got up and pointed to the box below the deck, giving him a nice view of her ass. “That used to be where the twits before us kept their dogs.” It was as if the small interlude had never taken place.

His imagination sped ahead, picturing her spreading those legs and inviting him to fuck her. Battling the image, he finished his cookies and then told her to check out the bedroom. “You can watch while I get the new window in.”

Standing, she sedately followed him into the bedroom and lay down on the bed to observe him work. He stepped in and out of the room. One of the times he came back in, she’d slipped her hand under the waistband of the baggy jeans she was wearing and began masturbating. Will ignored her and kept talking about the window. When she climaxed, filling the room with her scent, he sat, pulling her hand free and cleaning it off. A small smile lit her face and then she drifted into a late afternoon nap. Her susceptibility boded well for his pursuit. He hoped Andrew was equally inclined. From impressions, he was nearly certain.

Character Bio: Will is the youngest son of a private and prominent family, living outside of Las Vegas. He is one of a twin and was born…well, differently. He’s spent his life wandering from job to job, lover to lover. He is of good nature and does no harm. He’s simply never found a reason to stay anywhere or with anyone. Until he meets the Denbys. 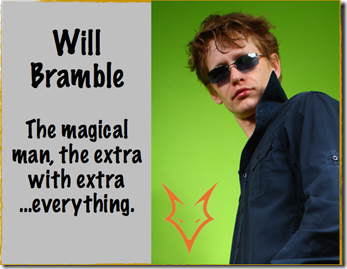 Until I met Sarah and Andrew, my worst trait was that I never hung around very long. I don’t think I’ve broken any hearts and I always tried to leave people in better shape than I found them. But I wanted more… My best trait is that I always believed there was something better coming my way. I’m an optimist, and I enjoy being an optimist. Oddly enough, it’s something that has been a struggle with Sarah and Andy. Falling in love makes me feel vulnerable. It’s odd, vulnerable and strong at the same time?

I’m older than I look. I’m sometimes treated like I can’t really know the things I know.

What is your biggest secret, something no one knows about?

Well, my secret was a secret, until Sarah and Andy… If I tell you, well…keep it to yourself, okay? I wasn’t born human!

Losing who I love by revealing my secret and being rejected.

I used to think I wanted my roaming freedom to never end. I know now that I really wanted a home and denmates. I mean, a family!

Was always available has changed to…something so much better.

Well, I’m the only one who didn’t stay near the family home… I’m a bit of a rebel?

I know how to create wonderful things with my hands. *snicker

Sarah and Andy. Though, they don’t really belong to me. I think I belong to them…

My sense of smell. It’s a gift.

*snarls* This bastard preacher in Scotland…

*tilts his head, pauses - The ability to forgive.

*snickers, then clears throat and sits up straight -Flexibility! Really!

I wish I were stronger, and faster. 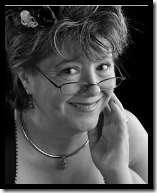