Book Blitz and Giveaway: How He Really Feels He Feels Trilogy Book One by Lisa Suzanne 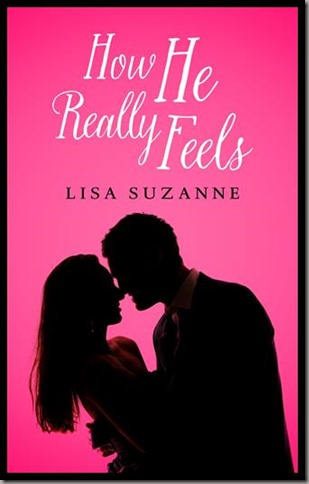 How He Really Feels

Julianne Becker is desperately in love with her boss, Nick Matthews. She has daydreamed about him since the day she first met him a year earlier, but she is firmly stuck in the friend-zone until New Year’s Eve, when the game completely changes and she finds out how Nick really feels about her.

They embark on a sexy affair that’s everything Julianne ever dreamed of... except she can’t tell anyone about it. What will happen if anyone finds out about their secret relationship? And how will her lifelong best friend, Travis Miller, react when Julianne begins a relationship with someone who isn’t him?

How He Really Feels is a novel that explores relationships and love between coworkers and friends. It contains some adult situations and is intended for mature readers.

Who cared that I didn’t have anyone to kiss at midnight? The important thing was that this was the end of an old year and the start of a brand new one, and I had several goals in mind for this new year. The most important, of course, being Nick. I would find a way to push past this professional business friendship relationship we had formed. I would find a way to kiss him, hold him, make love to him in this new year.

It was my resolution, and I was determined to make it happen.

Everyone raised their glasses in the air and counted along, “Ten! Nine! Eight! Seven! Six! Five! Four! Three! Two! One! HAPPY NEW YEAR!” I glanced over at Lucy, whose lips were locked to Jake’s, and then Travis, who was kissing Brooke. I smiled, happy for my friends despite my lack of a man to kiss at midnight, when I felt a tap on my shoulder.

I turned around, and my heart stopped as my eyes met Nick’s. Utter shock hit me as I realized that he was actually here. And he looked fucking sexy in a black suit with a gray shirt under it, open at the collar. He had just a shadow of a beard, making him look rugged and manly, and his hair was mussed perfectly in every direction. I was so dazed that he was standing in front of me that I was rendered momentarily speechless.

The room suddenly got very quiet around me, and all I could do was stare at him. His eyes never left mine as he brought both of his hands up to cup my cheeks and I was certain at that moment that he was going to kiss me. My heart slammed into my ribs and then my eyes closed automatically as his lips brushed mine just once. Every nerve ending in my body was alight with electricity at our connection. He clutched me close against his chest in a quick embrace. “Happy New Year,” he murmured, his breath tickling close against my ear, sending shivers down my spine. And then, as if it had all been a dream, he was gone.

I stood rooted to the spot, unsure of whether that had really happened or if I had just imagined it, if I had dreamed it because I wanted it so badly or if all of the champagne had finally caught up with me and I was hallucinating.

It was like the room had been on mute for a moment, and suddenly someone had turned the volume back up to full blast.

“Happy New Year!” Travis shouted to me, pulling me into a hug and kissing my cheek. I blinked a few times, trying to focus on what was happening around me, still unsure of what had just happened.

I shook my head to clear it, echoing, “Happy New Year,” to Travis.

Lucy hugged me next, and then Jake and Holly. We all clinked glasses as a group, and I realized that everyone had been so wrapped up in their own New Year’s kisses that no one had witnessed mine. Whether or not it was in my mind or it had really happened, it was my very own New Year’s secret. And that secret, special moment that the two of us had shared had been perfect, even if it had only been in my mind.

Lisa Suzanne is a high school English teacher who lives at home in Arizona with her amazing husband and adorable yellow lab.