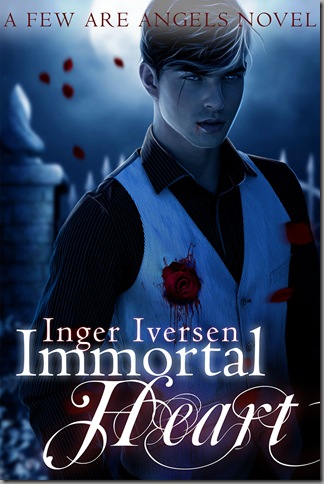 Book Info-
Title-Immortal Heart
Series-Few Are Angels Book # 3 (Prequel)
By-Inger Iversen
Expected Publication Date- September 28th, 2013
Genre-New Adult/Mature YA-*Contains sexual content*
Blurb-
More than a century after the tragedy of Hélène's death and before Ella found Kale bruised and broken on her doorstep, Kale moved through the world in a haze of personal punishment allowing it to consume him. Until his friend, Detective Deacon, a newly infected Chorý calls on him for a favor.
In this prequel to the Few Are Angels series, Kale is thrown into a world of human blood trafficking and is introduced to a Chorý that offers him a chance at happiness— in blood.
Links-
Goodreads- http://www.goodreads.com/book/show/17456630-immortal-heart

Otis entered the room and sat down beside him. “Why you looking at the money like that? Isn’t it enough?
“It’s enough.” Hunter snatched the money off of the table. Placing it in his pocket, he looked over to the door that led to Tony’s office. “What went on in there?” he asked.
Otis shrugged. “Talking about packing up shop and taking this dog and pony show further north.”
Hunter looked at Otis, shocked. Why was Tony thinking of leaving Arcata? And where would they go? Business was good. All he had to do was start taking girls from another state, and HQ could remain here.
Was it his fault the boss wanted to leave? That detective did come to his house, question him, and promise to return. No one else in the group had been questioned. “He can’t stay here and send us up north?”
Otis turned around to face him. “Kid, are you insane?”
Hunter snarled at the man for calling him kid, and Otis chuckled.
“Cute.” Otis leaned back in the chair and propped his feet up. “We’ve filled the order for Hickston, and now that the detective was at your place asking about one of the girls we have, we can’t risk staying much longer.” He shrugged and pulled an envelope from his pocket.
“When’s he leaving?” Hunter stood and went to the window. It was dark as hell out, but he could still see the beach and sparkling waves from where he stood.
“A week, after the merchandise is gone.”
“That soon?” Hunter glanced back at Otis, who was counting his money. When he was done—evidently satisfied with the amount—he placed the money back in the envelope and looked back up at Hunter.
“It’s a week longer than he wants to stay, but it’s not easy getting nine stolen girls on a plane,” Otis murmured. “It was easy to get them here, but now that they are considered missing, we have to be extra careful in transporting them.” Otis put his money back in his pocket.
“That girl.” He leaned back and closed his eyes. “The one with the pretty eyes, who smells like cherries and vanilla,”
“What about her?” Hunter asked. His mind was still on the move that Tony had planned but hadn’t told him about. Was the boss planning on leaving him, or was Otis supposed to tell him about it?
“I want her.” Hunter turned to Otis and frowned. What did he want with some kid? Yeah, she was pretty, but was she worth the problems she could create for them?
“She’s probably not worth the trouble,” Hunter muttered.
Otis’s husky chuckle vibrated around the room. The look in his eyes told Hunter that he disagreed and was definitely going to pursue the girl.
“Now, that’s where you’re wrong.” Otis stood and stretched. He ran his hands through his blond hair and put his hand over his heart. “I love a challenge. Makes the blood taste so much sweeter. Plus, I consider her a loose end, and since we’ve filled our order…” He licked his lips and rubbed his hands together in anticipation. “She is fair game, and I call dibs.”
He smiled so widely that Hunter shook his head and shrugged.
“One girl can’t be that exciting, Otis.” Hunter wasn’t interested in the girl at all. He’d gotten his fill of blood from Tony.
Otis patted his pocket in search for his cigarettes. “I can imagine my fangs sinking into her soft flesh, the gasps of pain and pleasure from my bite, the way she’d either fight or fall into my arms.” He groaned at the thought. “I’ve been so busy collecting girls that I haven’t had the chance to choose a girl to my own liking.”
Hunter shrugged. He still didn’t believe that the girl was worth it. Otis could feel that way for any human he fed on. Why did it have to be this girl?
“Hunter.” Otis strolled over to him. “You are still a kid, new to the Chorý world. You’ve never had to hunt for your food; it is always readily available to you through Tony and girls that don’t mind being food. The thrill of the hunt is riveting, and once you experience it, you’ll never give it up.
“Whatever.” Hunter pulled his gaze from his partner and back to the surf. “This move to the north, did it include me?” he asked, getting back to the conversation he really wanted to have.
Otis leaned against the window, entering Hunter’s personal space. He pulled a clove-laced cigarette from the pack and lit it.
“Is that what you’re worried about, baby brother?” Otis smiled, flashing his fangs. Laughter creased his face. “Being left behind? Well, let me ease your mind; if you weren’t coming with, you would have never known that we were leaving.”
He took a puff of the cigarette and blew it over Hunter’s head. “I have an idea. I’m going to take you on a hunt with me. I’d like to check out where my girl lives.” Otis pushed away from the window and grabbed his keys from the table.
His long legs and powerful gait had him at the door in seconds, leaving Hunter to jog across the office to meet him at the door. “How are you going to find out where she lives?”
Otis chortled again. They exited the building, but instead of heading to Otis’s car they headed in the direction of the detention center where they had stored the merchandise. 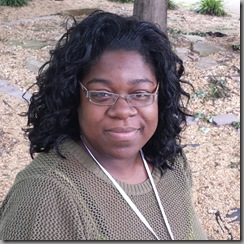